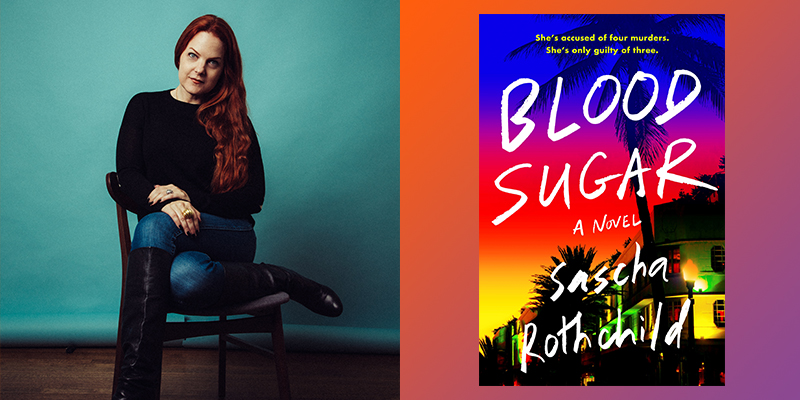 Sascha Rothchild on Diabetes Noir, Killers in Yoga Pants, and Therapy for Sociopaths

Sascha Rothchild has worked on some of our favorite shows in the (now virtual) office, including GLOW and The Bold Type, so it’s no surprise that when I was given an advanced reading copy of her debut thriller, Blood Sugar, I devoured it (despite the book’s rather effective message of self-care and restraint). Sascha Rothchild was kind enough to answer a few questions about the book and its absurdly charming killer. Scroll down to see an exclusive cover reveal. Blood Sugar will be published in April of 2022.

MOLLY ODINTZ: So, one of my coworkers is a type 1 diabetic, and I was recommending this to her as “diabetes noir”—can you talk about the use of diabetes in the story to ratchet up tension? Do we need more fiction exploring the consequences of chronic disease?

SASCHA ROTHCHILD: My IRL husband is type 1, which has greatly broadened my awareness of chronic disease in so many young people who are seemingly healthy. This novel is personal because the idea for it sprang forth one night when I couldn’t sleep and worried my husband would suffer from a low blood sugar while asleep and die. This is such a common thing for type 1s it has a name, ‘dead in bed.’ After I got past the thoughts of sadness, I then started to think about logistics. I watch a lot of true crime and know the spouse is always a suspect. Would the police think I murdered my husband?! Then my mind wandered into fictional territory. What if I had in fact murdered people in my past? What then? But back to my real life. Worrying about my husband being dead in bed and other chronic illness raises the stakes of everyday existence, making the oft mundane life or death. My goal was that using this somewhat ordinary disease to heighten stakes makes the tension in Blood Sugar feel totally realistic and relatable, and yet still fraught and suspenseful. I think if done thoughtfully and truthfully, exploring chronic disease in fiction can bring insight to those who suffer and caretake and bring added dire circumstances to story.

MO: Your protagonist, to put it simply, rewards the good, and punishes the wicked. Of course, the weakness here is that she’s the one who decides. What’s the place of moral judgement, when it comes to crime fiction?

SR: I’m so glad you think she punishes the wicked! One exciting part of writing this novel was picturing the readers forming their own opinions of my heroine/antiheroine. I think it is each individual reader who gets to ultimately judge if the protagonist should be adored or chided for her behavior. Ruby Simon, the protagonist, would tell you it is more important to make clear decisions than to question or morally judge decisions already made. I think many of us have an amazing ability to justify our own behavior. “I only cheated because I was drunk.” “I ate the whole bag of cookies because I did a 5k.” “I lied because I didn’t want to hurt his feelings.” And on and on. Crime fiction is an excellent place to heighten reality, explore the moral judgements of individuals and the society as a whole those individuals live in.

MO: This book is part of a new trend that I’m really loving—instead of playing the victim, the hot girls in yoga pants are finally getting their due as tightly controlled agents of their own fate. Is yoga (and its attendant self-care culture) the first step towards becoming a murderer?

SR: Ha! Yoga helps with being centered and aware and strong and balanced. I think useful tools to feeling capable of killing someone in self defense. Self-care culture and putting the oxygen mask on yourself first easily bleeds into a mindset that one should take down anyone around who is toxic. I think in real life that means unfriending, breaking up with, ghosting, and creating clear boundaries. Healthy ways to remove oneself from emotional or physical danger. In fiction, it could certainly mean murder.

MO: Without giving away the ending, the book seems so carefully plotted. What’s your writing style, when it comes to outlining?

SR: When I began this novel I knew exactly who Ruby was, where she was starting, and where she would end. When writing, I create an outline with a beginning and a midpoint and a clear resolution. And make a list of the most important characters and what makes them most specific. Then I start writing chapters and fill in the details as I go along. Making my way to hitting the main story points, and enjoying the space in between to explore the characters and the world. As unplanned details come up, I make a note of them in a separate document, sure to mention them again later and weave them into the story in a meaningful way. So nothing is wasted or unnecessary.

MO: In a sly parody of therapizing, the protagonist chooses not to dwell on the past (especially if it makes her feel guilty). Are those of us able to look ahead and live our best lives…all secretly sociopaths?

SR: Secret Sociopath is a fantastic title for something. In my layman’s brain I think there is real power in being a sociopath. Most CEOs are, according to some study I once read. For me the fantasy is in not caring so much about what other people think or feel all the time. What a luxury to not leave a party wondering, did I say the wrong thing? Did I wear the wrong jeans? Did I hurt so and so’s feeling because I forgot she didn’t eat nightshades and I offered her a french fry? Taking a tiny sliver from a sociopath’s handbook but keeping a healthy amount of love and compassion is probably the best recipe for living our best lives. But that is the joy of crime fiction, we can curl up in our beds or on our beach towels and dive into the wish fulfillment of doing and saying exactly what we want with no regard for others. While reading, we can be entertained and excited and relish in being selfish. 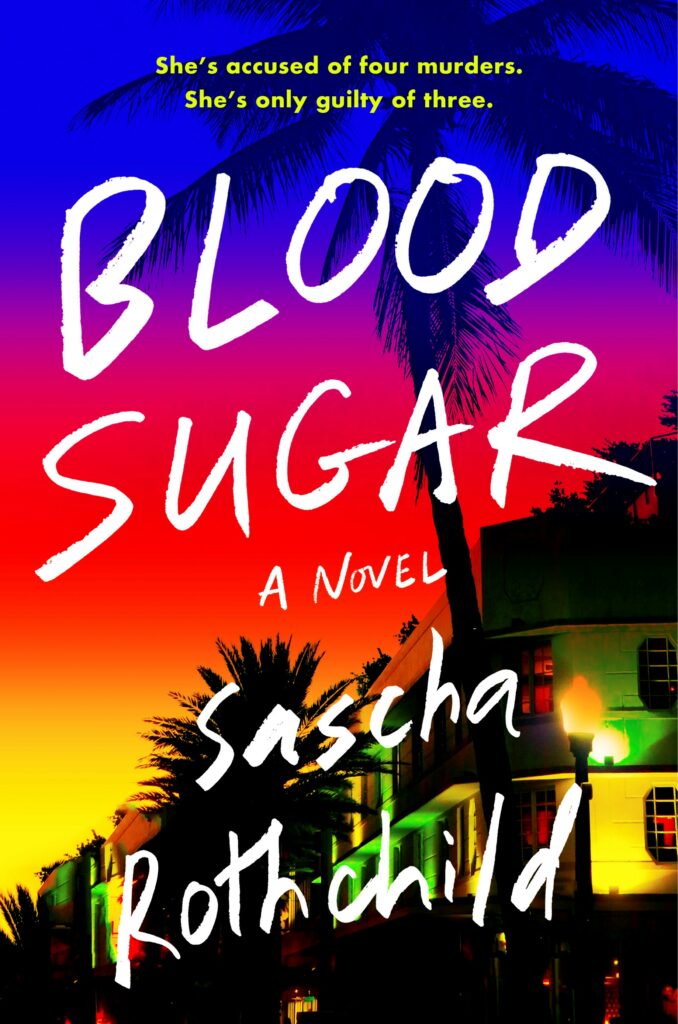 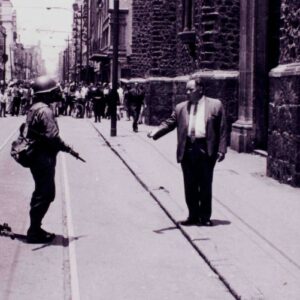 My latest novel, Velvet Was the Night, is a noir set in the Mexico City of the 1970s. This is a changing world, beset by political...
© LitHub
Back to top