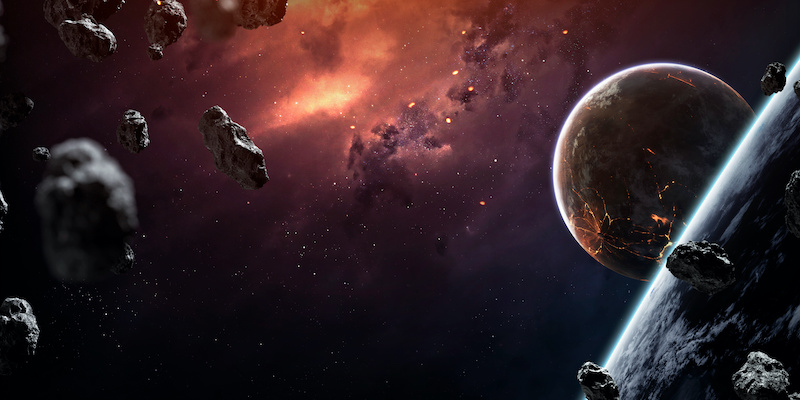 "[L]ike the people who inhabit a science fiction story, my characters are equally pushed to their limits...crime writers explore the outer reaches, not of the universe, but of the human psyche."

As a boomer kid, I grew up in the space age when science fiction was in its heyday, in books and on screen. I devoured authors like Isaac Asimov, Arthur C Clarke, Philip K Dick, Ray Bradbury and Robert Heinlein, fueled not only by a passion for stories, but an intense curiosity as to what was out there, beyond our planet and solar system—and what might await us in the future. With the moon launches and Star Trek and Star Wars dominating small and big screens alike, it was a heady and exciting time to be alive. Back then, it felt like anything was possible.

Unsurprising, perhaps, that I wanted to be an astronaut when I grew up (with prima ballerina as a default option if that fell through). It didn’t take long to realize both were equally unobtainable. I had no head for science, and I was scared of heights and flying, plus I hadn’t the physique for ballet. It wasn’t until I reached university and studied English literature that I finally admitted to myself that what I really wanted, deep deep down, was to be a writer and create stories of my own. But faced with the giants of literature that I studied every day, that too felt about as likely as flying to the stars.

Roll on a few years. I’m working as a journalist and finally, slowly, finding the courage to dip my toes into the waters of fiction. After an initial foray into picture books when my kids were little, I found my niche in young adult thrillers, and some years later, adult crime novels.

Despite my enduring love of science fiction—I’m always first in the queue when a fresh sci-fi film hits the cinemas—it has never occurred to me to write it. Frankly, I don’t have that kind of imagination. I preferred to inhabit other people’s visions of life in the future or on alien planets than try and build my own. What interests me more, it seems, was people—what motivates them, what scares them, and how people react when things go terribly, unpredictably wrong.

Ironic, perhaps, that my first adult crime thriller, The Dark, is set in a place so remote, so hostile, that it could almost be on another planet: Antarctica. My thirteen characters are isolated for months on end in twenty-four hour darkness, living in an ice station they can’t leave and no one can reach. To venture outside, they have to don outdoor gear almost as cumbersome as space suits to survive temperatures that can be as low as -80 Celsius. Indeed, it’s said to be easier to remove a person from the International Space Station than it is to get somebody out of Antarctica in midwinter.

Scratch below the surface, however, and you’ll find plenty of similarities between a good psychological crime thriller and science fiction. Most great sci-fi is as much an exploration of what it means to be human as it is an exploration of outer space and what might lie in wait for us, should we ever develop the ability to leave our planet for an extended length of time. Both crime fiction and science fiction focus on how humans cope under extraordinary circumstances.

Crime fiction, like sci-fi, is also driven by one human quality over all: curiosity. That desperate, greedy need to know that keeps you turning the pages while the clock ticks into the small hours. What is happening? Who did this, and why? How will our protagonist unearth the truth? Both kinds of story are propelled by this thirst for knowledge, for understanding, the need to fit all the pieces together into a coherent, comprehensible whole.

I might not be able to imagine new worlds, alien species. I can’t envision life on a space ship or a colony on a newly discovered exoplanet. But crime thrillers involve their own kind of world-building especially if you write, as I do, from a first-person perspective. My protagonist is the world I have to build. Their reactions, observations, memories and subconscious yearnings  – those are the lens through which the story will unfold. My narrator’s journey is the reader’s journey, and like my main character, everyone who embarks on that voyage will hopefully be changed, just a little bit, by the end.

And like the people who inhabit a science fiction story, my characters are equally pushed to their limits, sometimes physically, always psychologically—crime writers explore the outer reaches, not of the universe, but of the human psyche. In The Dark, Kate comes face-to-face with the most hostile environment on earth, and it almost kills her. In my forthcoming second novel, the Mexican desert plays a similar role—a place so unfamiliar, so dangerous, it pushes people to their physical and psychological limits.

In the end, there’s a lot to be said for not being adept at something you love. When I read crime fiction there’s always an inner editor, an over-zealous beta reader in my head analyzing each twist and turn of the story, each surprising reveal, going ‘I see what you did there’ at every turn. But when I read sci fi it’s just the pure, unalloyed joy of strapping myself in and heading off on someone else’s journey, with no attempt to second-guess my destination.

2001: A Space Odyssey by Arthur C Clarke – An alien civilization kickstarts human life into intelligence via a mysterious crystalline monolith.

Roadside Picnic by Arkady and Boris Strugatsky – The book that preceded my favourite film of all time, Andrei Tarkovsky’s Stalker, about a mysterious zone created on Earth by aliens.

A Clay-Machine Gun by Victor Pelevin – Manic, elusive, profound and unendingly brilliant exploration of post Soviet society and metaphysics via a man in a Moscow psychiatric clinic.

The First Fifteen Lives of Harry August by Claire North – A beautiful and touching ‘Groundhog Day’ style exploration of a man forced to live his life over and over.

Five of my favourite crime thrillers:

Miss Smilla’s Feeling for Snow by Peter Hoeg – Danish novel that follows one woman’s  investigation into the suspicious death of a boy from Greenland.

Alys Always by Harriet Lane – A taut, suspenseful debut about a woman who uses a car crash to infiltrate an elite family.

Apple Tree Yard by Louise Doughty – Searingly smart and deeply psychylogical drama hinging on an extra-marital affair and one night in a dark London alley.

You Don’t Know Me by Imran Mahmood – A young black defendant stands accused of murder. Just before the closing speeches, he sacks his lawyer and embarks on his own defence speech…

The House of Correction by Nicci French – Intense psychological thriller about a woman trying to prove her innocence from the confinement of prison. 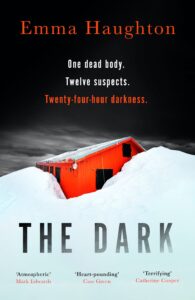 The Dark, Emma Haughton’s chilling new thriller for adults, was published by Mobius in August 2021. Emma grew up in Sussex; after a stint au pairing in Paris and a couple of half-hearted attempts to backpack across Europe, she studied English at Oxford University then trained in journalism. During her career as a journalist, she wrote many articles for national newspapers, including regular pieces for the Times Travel section. Following publication of her picture book, Rainy Day, Emma wrote three YA novels. Her first, Now You See Me, was an Amazon bestseller and nominated for the Carnegie and Amazing Book Awards. Better Left Buried, her second, was one of the best YA reads for 2015 in the Sunday Express. Her third YA novel, Cruel Heart Broken, was picked by The Bookseller as a top YA read for July 2016.

Billy the Kid’s Fictional Afterlife: From the Ridiculous to the Sublime 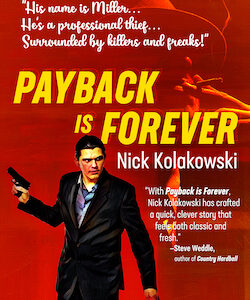 The morning newspapers offered precious few developments about the amusement park massacre. The police had discovered the robbers’...
© LitHub
Back to top