Where have all the roadhouses gone? 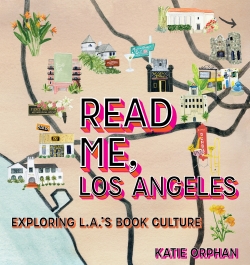 In The Postman Always Rings Twice, for example, the fictional Twin Oaks Tavern is at the center of much of the action. The story in Cain’s debut novel revolves around the tavern’s owner, Nick Papadakis (“the Greek”), his younger wife, Cora, and Frank Chambers, a drifter they hire to help out at the place; Cora and Frank get involved and conspire to kill the Greek. The Twin Oaks is a roadhouse in the mountains above L.A., with a gas station and motel joining a restaurant to make Papadakis’s little empire. Places like that were common in the 1930s and ’40s but aren’t today, so the few that are left are treasures. Newcomb’s Ranch is one of them.

Newcomb’s opened in what is now the Angeles National Forest in 1939, only a few years after Cain wrote Postman. It’s a cheery, ranch-style wooden building set among pines, on winding Angeles Crest Highway about an hour north of Glendale, where the Papadakises would travel to do their shopping.

Newcomb’s Ranch is a popular weekend destination for motorcyclists who stop for lunch after roaring up Angeles Crest Highway, and I enjoyed the drive up as much as they do. It’s a gorgeous journey into the San Gabriel Mountains; if you go in winter, you might be fortunate enough to encounter trees flocked with snow and low-hanging clouds settling around the peaks.

When Chambers arrives at the Twin Oaks in the first chapter of The Postman, he orders “orange juice, corn flakes, fried eggs and bacon, enchilada, flapjacks, and coffee.” I couldn’t possibly manage all that, so I ordered fried eggs and coffee and absorbed the retro atmosphere that’s not (other than the modern motorcycles and cars) terribly different from what it was in the Twin Oaks era.

Breakfast complete, I headed back down the mountain to Glendale to explore the setting of Mildred Pierce, Cain’s 1941 classic.

Breakfast complete, I headed back down the mountain to Glendale to explore the setting of Mildred Pierce, Cain’s 1941 classic. Mildred finds success (for a while) during the Depression by opening a successful chicken-and-waffle restaurant in Glendale called Mildred’s; she later adds branches in Beverly Hills and Laguna. They were, of course, fictional, and Glendale no longer has any 1930s-style chicken restaurants, although the older residential neighborhoods in this L.A. satellite city are filled with houses and apartments from the 1920s and ’30s, giving me a feel for Mildred’s era. And because the resting places of the dead don’t get torn down for high-rises, one location remains from the novel: Glendale’s Forest Lawn Cemetery, where Mildred’s younger daughter, Ray, is buried after she dies of an infection. Had Ray Pierce been real, I would have searched for her grave. Instead I wandered around the rolling green hills studded with gravestones, thinking of Mildred’s grief and the mess she makes of her life as the novel progresses.

To complete a trifecta of locations from Cain’s three major hard-boiled novels, I set out to get a feel for the L.A. in Double Indemnity. Many of its locations are sketched in loose terms-—bungalows in the Los Feliz hills, Spanish mansions in the Hollywood Hills—but there are a few places and routes spelled out.

From Forest Lawn in Glendale, I headed west to Hollywood and up into the hills via Beachwood Drive, one of my favorite streets in L.A. A pleasure to drive, it leads into the original Hollywoodland settlement of the early 1920s, where Cain himself lived and where he placed his Double Indemnity femme fatale, Phyllis Nirdlinger. Antihero Walter Huff is nudged into giving Lola, Phyllis’s stepdaughter, Phyllis, and Lola’s date, Mr. Sachetti, a ride down the hill to Hollywood and Vine. He first takes them to the drugstore on Beachwood, which I took to be the Beachwood Market, a neighborhood staple since 1933 that’s well worth a stop.

Back then, Beachwood went south to Hollywood Boulevard, but the route was interrupted decades ago with the construction of the Hollywood Freeway. So instead of driving down to that famous intersection, I stayed in Beachwood Canyon and headed to 6301 Quebec Drive, Phyllis’s house from Billy Wilder’s masterful 1944 movie adaption. Not only does it look the same as it did in the movie, it even looks like how Cain describes it in the novel: “It was just a Spanish house, like all the rest of them in California, with white walls, red tile roof, and a patio out to one side. It was built cock-eyed. The garage was under the house, the first floor was over that, and the rest of it was spilled up the hill any way they could get it in. You climbed some stone steps to the front door, so I parked the car and went up there.” Legend has it that Cain suggested this house for the movie location, which means this may have been the very house in which he pictured cold-blooded Phyllis when he was writing the story in the 1930s.

Katie Orphan is a manager at The Last Bookstore in Los Angeles and author of the forthcoming book Read Me L.A. from Prospect Park. Prior to selling books for a living, she graduated from the University of Sheffield and Whitworth University, where her advisors turned a passion for literary tourism into a serious pursuit. When not reading and recommending books, Katie can be found with her family, on a hiking trail, or traveling wherever she can.

The Uncanny Appeal of the Seaside Mystery 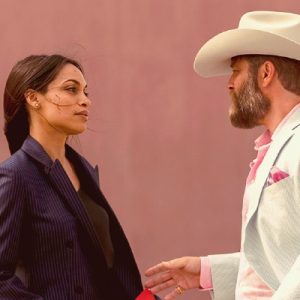 There’s a moment toward the start of episode 1 of Briarpatch, the new series on the USA network, when Allegra Dill sits...
© LitHub
Back to top