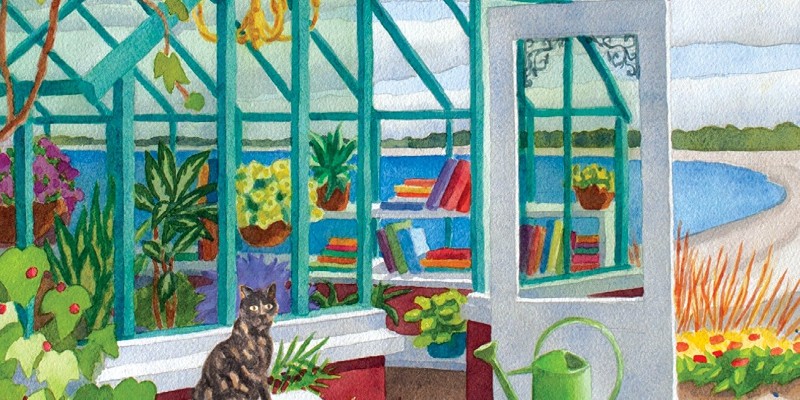 Seascapes and Murder: The Perfect Combination for a Cozy Mystery

A look at the handknit world of seaside cozy mysteries

There’s something soothing about living by the sea: the steady sound of rhythmic waves lulling you to sleep at night, walking the beach while scouring the sand for seashells, the smell of suntan lotion and briny salt-kissed air. Even a quick thunder or snowstorm by the sea can be calming if you’re safely inside, stretched out on your window seat, snuggling under a handknitted throw with a cup of tea and a good book. But like the twists and turns in a cozy mystery, the sea can also be wild and unpredictable with its huge whitecapped waves able to capsize ships, not to mention hurricanes and nor’easters that can wipe out entire shorelines with their fury.

I’ve always been drawn to the sea, which is the reason I’ve set both of my cozy mystery series in small oceanfront towns. Interior decorator Meg Barrett in “My Hamptons Home and Garden Mystery” series lives in a cozy cottage in Montauk, atop a moor overlooking the Atlantic on the easternmost tip of Long Island. My “A By the Sea Mystery” series takes place in Central East Coast Florida on a barrier island nestled between the Indian River Lagoon and the ocean. In my latest book, Evil by the Sea, novelist Liz Holt has her hands full between helping sponsor the island’s Mystic Mermaid Festival, along with trying to pull off the first destination wedding at her family’s hundred-year-old hotel, the Indialantic by the Sea. When groom-to-be, white warlock Julian Rhodes is poisoned at his rehearsal dinner while on board the hotel’s sightseeing cruiser, his fiancée, celebrity psychic and Liz’s great-aunt’s friend, Dorian Starwood, is the authorities chief suspect. Liz has to wonder, if Dorian Starwood is the psychic she claims to be—why didn’t she foresee her fiancé’s murder?  Could it because she is the one who killed him?

Below, I’ve listed five of my favorite cozy mystery series, and guess what? They just happen to take place by the sea. So if you’re yearning for the sea, all you have to do is pick up one of these cozy mysteries and sail away to uncharted waters…Bon Voyage! 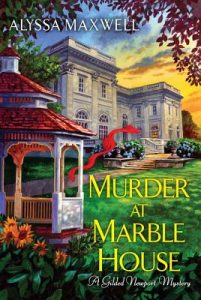 Alyssa Maxwell’s historical “Gilded Newport Mystery” cozy series takes place at the end of the nineteenth century amidst the stately mansions of Newport, Rhode Island, where we find society columnist Emma Cross, a distant relative of the well-heeled Vanderbilts, involved in murder and mystery by the sea. In one of my favorite books in the series, Murder at Marble House. Ms. Maxwell begins Chapter One with: “The tide splashed against the boulders at the tip of my property, the spray pattering my face to mingle with the single tear I could not prevent from rolling down my cheek. I stared out over the ocean in an attempt to channel all that great strength and make it my own.” 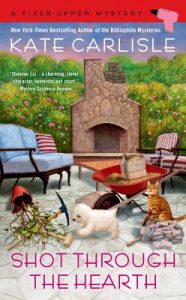 Another favorite cozy mystery series of mine that has a seaside feel is New York Times bestselling author Kate Carlisle’s “A Fixer-Upper Mystery” series, where contractor Shannon Hammer solves mysteries set against the Northern California coastline in the cozy town of Lighthouse Cove. In her latest book, Shot Through the Hearth, Shannon finds herself trying to find proof that her good friend, a retired tech billionaire, is innocent of killing his former partner. 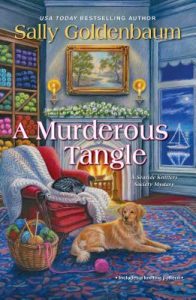 USA Today bestselling author Sally Goldenbaum’s “Seaside Knitters Society Mystery” series is set in the fictional east coast village of Sea Harbor, Massachusetts. The series centers on a group of friends who bond together at a cozy knitting shop. It’s the type of place where you wouldn’t be surprised to see Agatha Christie’s Miss Marple dropping by for a cup of tea and a new ball of yarn. In chapter one of the third book in the series, A Murderous Tangle, Ms. Goldenbaum sets the coastal scene with: “But on that day–a chilly December afternoon–she felt no alarm or fear or foreboding. Instead, what she experienced was a powerful sense of nature: of deep blue-black water, the salty taste of the air, and the shiver of the cold breeze as it lifted the dark hair on the back of her neck.” 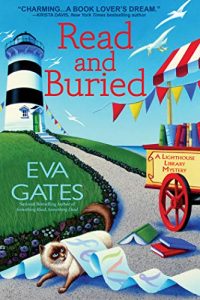 Selection number four in my list of favorite cozies by the sea is Eva Gates’ popular  “Lighthouse Library Mystery” series set in Nags Head, North Carolina at the Brodie Island Lighthouse. What sea lover doesn’t adore a good lighthouse? And what booklover doesn’t like a good library? I know I do. In Read and Buried, the sixth in the series, librarian Lucy Richardson unearths a map dating from the Civil War, along with a page written in undecipherable code. But that’s not all Lucy discovers, because later that night she stumbles upon the dead body of historical society member Jeremy Hughes. 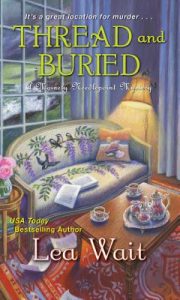 And last, but definitely not least, is the late USA Today bestselling author Lea Wait’s delightful nine-book “Mainely Needlepoint Mystery” series set in the quaint coastal town of Harbor Haven, Maine. Ms. Wait’s last book in the series, Thread and Buried, finds needlepointer Angie Curtis working on the set design of a movie based on a local woman’s story about a true love lost at sea. When the producer of the movie is murdered on set, Angie finds herself trying to solve, not one, but two mysteries. I would also like to sneak in my recommendation of Ms. Wait’s popular eight-book Antique Print Mystery series also set in a seaside location in Maine. She will be truly missed but live on in the pages of her wonderful books. 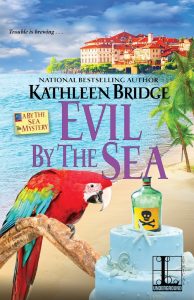 Kathleen Bridge is the author of the By the Sea Mystery series and the Hamptons Home and Garden Mystery series, published by Berkley. She started her writing career working at The Michigan State University News in East Lansing, Michigan. A member of Sisters in Crime and Mystery Writers of America, she is also the author and photographer of an antiques reference guide, Lithographed Paper Toys, Books, and Games. She teaches creative writing in addition to working as an antiques and vintage dealer in Melbourne, Florida. Kathleen blissfully lives on a barrier island. Readers can visit her on the web at kathleenbridge.com. Her new novel, Evil by the Sea is now available.
http://kathleenbridge.com

Cancer, My Mystery Novel, and Me: A Survivor's Story 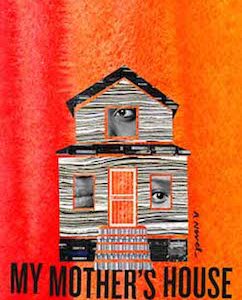 The house screamed, “Fire!” from every orifice. Difé! Melting windowpanes rolled down the aluminum siding, dripping...
© LitHub
Back to top