Lunatic fans! Teens run wild! Unlikely assassins! Twisted twins! And that old favorite, trouble in paradise! September is a festival for thriller fans, with many delights to sample. Don’t fill up on bread—let’s get straight to the main course. 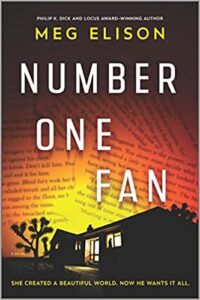 Elison’s premise is a little rocky: a popular fantasy novelist, Eli Grey, gets into a car she thinks is taking her to a speaking engagement. Assuming the car has been provided for her, she accepts a drink from the driver and wakes up in his basement. Light on family and friends who would miss her, Grey is left to her own wiles to figure out who her captor might be and what the motivation is for kidnapping her. Creepily, he is very, very well versed in her novels and the world she has built in them. The novel is an interesting look at what fandom means in the age of social media and convention culture. 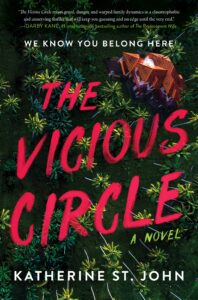 Paul Bentzen and his wife, Kali, have built a spiritual health center deep in the Mexican jungle called Xanadu (alas, it does not have Olivia Newton-John on roller skates, but work with me here). When Paul dies suddenly, the surprising heir to Xanadu is not Kali but his niece, Sveta. As uncle and niece have not spoken in many years, Sveta is shocked to learn about Xanadu, and arranges to travel there from New York City. Needless to say, she finds a creepy center rather than a spiritual one, and the members strike her as brainwashed, not benign. Can she get herself out of Xanadu quickly enough to save her health and sanity? 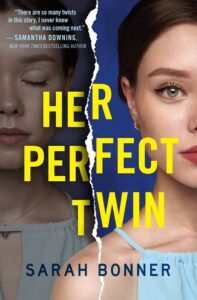 Megan and Leah are estranged identical twins. When Megan finds pictures of Leah on her husband’s phone, she is beyond furious. Leah is the kind of sister who incites jealousy: rich, famous, and free to do as she pleases. Megan knows she has to kill Leah, but when lockdown hits she has to pretend to be Leah and keep on being herself as well. 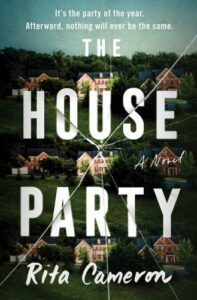 The perfect house is Maja Jensen’s dream. She is finally in the position to build it: a dream home in the Philadelphia suburbs which will compensate for not giving her husband a child and make her marriage happy again. When the newly built but not yet occupied house is vandalized by teenagers, Jensen is devastated. Yet there is a rumbling in the community when the teenage vandals turn out to be the so-called good kids, kids on their way to college, kids who only know privilege and not punishment. Cameron looks at how this crime reverberates and infects everyone’s idea of what perfect looks like.

The pitch for crime fiction veteran Raybourn’s standalone is irresistible: the Golden Girls as international assassins on an all-expenses-paid cruise. On the cruise, one of the four heroines recognizes a representative of their former employer, which goes by the generic name the Museum, and senses the cruise was meant to be not just a retirement gift but a way to eliminate them. The book is funny—very funny—and Billie, Mary Alice, Helen, and Natalie are all vibrant and smart, trained in of people skills and real-life surveillance. Raybourn takes the premise of older women feeling invisible and turns it into a very clever thriller. 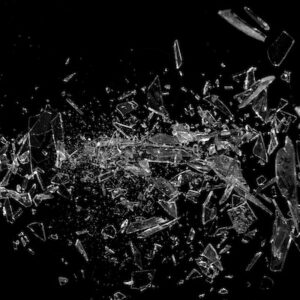 I’m sitting in a room that has an abundance of plastic flowers. There are two mugs of tea on the glass-topped, round dining...
© LitHub
Back to top