A look at the month's best new nonfiction crime. 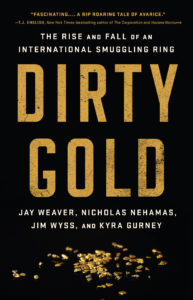 Dirty Gold is an eye-opening, compulsively readable investigation into the world of illegally-mined gold and the business networks that prop that system up. From a team of Miami Herald reporters who first exposed the South Florida businessmen trafficking in gold taken out of illicit Peruvian operations, this book will change the way you look at the precious metal, which fuels an underworld trade more lucrative than cocaine, with devastating humanitarian consequences that will run a shudder down your spine. This is journalism and crime writing at its very best and most essential. –Dwyer Murphy, CrimeReads Editor-in-Chief 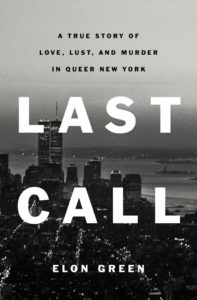 Elon Green’s Last Call is the most recent addition to a new wave of true crime exposing horrific violence committed against the GLBTQ community, the institutional indifference that allowed these crimes to continue, and the community activists who made sure these crimes got solved. Last Call follows activists and investigators as they attempt to track down a killer whose skillful dismemberment of his victims points to a medical background. Each victim had a complicated relationship with their identity, and each had been lured to their death by a charming predator based in a discreet piano bar. Elon Green paints a disturbing portrait of a decade—the 1990s—in which a community devastated by a plague simultaneously experienced a rise in hate crimes justified by the “gay panic” defense, and faced a scattershot police response to safety concerns. –Molly Odintz, CrimeReads Senior Editor 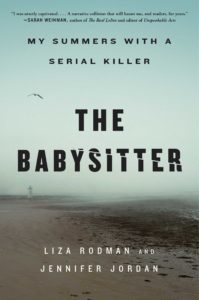 The Babysitter: My Summers With a Serial Killer
By Liza Rodman and Jennifer Jordan
(Atria)

Serial killers are often perfectly capable of kindness, even love, for those closest to them; they can be spouses, parents, pet owners, community leaders, and even, as is the case in this book, a beloved babysitter. Liza Rodman grew up spending summers on Cape Cod, where a local handyman would look after her and her sister. He’d even take Rodman to his special garden in the woods—the final resting place of many of his victims. The Babysitter is being compared to Anne Rule’s seminal classic The Stranger Beside Me, for good reason. I hope none of my babysitters turn out to be serial killers….okay, maybe the one with the eyebrow piercing was, but hey, it was the 90s. –MO 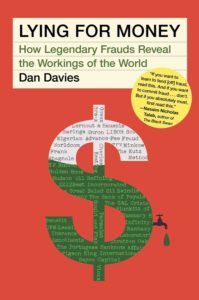 Lying for Money: How Legendary Frauds Reveal the Workings of the World
By Dan Davies
(Scribner)

For anyone who’s interested in the story of scams and frauds for more than just scandal, anyone who’s looking for some insight into how those hustles play into the world economy and shape our social structures on a fundamental level, or really just anyone who wants to know how they work, Lying for Money is the book for read. Davies is a former regulatory economist at the Bank of England and brings a dramatic new perspective to familiar stories of confidence artists and charlatans, breaking down the ins-and-outs of their ploys and explaining how and why we keep on falling for them time and again. –DM 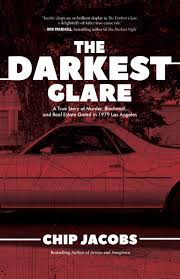 Jacobs The Darkest Glare lays out the wild, frankly-too-bizarre-to-summarize-accurately history of a real estate team that turned to contract executions in 1970s Los Angeles. All the quintessential Southern California noir strands are there: land use, building firms, business partnerships gone sour, entrepreneurs on the hustle, and a team of would-be criminals straight out of an Elmore Leonard side adventure. Jacobs handles it all with flair, telling a story full of over-the-top characters with skill and subtlety. –DM 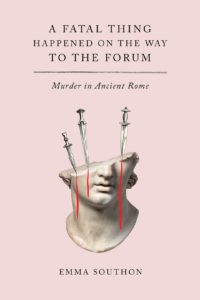 A Fatal Thing Happened on the Way to the Forum: Murder in Ancient Rome
By Emma Southon
(Abrams Press)

Southon’s clever, insightful history ties together the seminal events of Ancient Rome with one common thread: murder. Telling the stories of Rome, its leaders, its laws, its citizens and their history through killing turns out to be a shockingly effective gambit, since killing was more or less everywhere for Romans, touching every aspect of their lives. Southon is an incisive, engaging writer you’ll want to return to again and again. –DM 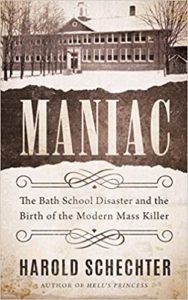 Maniac: The Bath School Disaster and the Birth of the Modern Mass Killer
By Harold Schechter
(Little A)

Schechter chronicles the shocking, little known story of Bath Michigan, where in 1927 a local leader and secret psychopath named Andrew P. Kehoe rigged a school with a set of explosives and destroyed the building and the lives inside, murdering thirty-eight children and six adults. Schechter’s account of the incident is thoroughly researched and skillfully written, an important spotlight on a national tragedy. –DM 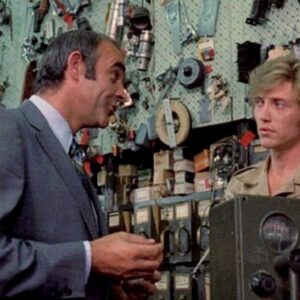 The Anderson Tapes is a heist movie, there’s no doubt about that. It depicts the typical thrills and shenanigans of the genre,...
© LitHub
Back to top