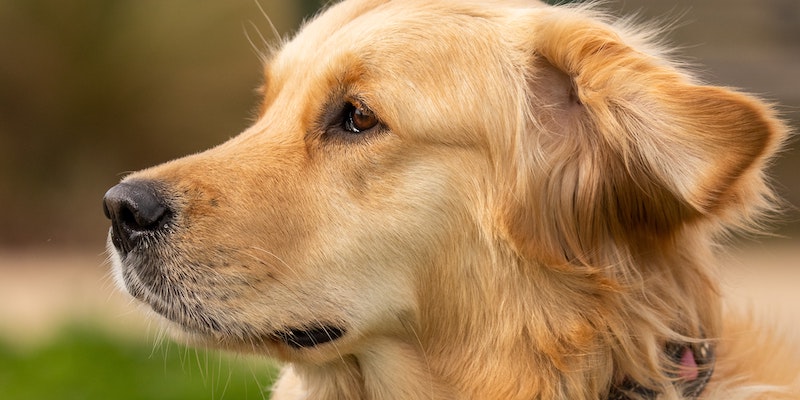 On the surprisingly vast subgenre of golden fiction.

When I set out to write my first mystery, I knew two things: 1) There would be dogs—my admittedly lofty ambition was to be “Julia Spencer-Fleming with dogs”; and 2) The dogs would not be golden retrievers.

Why not? Because everyone writes about golden retrievers. Goldens are one of America’s favorite dogs, ranking #3 in popularity in the AKC’s list of 195 breeds. Only Labrador retrievers and German shepherds are more popular—and you wouldn’t know that by looking at our entertainment, as goldens predominate on TV and film and in books. From to Air Bud and Golden Winter to Homeward Bound and Marley & Me, the media are gaga about goldens.

To be fair, they are nice dogs. Cheerful, loyal, gentle canines who’d rather cuddle your cat than chase it. Good with kids and babies. Easy to train, they make fine search-and-rescue dogs as well as service dogs. A golden retriever named Finley holds the Guinness Book World Record for most tennis balls held in the mouth by a dog; Charlie, a golden in Australia, holds the record for the loudest bark, at 113.1 decibels. What’s not to like?

The world of advertising knows the power of the golden: Duke stars in the Bush’s Beans commercial, Cooper in Google’s “Teach a Dog New Tricks” commercial, and Scout in WeatherTech’s 2019 Superbowl commercial. Subaru even put a golden named Auggie behind the wheel with his family of goldens in “The Barkleys” ads. (Barkley, get it? Reason alone not to put a golden in my novels.

“No matter how close we are to another person, few human relationships are as free from strife, disagreement, and frustration as is the relationship you have with a good dog. Few human beings give of themselves to another as a dog gives of itself.”

― Dean Koontz, A Big Little Life: A Memoir of a Joyful Dog

Dean Koontz’s love for golden retrievers has informed his fiction and his nonfiction. Perhaps his most memorable fictional goldens are the genetically altered Einstein of Watchers, the telepathic Kipp of Devoted, and the angelic Nickie of The Darkest Evening of the Year. Koontz is so dedicated to the breed that he collaborated with his own golden retriever Trixie on Life Is Good!: Lessons in Joyful Living, and the follow-up Christmas Is Good. There doesn’t seem to be any golden angle Koontz has missed –but if there is, we can be sure he’ll find it.

“The face of a golden retriever feels like home.”

The king of golden fiction is David Rosenfelt, whose dozens of Andy Carpenter novels are as popular as goldens themselves and just as addictive. The real stars of these funny, smart, and entertaining novels are not the humans but the dogs, notably Tara, described as “the greatest Golden Retriever the world has ever known.” Rosenfelt is a saint as well as a bestselling author; with his wife he established the Tara Foundation, rescuing some 4000 dogs, among them many goldens. At home they have 27 dogs. (This scares my husband. We’ve rescued three dogs since I started writing my Mercy Carr series, and he thinks that’s enough. So does the rescue cat.)

“Humans were capable of so many amazing things, but too often they just sat making words, not doing anything.”
― W. Bruce Cameron,  A Dog’s Purpose

Bruce Cameron’s A Dog’s Purpose is the story of one dog’s reincarnation journey through four lives. From beagle/German shepherd/terrier mix to golden retriever to German shepherd to Labrador retriever, it is of course his life as a golden (voiced by Josh Gad in the film version) that proves the most enlightening. This is a five-hankie story—and most of those hankies are down to Bailey.

“The combination of a heroic dog, coupled with interesting history and lots of action, has a way of engaging even kids who don’t always love reading.”

Kate Messner has written more than 50 books for children, but her Ranger in Time chapter books—which feature a time-traveling golden retriever named Ranger with a nose for trouble—are by far the most popular. Ranger is a search-and-rescue dog who shows up wherever he’s needed, be it the beaches of Normandy on D-Day or New Orleans as Hurricane Katrina makes landfall. Enough said.

Time-traveling goldens, reincarnated goldens, other-worldly goldens—there’s a golden retriever for every possible reader. What could I possibly add to this oeuvre?

When in Doubt, Cast a Golden

Like advertisers, film and television producers seem to operate on the principle of “When in doubt, cast a golden retriever.” Even when the books the shows are based on featured other breeds.

Garth Stein’s Enzo in The Art of Racing in the Rain tells us that his mother was a Labrador retriever and his father an Airdale terrier, but the dog on the book jacket looks suspiciously like a golden retriever. And certainly Enzo is played by a golden in the 2019 film, voiced by Kevin Costner no less. (And yes, I cried throughout the movie, although I cried much harder throughout the book. I’m just saying.)

Robert B. Parker wove a vizsla named Goldie into the plot of his fourth Jesse Stone novel, Stone Cold. In the novel, the dog is mourning his human, who’s been murdered. By the end of the story Jesse has found Goldie a good new home with a traumatized teenager who could use a canine companion as loyal as Goldie. In the 2005 movie Stone Cold, Goldie the vizsla becomes Reggie, a golden retriever played by Joe the Dog, a golden retriever. Jesse, played by Tom Selleck, keeps the dog, who becomes his “conscience.” No surprise there.

For two whole books, I resisted the temptation of the golden. In A Borrowing of Bones, the first in my mystery series, I paired former MP Mercy Carr with bomb-sniffing Malinois Elvis, and game warden Troy Warner with search-and-rescue dog Susie Bear, a Newfoundland-retriever mix; they all work together to solve crimes in the Vermont wilderness. This novel won the Dogwise Book of the Year Award—and not a golden to be found within its pages. The second book in the series, BLIND SEARCH, featured Elvis and Susie Bear along with newcomer Robin, a Great Pyrenees-Australian shepherd mix. This novel also won a DWAA award—and still no goldens.

Yet the lack of golden retrievers in my series did not go unnoticed. Readers kept asking me when I was going to put one in the books—and no one was more adamant than my pal and fellow writer Jerry Johnson. Jerry is a Vermont poet and children’s book author who lives in a restored schoolhouse with the lively pup Baron, the latest in a long line of goldens lucky enough to be his canine companions. Jerry is a veritable walking billboard for the breed—and he bombarded me with photos and poems and stories about his noble goldens.

So when I was writing The Hiding Place and found myself in need of a very patient and loving therapy dog to further the plot, I surrendered to the inevitable. The canine character as written was the perfect role for a golden retriever.

I named her Sunny, after one of Jerry’s beloved goldens. If the history of golden retrievers in fiction is any indication, readers will love her. And I’ll keep on writing goldens. Maybe you should, too. 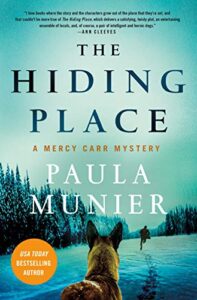 PAULA MUNIER is the USA TODAY bestselling author of the Mercy and Elvis mysteries. A Borrowing of Bones, the first in the series, was nominated for the Mary Higgins Clark Award and named the Dogwise Book of the Year. Paula credits the hero dogs of Mission K9 Rescue, her own rescue dogs Bear, Bliss, and Blondie--a Malinois mix as loyal and smart as Elvis--and a lifelong passion for crime fiction as her series' major influences. Her latest novel, Hiding in Place, is now available. She lives in New Hampshire with her family, the dogs, and a torbie tabby named Ursula. 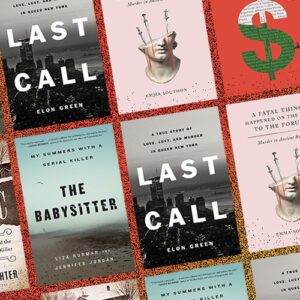 CrimeReads editors select the month's best new nonfiction crime books.  * Dirty Gold: The Rise and Fall of an International...
© LitHub
Back to top