Sex and the City: The Spectacular Love Life of Mafia Boss Sonny Franzese

"Her boyfriend was not far away on stage, but Sonny was not at all concerned."

IN THE GALAXY of New York City nightclubs, the Copacabana burned brightest.

Getting in wasn’t easy. Celebrities, socialites, and sports stars all jockeyed for a coveted table amid the faux palm trees. But one particular patron never had a problem. When he made his entrance—striding briskly, confidently, and with a slight smile—a frisson of excitement rippled through the crowd. Patrons of the club knew exactly who he was.

Asked where he sat when he went to the Copa, Sonny Franzese—handsome and charismatic underboss of the Colombo family—smiled and said, “Wherever I wanted.”

Sonny frequented all the city’s top clubs, but he felt most at home at the Copacabana, with its roster of glittering acts and Copa Girls dance line. If the club was filled, he would go to the back door and tell workers to set a table on the stage; and they did.

“People just liked me, you know what I mean? I was just like a big hit with them,” he said.

Located on East 60th Street, the Copacabana had the feel of a private club. Patrons and performers were solicitously attended to by a fleet of uniformed employees, all overseen by the vigilant eye of manager Jules Podell.

Podell, a former butcher, had a hard-knocks background, with bootlegging arrests, jail time, and a gunshot wound in the leg. For all his murky past, he was a stickler for outward appearances. He held his staff to high standards and involved himself in all the minutiae of running a club, from supervising the kitchen staff to picking the talent.

Podell became a staple in gossip columns, which, naturally, boosted his business. It didn’t hurt that he set aside a nightly table for gossip king Walter Winchell, who liked to mix up his column with items about New York City’s underworld. When Costello went to prison, Winchell wrote: [The] New York situation is fluid. Younger men are springing up on all sides, including Joey Gallo, Sonny Franzese, etc.

Podell also kept close to Sonny. “Julie Podell thought I was the best thing that ever happened to him.”

It undoubtedly had a lot to do with business. Gangsters added to the noirish glamour of the club, and Sonny exuded the kind of power that people immediately recognized. Customers came to see the glittering roster of performers onstage, but were just as thrilled when they spotted celebrities, and mobsters, in the audience. “People would come there to see me, too,” Sonny said. “They didn’t come there just to see the show . . . You thought I was the star sometimes.”

The Copacabana was a launching pad for careers, from Sammy Davis Jr. to Wayne Newton to June Allyson, who got her start on the Copa dance line. Dean Martin and Jerry Lewis, with their vaudeville-style act of songs and jokes, were regulars onstage. Sonny knew them well—“He was a good guy, Dean Martin.” Once you appeared at the Copa, you could go anywhere in the world. “All the top entertainers in the country, in the world, they all wanted to work there,” Sonny said. “That was the Madison Square Garden of show business.”

Part of the Copacabana’s appeal was its exclusivity. Podell insisted that employees and customers alike adhere to a strict dress code. Sonny was always nattily dressed and knew full well that reporters would describe his wardrobe in detail, his cashmere coats included: “In those days, cashmere was expensive.”

Frank Sinatra, even more than other entertainers, was comfortable around mobsters. He had grown up with street guys and had had his own youthful run-in with the law. He and Sonny, though, had an uneasy relationship, as each jousted to assert dominance.

“He wanted to be catered to all the time. See, I used to play it right. When I used to see him, I made out (like) I don’t see him. I did it on spite. He used to come back to me and talk loud, so I could hear him. I wouldn’t turn around.”

Sinatra was used to being in charge, but not when Sonny was around. Some of their shared friends were put off by Sinatra’s arrogance. To them, it was clear who the top man was, but Sonny, ever magnanimous, quieted them. “What do you expect a guy to turn out to be?” Sonny told them. “Youse made him a superstar. Now what do you want him to do? Act like a dumb son of a gun and cater to you people?”

Sinatra might have been high-handed, but Sonny felt a certain affinity for the singer. They had met years earlier when he was performing at the Rustic Cabin, a roadhouse in Englewood Cliffs, New Jersey, and a fight broke out.

“It was a free-for-all,” Sonny recalled. “So I jumped in and started helping him. I figured he’s a skinny guy, they’d kill him. So I got very close to him. He was a good guy. I liked him.”

That didn’t mean that he wouldn’t try to move in on Sinatra’s girlfriend. He was, after all, Sonny Franzese. When Sinatra was dating actress Ava Gardner, she would come to the Copa to watch him perform. Gardner was beautiful and tempestuous, and everyone knew Sinatra was hopelessly in love with her. One night while the singer was performing onstage, Sonny struck up a conversation with her.

“Ava Gardner, I started to talk to her. The more I’m talking to her, I realize she’s getting friendlier and friendlier. So I got her in the back room behind the bar . . . And I get her close and I’m kissing her and I got my hands on her backside and I put them under her dress. She had a miniskirt on. And I got in her, her drawers. I got my hands in there. I’m feeling her ass. She was hard as a rock.”

Her boyfriend was not far away on stage, but Sonny was not at all concerned. “The hell with him. He was arrogant. He thought every girl was, was in love with him. Nutt y son of a gun.” Sonny and Gardner never did anything more than the few moments of groping each other in a back room, but it was still a conquest to Sonny.

Sonny met and struck up relationships with beauties like actress Diahann Carroll. Gorgeous and glamorous women were inevitably drawn to Sonny, something he said he never fully understood. Years later, he would talk about it with genuine disbelief. “They [would] come up to me, actually pick me up. They hit on me like I was Rudolph Valentino. I couldn’t believe it myself sometimes.”

One of his paramours was Jayne Mansfield, the buxom blonde star of the 1950s and ’60s who was one of Playboy’s early centerfolds. She was “madly in love with” him.

He thought it was a joke. Then his friend said she really was coming to their table. He laughed along with his companions; they were always kidding around.

“So all of a sudden, boom, boom, boom, Jayne Mansfield comes walking out.” Sonny needed to make room for her at his table, so he told his friend Johnny to leave. Johnny got up, but couldn’t help but protest: “Sonny, you’re too much. What the hell are you doing? You’re chasing me off the table.”

Sonny replied, “I can’t have sex with you. I’m going to have it with her. Get the hell off the table.”

The table erupted in laughter, but Johnny made his exit. Jayne sat down, and they began flirting. Before long, he asked her, “Who’s taking you home?”

She replied that her husband, Mickey Hargitay (who was 1955’s Mr. Universe), would take her home. To Sonny, that was tantamount to throwing down the gauntlet. “If your husband comes here, I’m going to beat him up,” he told her.

“Do you know who my husband is?” she replied. More posturing followed, and Jayne tried to gentle Sonny, telling him not to get too excited.

The night started to wind down at 4 a.m., and they left the club for a hotel. “You know what she told me? Now you may not believe this, but, so help me God, she told it to me—she says to me, ‘I made a lot of pictures. I went out with a lot of handsome leading men . . . Here I am in a place, there’s three hundred fifty people here, and you’re the best-looking guy here, too.’

“I says, ‘What are you talking about?’

“She says, ‘Sonny, you’re the best-looking guy I ever went out with.’”

For Sonny, a woman like Mansfield was simply fun. “Not that I wanna brag, but I was in demand. The women went crazy.”

He didn’t deny himself. Nobody’s girlfriend or wife was off limits to him, not even the wife of his idol, baseball great Joe DiMaggio.

Sonny met actress Marilyn Monroe, not at the Copa, but at the Stork Club, thanks to an introduction by Frank Costello. “Marilyn was gorgeous, forget about it.”

The mutual attraction proved irresistible, and their relationship led to an encounter that that left Sonny deeply ashamed. His account of what happened that evening was telling because he actually expressed remorse about it. Sonny was not a man inclined to express regret or embarrassment about anything he did.

It was May 19, 1962, when Monroe sashayed onto the stage of Madison Square Garden in a skintight, rhinestone-studded dress and sang a breathy “Happy Birthday” to President John F. Kennedy during a Democratic fundraiser. Her very personal tribute to the president shocked many of the fifteen thousand people in the audience.

Down in the darkened arena, a very different personal drama was playing out. DiMaggio—by then Monroe’s ex-husband, but still carrying a torch for her—tried to approach Sonny to confront him about their affair.

“He was chasing me all over the place. He wanted to talk to me. I didn’t want to talk to him. I was ashamed. What can I tell him? Your wife’s a whore? You know what I mean? So I ran away. I wouldn’t talk to him. I liked Joe DiMaggio. He was my hero.”

Sonny was not at all ashamed of his many infidelities—“I was a run-around guy”—but it bothered him that he had hurt a man he idolized.

Later, he would become convinced that his affair with Monroe—who was rumored to have been involved with Kennedy’s brother, U.S. Attorney General Robert F. Kennedy, too—was what brought the wrath of the U.S. government down on him. 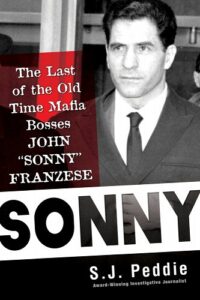 S.J. Peddie is an investigative reporter at Newsday Media Group and a Pulitzer Prize finalist for a series of stories on police misconduct. Inducted into the Long Island Press Club Hall of Fame, she's the recipient of the National Headliners, Casey, Scripps Howard, Silurians and New York State Newspaper Publishers Association Awards. In 2018, she won a New York Emmy for co-producing the documentary Cost of Corruption. Peddie served on the board of the Reporters Committee for Freedom of the Press and has been a featured speaker at national conferences sponsored by Investigative Reporters and Editors, the Society of Professional Journalists, the American Society of Journalists and Authors and the Poynter Institute, as well as the International Center for Journalists, the Annenberg School at the University of Southern California, Columbia University and New York State Archives. She has taught journalism at Hofstra and Stony Brook universities. 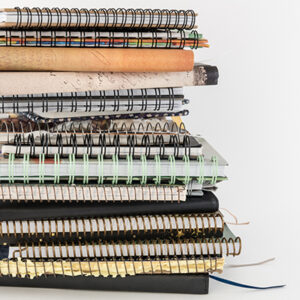