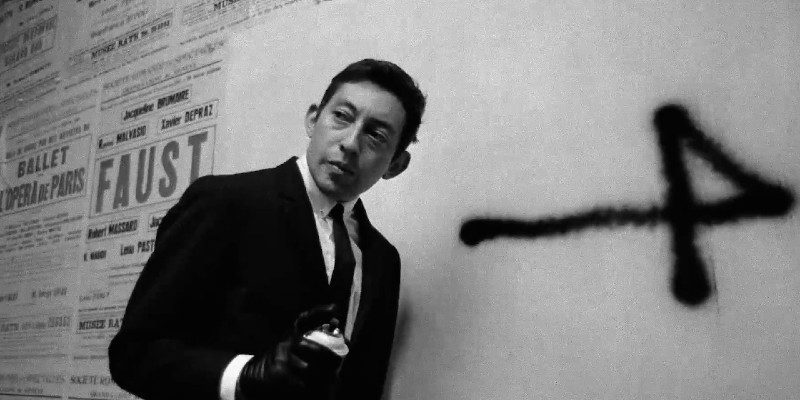 Spy fiction was all the rage in the late Sixties. Jean-Louis Roy brought to the genre a unique vision.

As a proper genre, spy fiction splashed onto the market in the 1950s, reaching critical mass in the ‘60s. The Cold War, well underway, provided fodder for writers to spin narratives from the readers’ worst fears: nuclear war and fallout, deadly technological gadgetry, double agents hiding in plain sight. In England, Ian Fleming published Casino Royale (1953), marking the debut of James Bond. Less fanciful and more forensically detailed than 007, John le Carré introduced intelligence officer George Smiley with Call for the Dead (1961). Across the pond, Edward S. Aarons wrote Assignment to Disaster (1955), the first in a series featuring C.I.A. agent Sam Durrell. Equipped with Wilhelmina, Hugo, and Pierre—a Luger, dagger, and gas bomb—Nick Carter went on dangerous missions in the long-running “Killmaster” series, starting with Run, Spy, Run (1964). Along with Carter and Durrell, another pulp spy agent appeared on the page at this time: Matt Helm (1960’s Death of a Citizen).

Satires and spoofs were churned out concurrently with the straighter spy sagas filling the popular imagination. Graham Greene, who before scored a critical touchstone with The Quiet American (1955), wrote a black comedy in the same genre at the end of the decade: Our Man in Havana (1958). Diffusing like osmosis, the spy genre, both the serious and not-so-serious variety, was attached to hit films and television series as the Bond films, The Avengers (1961–69), Get Smart (1965–69), I Spy (1965–68), The Man from U.N.C.L.E (1964–68), and Mission: Impossible (1966–73).

Out of this mid-century boon emerges Jean-Louis Roy’s The Unknown Man of Shandigor (1967), an arty serio-comic entry from left field, from the isolated alpine terrain of Switzerland. Barely seen outside of its country of origin, and nabbing a position in the main slate for the 1967 Cannes Film Festival, Shandigor has been digitally restored and made available for home viewing courtesy of Deaf Crocodile Films. A doodle of a spy film edited as if it were television (Roy started out at Switzerland’s now-defunct French-language network Télévision Suisse Romande), Shandigor’s narrative alternates between different factions vying for the blueprints to an “Annulator,” a device that would effectively neutralize all nuclear weapons. The Annulator lies in the hands of its creator, the antisocial Herbert Von Krantz (Daniel Emilfork). He sequesters himself from the outside world by holing up in an ultra-modern home with his meek servant Yvan (Marcel Imhoff) and daughter Sylvaine (Marie-France Boyer), whom he forbids to leave the grounds. Little does Von Krantz know that Sylvaine sneaks out to rendezvous with a young man, Manuel (Ben Carruthers), she had a romance with while on a trip in Shandigor. Meanwhile, the Americans, led by ex-Nazi Bobby Gun (Howard Vernon), establish their base of operations in—I kid you not—a bowling alley. Schoskatovich (Jacques Dufilho) and his trenchcoated minions hide out in a château. And an unaffiliated Serge Gainsbourg reside at another estate with exclusively bald henchmen. Hiding, disguising, tailing, and gunning down each other—they’re all out to grab the blueprints.

The Unknown Man of Shandigor is more than just this snapshot summary, for it has style to burn. Thin on plot, thick on details—Roy seems more concerned with the way to shoot a shot, using helter-skelter angles, so that each is striking graphically and the resultant film is rather kaleidoscopic, flittering back and forth between all the players involved. Roy moreover has an eye for architecture in the vein of someone like Michelangelo Antonioni, minus the attendant existentialism. In one shot, for instance, the camera tilts and travels whilst in Schoskatovich’s lair, peering up at the ornamental ceiling and recalling such similar creeping traveling shots in Last Year at Marienbad (1961). Whether interior or exterior, shots show characters walking or running through desolate settings—a mazelike waterfront, an empty beach, spacious dwellings, an abandoned secret headquarters, endless tree-lined roads—as if nuclear fallout has already occurred. The spy tropes combined with the Euro arthouse formal stylings give Shandigor a sort of pop alienation that’s indicative of the director’s influences. Nothing suggests this characterization more than when Gainsbourg sings “Bye Bye Mr. Spy” while playing the organ to sendoff a dearly departed henchman.

Roy, who passed away in 2020, belonged to the so-called Groupe 5, a collective of Geneva filmmakers that included Alain Tanner, Claude Goretta, Michel Soutter, Jean-Jacques Legrange, and Yves Yersin. United not so much in artistic vision but rather in that they all shared amongst themselves a pool of cast and crew members. Roy’s movie is unlike the rest of Groupe 5’s output—admittedly still difficult to see—because Shandigor dabbles with genre whereas the rest mostly stick to character-based relationship dramas. In fact, the movie has more in common with French New Wave titles. What Jean-Luc Godard does to the musical comedy in A Woman Is a Woman (1961), science fiction in Alphaville (1965), pulp in Made in U.S.A (1966), and what Luc Moullet does to the Western in A Girl Is a Gun (1971)—Roy does to espionage. He smashes the generic codes, reassembling them to make modernist art.

The Unknown Man from Shandigor is not just an oddity, but an arthouse oddity. It is stacked with European and American character actors engaged in intrigue, with director of photography Roger Bimpage shooting them in stark, deep focus black-and-white shots. Shuffling through its ensemble with every scene, the movie leaves your head continually yet pleasantly spinning. Makes you wonder what other curiosities are left to be seen by Roy and his peers. 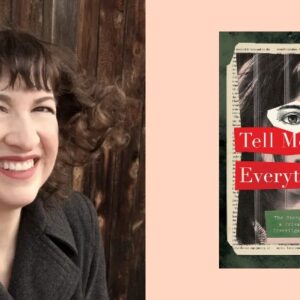 As we settle in for our Zoom, I flip through the opening to Erika Krouse’s remarkable true crime memoir, Tell Me Everything....
© LitHub
Back to top