On Grief, Memory, Fiction, and Motherhood

It was, unjustly, a hot summer when my mother died, the summer when I first read Virginia Woolf’s To the Lighthouse. Sunbathing with my friends, my mother was everywhere. My every word and movement was either a guilty pleasure, wrong to enjoy so soon after the funeral, or else carried a stinging similarity to my mother’s daily gestures. My mother was also in Virginia Woolf’s To the Lighthouse. Mrs. Ramsay had a bodily presence, a voice, and a face like my mother’s. But when with my friends, I was haunted and depressed by my mother; when she turned into Mrs. Ramsay, there was warmth and love and peace.

At age eighteen, Virginia’s Mrs. Ramsay, my mother’s image, helped me through ‘A’ levels. English Literature ‘A’ level examination papers used to contain unseen passages for analysis. With amazing serendipity, Mrs. Ramsay appeared again. The passage that year was from ‘Time Passes’. While ‘Time Passes’ is frequently praised as a masterpiece of modernism, in which the objects left by the Ramsay family preserve their traces as memento mori, for working class Newcastle secondary school pupils it was not an easy read. But for me, the time of my mother’s death had never passed. ‘A’ level certificate in hand, I left Newcastle for university, and the chance to read even more Virginia Woolf.

Virginia Woolf also said of her dead mother Julia Stephen, ‘she has haunted me.’ Woolf wrote `through’ the maternal. ‘Here I am experimenting with the parent of all pens—the black J, the pen, as I used to think it, along with other objects, as a child, because mother used it.’ Woolf’s To the Lighthouse, visually recreates her mother Julia Stephen, at Talland House, St Ives the beloved family holiday home, as Mrs. Ramsay (although Woolf situates the novel in the Hebrides). In the famous boeuf en daube scene, where Mrs. Ramsay harmoniously brings together all the characters around a dinner of what was Woolf’s friend Roger Fry’s favorite dish, Woolf represents her as a maternal archetype. “The whole of the effort of merging and flowing and creating rested on her [against]… the sterility of men.” The body of the stew is a referent for Mrs. Ramsay’s maternal body. “A soft mass…with its shiny walls…a French recipe of my grandmother’s,” said Mrs. Ramsay. The beauty and sensuality of the moment is in ‘female time,’ as the womb-like quality of the stew pot is matched in its maternal quality by Mrs. Ramsay’s intuitive ability to decode the emotional affects of each character’s body language. Woolf delighted in frequently describing the textual birth of her novels and non-fiction in terms of childbirth. Writing Three Guineas in March 1937 was, for Woolf, “the mildest childbirth I ever had… no book ever slid from me so secretly & smoothly.”

In To the Lighthouse, Woolf was able to translate abstract metaphysical questions about grief and memory (such as: how should we think about grief and what is the meaning of memory?) into epistemological processes: how to understand grief, and know the meaning of memory, by constructing the present time of characters through memories of the past. The publication of To the Lighthouse encouraged Woolf’s family to remember Julia. “A voice on the telephone plunged me into the wildest memories—of St. Ives—Gerald [Woolf’s half-brother] “I am trying to find Cameron photographs of Mama—Can you lend me any negatives?”‘. When Woolf’s sister Vanessa arranged the move of the remaining Stephen children after their father’s death to Bloomsbury, Vanessa decorated the hall with Julia Margaret Cameron’s photographs of Julia. After reading To the Lighthouse, Vanessa told Woolf ‘you have given a portrait of mother which is more like her to me than anything I could ever have conceived possible’.

Woolf realized that this pictorial enthusiasm raised complex epistemological questions about the psychoanalytic. Woolf frequently said about her mother `it is a psychological mystery why she should be: how a child could know about her; except that she has always haunted me’. The feminist critic Jane Marcus argues that Woolf’s feminism was `emotionally, part of the project of the daughter’s recovery of the mother’. Julia Stephen’s early death meant that, to Woolf, as the critic Mary Jacobus argues, she became the phantasmatic mother, that is a mother who can exist only as an image, who can be seen or mirrored only in identifications and who might incite the imagination into hallucinatory significations. Just as the family, as Woolf’s biographer Hermione Lee suggests, was Woolf’s `political blueprint,’ so the death of her mother gave Woolf an artistic blueprint. In Woolf’s memoir `A Sketch of the Past’ she describes how it was her mother’s death, which “made me suddenly develop perception.”

Woolf’s obsession with the memory of her mother—`of living so completely in her atmosphere that one never got far enough away from her to see her as a person’—was a shaping power in Woolf’s life and art. Woolf’s chose attachment to mother surrogates after her mother’s death, first her half-sister Stella Duckworth, then her sister Vanessa and friends Violet Dickinson and Ethel Smyth, recreated for Woolf this pre-Oedipal attachment, which Nancy Chodorow argued is unique to women who, unlike men, reproduce their mothers. Other women writers, such as Sylvia Plath, share Woolf’s attachment (although Plath’s mother outlived her daughter). In her poem “The Disquieting Muses,” Plath remembers ‘I woke one day to see you, mother/Floating above me in bluest air’. Similarly, Woolf recovers the dead mother in writing by transforming loss into fictional images.

In addition, in her photo albums, Virginia Woolf mounts on card, as a significant frontispiece, a photograph taken at Talland House St. Ives in 1892 by Vanessa of Virginia together with their father and mother. The photograph’s honored place suggests an analogical relationship with the absent parental referents, and with the much loved and now absent childhood home Talland House.

From her birth in 1882, Virginia Woolf enjoyed the happiest summers of her life in Talland House from which she visited Godrevy lighthouse (without her brother Adrian who becomes James in To the Lighthouse). After the death of her mother Julia in 1895 the family sold the lease of Talland House. Woolf recreates these thirteen summers in To the Lighthouse. The sudden death of Mrs. Ramsay in the novel, mentioned only in parentheses, is one of the most shocking deaths in twentieth-century literature. My mother was forty-nine when she died, and I was thirteen, the same ages as Julia Stephen and Virginia, when Julia died, which I discovered when becoming a Woolf scholar, and only then realising why To the Lighthouse had had such an effect on me as an adolescent. I had to discover how Mrs. Ramsay died and wrote Talland House. My heroine is Lily Briscoe from Woolf’s To the Lighthouse and tells her story, as a prequel and in the interstices of Woolf’s novel, interwoven with fictional versions of Woolf’s life, friends, and family.

Shortly before undertaking my research on Virginia Woolf’s photo albums, for Modernist Women and Visual Cultures, my stepmother sent old family photographs including a photograph of me, perhaps aged two, in my bath. The photography is somewhat out of focus, as were almost all my father’s early attempts and taken with a Kodak camera, one of the camera models used by Virginia Woolf. The coincidence I took as a sign of wonder, clear proof that my research would be fruitful.

In my bath photograph I am supported by a ghostly hand, my mother’s hand. My writing, like Woolf’s, is an obvious example of a need to acknowledge and move beyond the quintessential primary loss we all experience: the death or the disappearance of the mother. Lily Briscoe in Talland House experiences the loss of her mother at thirteen like Woolf and myself and she moves beyond that loss by solving the mystery of  her surrogate mother Mrs Ramsay’s sudden death. 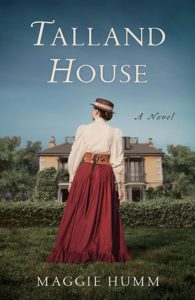 Maggie Humm’s is an Emeritus Professor, University of East London, UK. An international Virginia Woolf scholar and the author/editor of fourteen books, she transitioned to creative writing, with a diploma in Creative Writing from the University of East Anglia in partnership with the Guardian, followed by mentorship with The Literary Consultancy. Shortlisted for the Impress and Fresher Fiction prizes (as Who Killed Mrs. Ramsay?) and Retreat West and Eyelands prizes, and longlisted for the Lucy Cavendish and Historical Writers’ Association / Sharpe Books Unpublished Novel Awards, Talland House is published in August 2020 with She Writes Press. 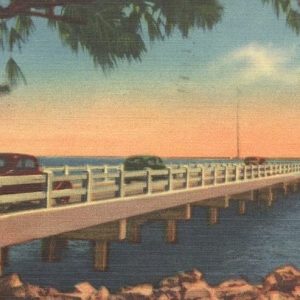 Ask most people what the Tampa Bay area is famous for, and they might mention sparkling beaches and sleek urban centers and contented...
© LitHub
Back to top