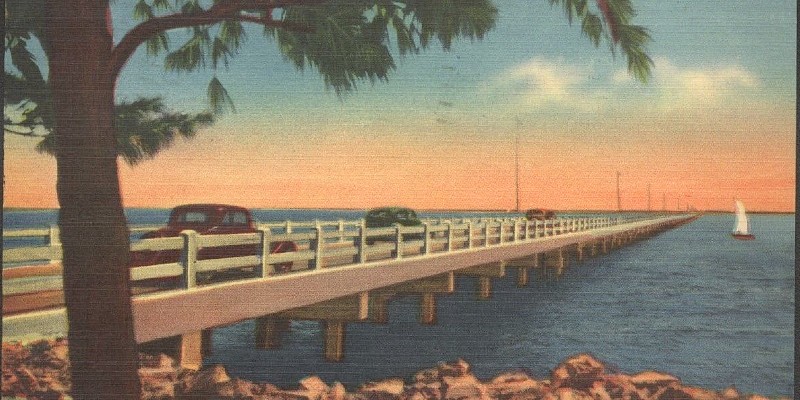 From pirate cove, to mafia town, to the home of the "Florida Man," Tampa Bay occupies an outsize place in the crime pantheon of the Sunshine State.

Ask most people what the Tampa Bay area is famous for, and they might mention sparkling beaches and sleek urban centers and contented retirees strolling the golf courses year-round. But it’s always had a dark side. Just look at its signature event: a giant pirate parade.

Not only does Gasparilla honor the buccaneer traditions of theft, debauchery, and violence; its namesake pirate captain, José Gaspar, is a fake who probably never existed. And if there’s any variety of crime baked into Florida’s history, it’s fraud. From the indigenous residents who supposedly conned Spanish explorers seeking the Fountain of Youth through the rolling cycles of real estate scams that have shaped the Sunshine State for the last century or so, the place is a grifter’s native habitat.

For a large chunk of the twentieth century, Tampa had a reputation as a Mafia town. Santo Trafficante Jr. and his family ran assorted extralegal operations in west Florida and, for a while—until Fidel Castro threw them out—in Havana. Mob killings were standard newspaper fodder in the 1950s and ’60s, and oddly went unsolved even when they happened in public.

In the twenty-first century, the “Florida Man” meme has found its ground zero around Tampa Bay, a metro area of about three million people that includes Tampa, St. Petersburg, and several other cities and towns. A website dedicated to it calls Florida Man “the worst superhero ever,” but Florida Man stories are real. A guy impersonating a cop pulling over a real cop? A naked man caught on video stealing hot dogs from a concession stand? A small-town mayor who is charged with drug dealing and medical fraud—and shoots at the SWAT guys when they come to arrest him? All real, all arrested around Tampa Bay—in the span of a few months.

With that kind of real crime, it can be tough to make anything up. But the fifteen writers who contributed to Tampa Bay Noir (myself included) found inspiration in its darker corners. Florida is the kind of place where almost everybody is from someplace else, where people come to make themselves over. Sometimes they make themselves into victims—or very bad people.

Florida is the kind of place where almost everybody is from someplace else, where people come to make themselves over. Sometimes they make themselves into victims—or very bad people.

In the stories in Part I: Suburb Sinister, the authors take us into some of the elegant Tampa Bay neighborhoods where the hibiscus bloom and the mockingbirds sing and, occasionally, blood flows. In “The Guardian,” Michael Connelly brings his iconic LAPD detective Harry Bosch to town to help a former lover, and Bosch finds he still plays an unexpected role in her life. Lori Roy’s “Chum in the Water” pits a real estate flipper against a rumored mob guy on Tierra Verde. A woman buys a house on posh Davis Islands and finds it has an eerie connection to a man from her past in Karen Brown’s “I Get the Same Old Feeling.” In Tim Dorsey’s “Triggerfish Lane,” a nice Midwestern family relocates to sunny Palma Ceia only to find Florida-history enthusiast and occasional killer Serge Storms living across the street.

The beaches of Tampa Bay and the Gulf of Mexico are world-famous. In Part II: Blood in the Water, writers take their characters to the yacht clubs, waterfront restaurants, and island neighborhoods for some bad times. In Lisa Unger’s “Only You,” a rich girl and a bartender’s son who were once in love reunite on Clearwater Beach years later, now that he’s a millionaire. Sterling Watson sends an ordinary guy to the Hurricane’s rooftop bar in Pass-a-Grille for a sunset drink and a serving of “Extraordinary Things.” In Luis Castillo’s “Local Waters,” a surfing high school teacher in Indian Rocks Beach has a run-in with a student and finds out more than he wants to know about himself.

Cons and fraudsters work their marks in Part III: Grifters’ Paradise. Ace Atkins writes about a middle-aged woman (another migrant from the Midwest) who thinks she’s found the man of her dreams at a Westshore hotel in “Tall, Dark, and Handsome.” Sarah Gerard sends a journalist living in a seedy 34th Street motel in St. Petersburg on the trail of a sketchy Internet evangelist in “The Midnight Preacher.” In “Jackknife” by Danny López, an ex-cop pursues the stripper who dumped him to Gibsonton, the town known for its population of circus sideshow performers—in the middle of a hurricane.

Part IV: Family Secrets explores some of the area’s darkest neighborhoods. Ladee Hubbard’s “It’s Not Locked Because It Don’t Lock” reunites two high school friends in Lake Maggiore, and one of them knows what the other did to his relative. In Gale Massey’s “Marked,” a teenage girl struggles to deal with her parents’ sudden death and finds comfort on a gun range in Pinellas Park. The young narrator of Yuly Restrepo Garcés’s “Pablo Escobar,” newly arrived in Largo from Colombia, encounters the image of the Virgin Mary on the windows of an office building and a happy American family that might not be. A divorced father takes his son on a resort vacation in Safety Harbor, which might belie its name, in Eliot Schrefer’s “Wings Beating.” And in my story, “The Bite,” a girl growing up in the neighborhood of Rattlesnake learns that even a dead snake can bite.

Add it all up and it’s not a Tampa Bay postcard. But these noir stories will draw you in with the shady stuff people get up to in the sunshine. 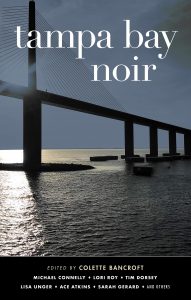 COLETTE BANCROFT has been the book editor at the Tampa Bay Times since 2007. In addition to writing reviews and interviewing authors, she directs the annual Tampa Bay Times Festival of Reading. She served two terms on the board of the National Book Critics Circle. Bancroft earned degrees in English from the University of South Florida and the University of Florida, and she wishes she had finished her dissertation on the novels of Raymond Chandler. She is the editor of Tampa Bay Noir. 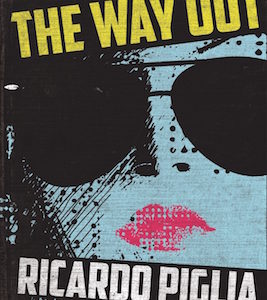 As I was on my way to teach class and listened, in the hallway, to the soft buzzing of laughter and voices that you always...
© LitHub
Back to top