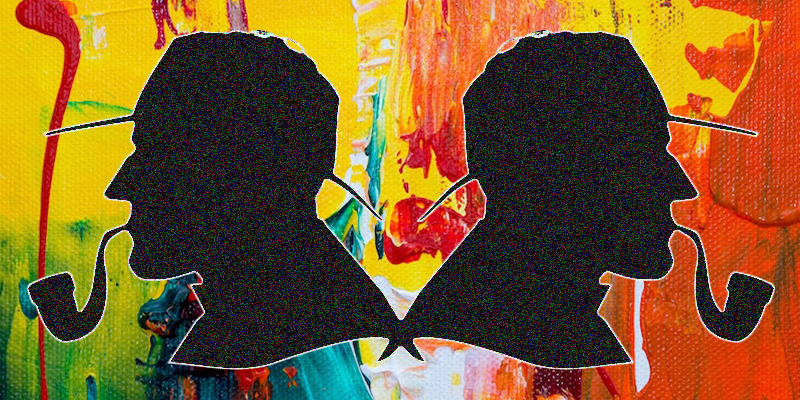 Why did Conan Doyle decide to connect his fictional character with the Vernets, a family of distinguished French artists?

Backstory. Probably Freud’s fault. Wanting to know whether we were in love with our mothers or had killed our fathers.

That is to say, that every character—every modern character—needs a backstory, according to today’s practice, all worked out by a writer (or an actor), even if the details of the backstory are never actually revealed to the audience. Adds depth, don’t you know? It didn’t use to be the case. We’re not concerned with Hamlet’s childhood, or Faust’s, or Quixote’s. And none of them felt the need for 23and me.

But those days are gone. Now we want to know a character from the inside out. Now we even want (thanks, Superman) an origin story. And writers like Barret-Gould and Vincent Starrett have been accommodating, to a point. But I’ve don’t think they’ve dug enough into the only clue that Doyle gives us, in his famous introduction to Mycroft Holmes, The Adventure of the Greek Interpreter:

“My ancestors were country squires, who appear to have led much the same life as is natural to their class. But, none the less, my turn that way is in my veins, and may have come with my grandmother, who was the sister of Vernet, the French artist. Art in the blood is liable to take the strangest forms.”

Now why Doyle decided to hook his fictional character up with the very real Vernets, the family of distinguished French artists, is a matter for conjecture. It’s been hazarded that it was because he came himself from a family of (far less distinguished) English artists. Nor do we know how the Vernets felt about having Holmes foisted on their bloodline (although of course nowadays the Vernets would largely be forgotten without the Holmes connection—fame is fleeting).

Nevertheless, at the time the Vernets were a wildly popular tribe of painters, three generations, connected by marriage to a whole host of other successful French artists. And since there were three generations, Claude, Carl, and Horace, there is some ambiguity as to exactly which Vernet is meant. Since Horace and Carl both feature (in paintings) the aquiline nose and piercing eyes that Holmes also boasts, that doesn’t clear up the question.

But in truth, it can only mean Horace, because only Horace, the youngest, fits into our timeline. Born in 1789 (in the Louvre, where both his father and grandfather had apartments), he was a childhood prodigy and by the age of 13 he was already receiving orders for his work. He painted with lightning speed and his brush was likened to a machine. He also had a phenomenal eye for detail and a prodigious memory. He would have made, dare I say it? an excellent detective.

He had only one sister, Camille, which makes that simpler for us. She married the painter Hippolyte Lecomte, who made his mark, like Vernet, mainly with paintings of battles, though he certainly wasn’t lauded like Vernet, who was a recipient of the Legion of Honor.

His son in turn was the famous Orientalist painter, Emile LeComte, and he had two daughters. The first, Fanny LeComte, born 1809, is also listed in the family genealogy as a painter. Unfortunately, I was able to find no further information on her. It would be fascinating to trace her career in what was still largely a men’s-only club at the time.

This brings us at last to Louise, Lecomte’s second daughter, born in 1815. This lady, of whom nothing more is known, I think must have given birth to Mycroft Holmes in 1847, at the age of thirty-two—remarkably old at the time for a first child. Could she have had earlier miscarriages? Or could she have been Siger Holmes’s second wife? (In which case the Holmes brothers may have had unmentioned half-brothers or sisters, wholly bereft of that artistic spark which Sherlock and Mycroft share.) Or perhaps she was pursuing her own career as a painter up until the point she met her future husband? We can only speculate. But speculating is what historical fiction writers absolutely adore.

One may wonder how this staid son of squires made a match with this lively French mamselle so steeped in the art world? Perhaps he was taken with her beauty. We have, alas, no portraits of her, but we do have one of her aunt, also a Louise, painted by her father Horace, and she was quite a beauty. And perhaps for her part she might have been anxious  to get away from her brother, Emil, whom she might have been employed as housekeeper to, since he seems never to have married.

How did she and the country squire meet? Probably in France. Perhaps neat La Londe les Maures, near the Riviera, where Horace Vernet had once had a castle built. Perhaps Siger was a younger son, who had to make his way as a wine merchant. Certainly Sherlock was an aficionado of fine wines, and the Montpelier area nearby, which seems to have held some significance for Holmes,  was well-known for wine-growing.

At any rate, she would have been thirty-nine, then, when Sherlock was born in the dead of winter. Could she have died in childbirth? Very possibly. Would Siger have blamed her death on Sherlock? Also all too likely. This would explain why he never mentions his parents. It might explain too why he had to live by his wits, inheriting nothing from his father, and why he and Mycroft are more than somewhat distant.

Or—could it be that that Sherlock and Mycroft had different fathers? But then who—

Okay, I won’t open that can of worms. Leave Sherlock Holmes some mystery. In the meantime what about Watson’s family history? (I won’t even raise the spectre of his many wives.) Was Moriarty an American? Maybe I should just stop there. 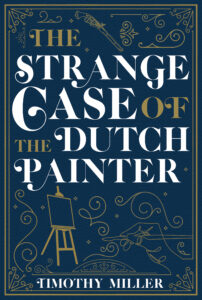 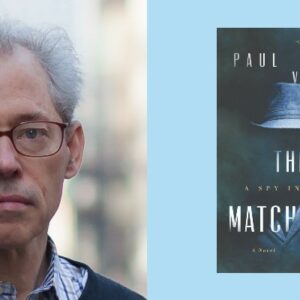 The novels of Paul Vidich are far removed from the sheen and opulence of James Bond, and feel more at home with the wry wit and stuff...
© LitHub
Back to top