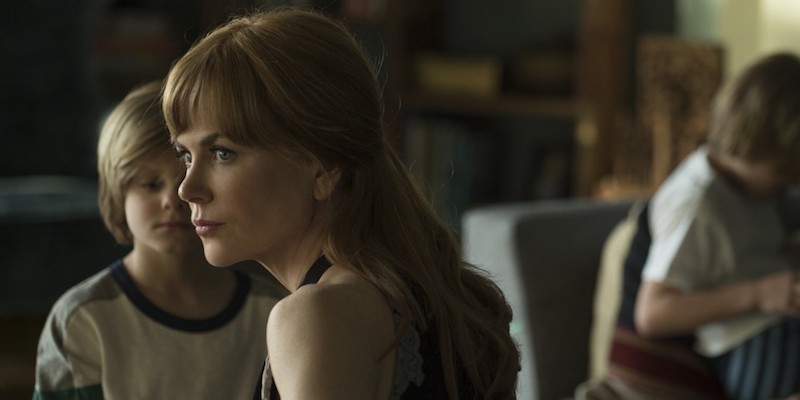 Domestic violence is underreported among the wealthy. But that doesn't mean abuse isn't still happening behind closed doors.

My closest childhood friend was a force. Charming and sweet, she nonetheless possessed a surprisingly sharp eye and rasp wit that could whittle any ego down to size. Her gimlet perception had been a gift from her mother, an attractive, successful professional who out-earned many of the families in our neighborhood and had been married twice, presumably because Ms. S didn’t accept men who fell beneath her standards. I’d admired her mom. I’d admired her daughter for being like her.

Sometime in college, my friend stopped returning my calls. At first, I’d thought her silence a consequence of young love. She’d met a man, a few years older than us, about whom she’d gushed over the phone. Passion, I knew, could be a wave. It swelled suddenly, overwhelming those in its wake, blurring the sight, sound, or sensation of anything else. Once her relationship settled into a familiar warmth, I figured she’d resurface.

It would be five years before we would speak again. The reason wasn’t love so much as fear. Her boyfriend, with whom she’d been living during her absence, had become physically violent. She’d been too ashamed to tell her friends the truth, and certain we couldn’t comprehend her situation. How to explain to a bunch of college-educated kids from middle-to-upper-middle class suburban families that she’d become embroiled in an abusive relationship? No one would understand, she’d thought. No one would empathize.

If only she’d realized how many people could have related. Domestic abuse, while more prevalent in poorer communities, isn’t rare in affluent areas—despite what statistics indicate. Well-to-do women, experts say, are simply more likely to suffer in silence.

“The myth of domestic violence only afflicting the underprivileged adds to the shame and becomes a type of institutionalized oppression for the upscale. If a culture’s tribal rules deny a phenomenon, then it is truly bound to silence,” writes Dr. Susan Weitzman, a psychotherapist who began studying domestic violence among the wealthy after realizing many of her affluent female clients were in physically abusive marriages. Weitzman’s book “Not To People Like Us: Hidden Abuse In Upscale Marriages” delves into the myriad reasons why such violence is underreported among wealthier women and how abuse between middle and upper middle class couples both reflects and differs from domestic violence in less wealthy communities.

When developing the concept for my new psychological thriller, One Little Secret, I decided to delve into this vow of silence among the wealthy regarding intimate partner violence. I wanted to explore the possible unintended consequences of the premium that the affluent so often place on politeness and personal privacy, and how such values can unintentionally create superficial communities in which abuse is hidden, victims are isolated, and families can find themselves lacking the support systems that would seem present given the friendly neighborhood potlucks and car-pool school pick-up lines.

For my research, I first looked into the statistics that have supported the enduring image of the Stanley Kowalski batterer—a working-class character with a temper fueled by alcohol and the indignance aroused by his station in life.

Research does indicate that domestic abuse is particularly prevalent in poorer communities. Nearly one in four women have experienced “severe” physical violence from an intimate partner, according to a 2010 report by the National Center for Disease Control and Prevention. Of the nearly 6.7 million women that had reported intimate partner violence in the twelve months prior to the study, nearly 57% came from households with an annual income of less than $25,000. Only eleven percent earned more than $75,000-a-year.

But psychiatrists warn that the eleven percent figure masks the true prevalence of domestic violence among the middle classes, upper classes, and even those families in the one percent. Statistics are primarily derived from organizations such as domestic abuse shelters that cater to impoverished victims, writes Weitzman. (Indeed, my own image of domestic violence was formed, in part, by volunteering at such a shelter in high school.)

Wealthier women, Weitzman writes, often do not take advantage of such services because they have the means to stay in hotels or to travel to places where they have family support. Surveys suggest that more affluent people are also less likely to involve authorities in domestic violence disputes because of concerns about police records impacting careers, future employability, and community standing.

Such misleading statistics not only fuel the idea of domestic violence being primarily a poor person’s problem, but they create a punishing stigma around victims of all classes by linking cruel stereotypes of the impoverished with battered spouses.

“One persistent stereotype is that the poor, especially the welfare poor, are unmotivated: They lack aspirations to ‘get ahead,’ or don’t work hard enough to succeed,” wrote authors and sociologists Dr. Daniel Lichter and Martha Crowley in their 2002 report on “Poverty in America.” According to a 2001 study by National Public Radio, Harvard University, and the Kaiser Family Foundation, about a fifth of Americans believe the poor have lower moral values than the wealthy, and do not emphasize education to the same degree.

This belief that the poor are to blame for their situation is still prevalent despite multiple studies from the Economic Policy Institute that show poor employed adults spend more time working than their wealthier counterparts and have the same attitudes about education as the middle-class.

If spousal abuse is something that happens to “poor people” that society blames for their troubles, then any person who admits to suffering intimate partner violence must contend with the additional shame of being associated with “low class” behavior for which they are somehow responsible. Such contempt compounds the fears of reputational loss that battered spouses suffer, keeping even those who can free themselves from their situation unwilling to seek help. “The notion that ‘silence is violence’ takes on a whole new meaning for the upscale: their silence keeps them bound on the path of abuse,” writes Weitzman.

In her book, Weitzman maintains that the women she saw in households with annual incomes above a hundred thousand dollars were even reluctant to mention the abuse in therapy. “Only with the greatest reluctance did the women I worked with reveal the abuse they had suffered, even within the safe confines of my office,” she wrote.

Weitzman was able to extensively interview more than a dozen women for her book. Their stories helped inform my characters, as did journalist and author Michele Weldon’s memoir of the abuse she suffered at the hands of her prominent attorney husband. The particulars of each woman’s story are unique to her. I didn’t incorporate them in any way in my novel. However, I did create characters with an eye to the emotions that Weldon and Weitzman wrote about, and their analysis of why women of means stay in abusive marriages.

Thanks to both books, interviews with several psychiatrists, and national reports, I believe I was able to create sympathetic characters who challenge the stereotype of domestic abuse victims. Continuing to change that image will hopefully contribute to a different picture of domestic violence—one inclusive enough to make women of all social classes feel less isolated and fearful of disclosing their reality.

In addition, my research personally provided me with a new perspective on what might be going on behind closed doors when my peers claim to have had a “bad time” with their spouse. Whereas before I’d always assumed that such a euphemism referred to a shouting match or a lingering disagreement, I have since started to listen more and look harder. I’ve tried to offer more support than the “sorry to hear that” platitude. Instead asking, “Are you okay?” “Is there anything I can do?” “Would you like to talk about it?”

Sometimes the answers have surprised me. And, even if I can’t offer much more than a sympathetic ear and supportive words, I can assure them that they are not alone. Maybe that was what my childhood friend needed most of all.

Cate Holahan is the USA Today bestselling author of The Widower’s Wife and six standalone domestic suspense novels, as well as a bestselling audio book Young Rich Widows. Her work has been published in multiple languages and optioned for film and television. Her sixth novel, The Darkness of Others, publishes August 23 and has been called “a deftly-plotted, smartly observed page turner” by Edgar-award winning novelist Attica Locke. 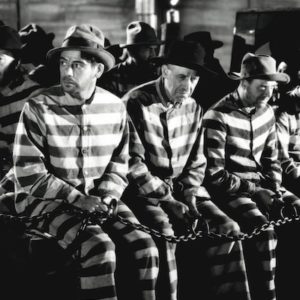