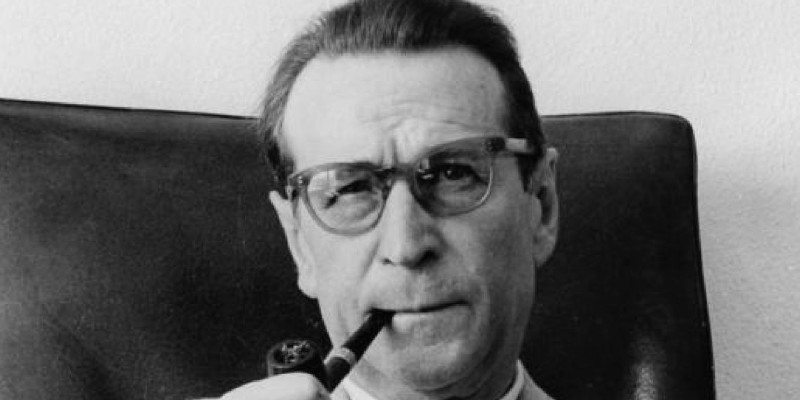 Maigret was his most famous creation. But his intense, psychological noirs left a legacy all their own.

If forced to nominate any positives at all out of the last two years of global pandemic, it is the increased time I’ve had to read. In the first year of Covid I made good on a long-standing desire to read John le Carré’s George Smiley books. A literary focus of 2021 was the work of the Belgium born writer, Georges Simenon. Simenon’s output was a staggering 400 novels, although some have claimed he wrote as many as 500. The best known of these is his acclaimed series of crime procedurals featuring the French police detective Jules Maigret, 75 of which appeared between 1931 and 1972 (Simenon died in 1989). But my interest in Simenon is in his other, somewhat more shadowy body of work, his so-called romans durs or ‘hard novels’: tightly plotted, intensely psychological, often quite slim stand-alone volumes that have so far yielded some of the best noir fiction I can remember reading.

My introduction to Simenon’s romans durs was what some claim is his best book, The Snow was Dirty or Dirty Snow as it is known in the United States, an uncompromisingly bleak noir tale of a 19-year-old amoral pimp, Frank, in an unspecified European city under Nazi occupation. Frank lives with his mother, who runs a brothel out of their apartment. He is never short of food, most of which his mother procures on the black market, nor sex, which he gets from the girls in his mother’s employ, nearly all of whom have been forced by the war from rural areas into the city and left with no alternative but to sell their bodies to survive. The world outside their apartment is a bleak urban landscape in the grip of a seemingly never-ending winter, imbued with constant paranoia and suspicion. It is not clear who works for ‘the occupiers’, as the Germans are only ever referred to, who is resistance, and who is simply trying to survive. Having already come of age sexually, Frank is intent on embracing another milestone, knowing what it is like to kill a man. One night, in a kind of existential wager with himself, he borrows a knife from a brutal big talking gangster who frequents the same dive bar as Frank, and picks a target, a low-ranking policeman who may also be a collaborator. Frank kills the man without remorse but is seen by a passing tram driver, Holst, who dwells in the apartment opposite his mother’s. Obsessing over whether Holst will report him to the authorities, Frank becomes infatuated with the tram driver’s shy 16-year-old daughter. I will not give too many more details about the plot, except to say that murder is just the start of Frank’s exploration into the depravity he is capable of.

Simenon was born in the Belgian city of Liège in 1903 into a French speaking lower middle-class family. He worked for a local newspaper after World War I, which gave him entry into the city’s nightlife and criminal milieu. He also wrote for various scandal sheets, some of which made money by quashing negative stories for a fee. Simenon decamped for Paris in the company of his then fiancée in 1922 and by the late 1920s was established as a prolific pulp writer under a myriad of pseudonyms, before finding success with the Maigret character. He produced a staggering seventeen Maigret novels between 1931 and 1933 alone, then grew weary of his creation, announcing his intention to write something different. Thus were born his romans durs. When I first started reading Simenon’s romans durs I understood they numbered 17 or 18. But some have claimed Simenon wrote as many as 117, the majority of which have not been translated into English. Whatever the exact total, these stand-alone novels did not sell anywhere near well as his Maigret books. For several decades those romans durs that did appear in English were usually only published in the United Kingdom. New York Review of Books released a handful in the early 2000s and Penguin Books currently has a number in print.

After The Snow Was Dirty, my next two romans durs were The Man Who Watched Trains Go By, first published in English in 1938, and Monsieur Monde Vanishes, which appeared in English in 1945. The central character in The Man Who Watched Trains Go By, Kees Popinga, is a respectable middle-aged Dutchman working in the office of a major shipping company. His smug, materialistic life is thrown into chaos by the discovery that his employer is secretly bankrupt. Popinga flees to Paris and immerses himself in a criminal environment that allows him to vent his various desires, including murder. Monsieur Monde Vanishes features another bourgeois family man. He wakes one morning, withdraws a large amount of money from the bank and disappears, travelling in secret to Paris, where he falls into a life of debauchery. Unlike the clearly insane Popinga, however, although Monsieur Monde may have fled his old life, his middle-class habits and outlook prove far harder to shake. Both novels encapsulate the tone of Simenon’s romans durs, scalpel sharp dissections of human nature and its various obsessions revolving around sexual desire, jealousy, and regret. Luc Santé described them as ‘hard, blunt, frequently punishing studies of human beings driven by circumstance and personality to the end of their tethers, forcing them to extreme measures.’ The characters have usually spent a lifetime acquiring the trappings of middle-class respectability, only to have it slip away from them due to some unforeseen event beyond their control. Or, for reasons of their own, they decide to simply cast away their old lives in the hope of experiencing something different, usually involving refuge in a faraway, transient, exotic, low life environment. I won’t lie to you: having spent a considerable chunk of 2021 in lockdown with my family in a small house, it was an idea that appealed to me.

Simenon infused his romans durs with contradictions and obsessions from his own life. He was a devoted father and husband, who craved literary and social respectability. He also had a fondness for slumming it and boasted of having had slept with as many as 10,000 women. His tastes ran to prostitutes but included domestic staff and personal assistants. He also had a famous affair with the noted cabaret singer Josephine Baker while she was working in Paris. Both the sex and violence in Simenon’s romans durs are remarkably explicit. This is combined with a lean, less is more prose style and a propulsive forward energy that is reminiscent of the work of Patricia Highsmith. And while Simenon’s focus is usually a male central character, this is not always the case. Betty, first published in 1960, is told from the point of view of a woman in her late twenties whose sexual urges, stemming back to a childhood shock, manifest in a compulsion to be promiscuous and a desire for this to be discovered. The book begins just after Betty has been cast out of her prosperous marriage and she is existing as a barfly in a French holiday town. Rescued by a kindly woman, the widow of a prominent doctor, Betty is nursed back to health. But her deeper habits are not easily broken.

Sex is not the only aspect of Simenon’s life that finds its way into his romans durs. The Snow was Dirty is arguably infused with the young author’s experiences in German occupied Liège during World War I, watching the adults around him discard their morals in their struggle to survive. At the conclusion of World War II, Simenon fled France for the United States to escape accusations he had collaborated with the Nazis by allowing a German film company to adapt his books, one of which was reportedly made into anti-Semitic propaganda. Ironically, he was also accused by the Gestapo of being Jewish and subjected to a lengthy police interrogation. These experiences no doubt gave Simenon the cold-eyed view of humanity that manifests in works like The Snow Was Dirty, as well as a keen understanding of how armed conflict impacted on individuals and social structures. The occupiers in The Snow Was Dirty rule the nameless city with an iron hand; however, crime, so long as it does not involve any challenge to their power, is allowed to run rampant, leaving the characters free to engage in everything from theft to murder, seemingly without retribution. When Frank is eventually picked up by the occupiers and interrogated at length, it is not for his actual crimes but on suspicion of an offence, the exact nature of which is never spelt out.

While Europe is the backdrop for many romans durs, Simenon set several in America, including two next up in my Simenon TBR pile, Three Bedrooms in Manhattan (which first appeared in English in the late 1960s) and The Hand (first published in English in 1970). Indeed, Simenon travelled extensively both between the wars and after 1945. Tropic Moon, takes place in the African French colony of Gabon, which Simenon visited in the early 1930s. Originally published in 1933 and republished by NYRB in 2005, it concerns Joseph, a young man from a respected family, keen to escape his meaningless life in France. He heads to Gabon, where through an influential relative he secures a job in a timber company. Arriving in the capital, Libreville, he finds the company bankrupt. Effectively marooned, Joseph falls in with a crowd of louche, amoral white expatriates and starts an obsessive affair with a local woman, the wife of the Frenchman who owns the hotel he is staying in, whose sexual charms obscure the fact that she may also be a murderer. Before he knows what is happening, Joseph is slowly driven mad by the heat, constant alcohol consumption, and brutality around him. And herein lies one of the reasons the romans durs are so fascinating. Apart from being magnificent short, sharp slices of noir, Simenon always layers them with something much deeper. In Tropic Moon he pens a devastating indictment of French colonialism. As writer Norman Rush, who wrote the introduction to the NYRB edition of the novel, puts it, although Simenon’s reasoning was complex and to a large degree more concerned with the impact of the imperial project on white people than the black population, he nonetheless does not flinch in depicting the violent and racist way in which the French exploit Gabon for everything from its timber to its women. ‘It’s hard not to think of Simenon as a rich, entitled white erotomane first and anti-colonialist second,’ writes Rush. In any case, ‘Tropic Moon incited resentment in official circles, and when he sought to revisit the French colonies in 1936, he was denied a visa.’

The Socialite, Property Developer, Press Manipulator, and Bigamist Who Had Everyone in 18th Century Europe Talking 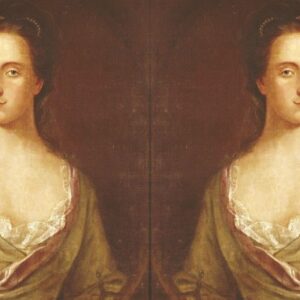 The Socialite, Property Developer, Press Manipulator, and Bigamist Who Had Everyone in 18th Century Europe Talking

In April 1776, the world held its breath. The determination of George Washington’s band of American revolutionaries...
© LitHub
Back to top