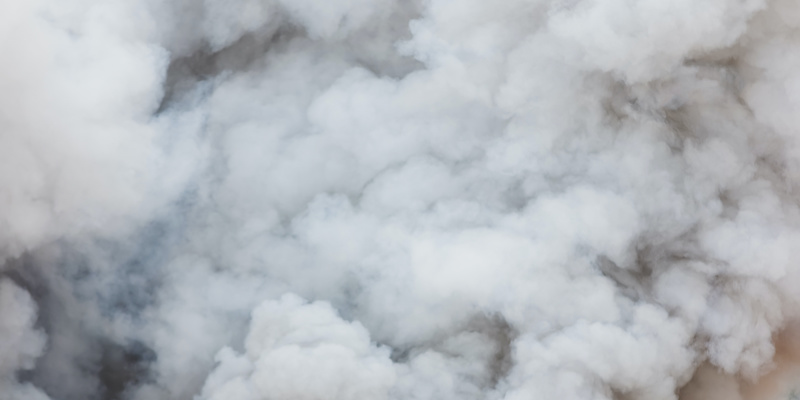 A historical fiction writer considers the lessons of WWII for the present day.

What is happening in Ukraine is a timely reminder of the way the truth gets blurred in time of war. And so it was in Berlin in 1939. For many Germans, it seemed that the war, which had begun in September, was already over. Poland had been crushed. With that there was no longer any reason for France and Britain to fight since there was no longer any chance of saving Poland. It was merely a question of time before the enemy grasped the futility of prolonging the war, it was believed. It seemed that Hitler’s strategic vision had been proven once again. Others were not so sure. They understood the Fuhrer’s inexhaustible ambition and knew that Poland would never be enough. I can’t help wondering if the inhabitants of Moscow today are aware of the parallel history they are living under their own dictator. One of the striking aspects of being a student of history is the constant shadow of Hegel’s maxim: ‘The only thing we learn from history is that we learn nothing from history.’ I have written about Imperial Rome, the struggle for Malta in 1565, the French Revolution and Napoleonic wars and more recently the Second World War. Through all the research I have carried out one of the constant themes is the failure of those living in each era to learn from historical precedent. The threat posed by Vladimir Putin and his kleptocratic regime is every bit as dangerous as that posed by Hitler and his regime.

BLACKOUT, was the result of research for a one-off novel that was going to be set during the Second World War, but in a different location. However, the more I read, the more I became fascinated by the idea of attempting to do a regular police job in the most abnormal of circumstances. BLACKOUT immerses the reader in Berlin during the run up to Christmas in 1939. I chose that moment as the backdrop to Criminal Inspector Horst Schenke’s murder investigation because it was a time when the German people were grappling with both the changes forced on them by war and the deceitful propaganda being fed to them by the Nazi regime.

There was a considerable amount of confusion over the alliance that had been struck with Communist Russia. The Communists, Hitler had constantly told his people, posed an existential threat not just to Germany but to the whole world. How could it be that the Fuhrer had completely changed his mind about what he had described as Nazi Germany’s mortal enemy? In truth the alliance was merely the culmination of a series of secret arrangements between the two states to help them build up their armed forces. The German people did not know this and many Nazi party members were so disgusted that they threw their membership booklets and party badges on the steps of the Reich Chancellery when the alliance was announced.

Any society engaged in war is swiftly subjected to shortages and rationing amongst many other changes to daily routine. Most strikingly for the inhabitants of Berlin was the imposition of a strict Blackout to deny enemy bombers the visual cues they needed to navigate. This entailed installing blackout curtains which had to be tightly drawn when night came. Bicycles and vehicles had their lamps covered by screens, all save a narrow slit to allow just enough illumination for riders and drivers to see their way through the darkened streets. Without the lights from buildings, or streetlamps, the city was plunged into darkness and many lost their lives in accidents. At the same time the darkness made it safer for amorous liaisons while also providing a cover for all sorts of criminal activity; mugging, prostitution, burglary and, of course, murder.

Worse still, there was the malevolent influence of the Nazi regime which brooked no criticism and severely punished those who opposed it or who failed to live according to the values of the Nazi party. The concentration camps already existed at this stage. They were not yet extermination camps, but were still places of great hardship, casual cruelty and barbarity. Prisoners were often beaten to death on the slightest pretext by the SS guards who were answerable only to their leader, Heinrich Himmler. Nazi propaganda and informants penetrated every aspect of society from the mass media to the smallest singing or hiking clubs. Every word a person spoke had to be considered carefully before it was uttered. Even in private. In a society where the courts could impose the death penalty on anyone who criticised the party or Adolf Hitler, or anyone who repeated news from enemy news sources, paranoia and anxiety ruled people’s deeds, words and even thoughts.

Finally, there was the winter of 1939-1940 – one of the coldest on record. It came at a bad time for Berliners who were already suffering from a shortage of coal. It soon became common for buildings only to be heated during the night, then, as supplies continued to run short, only at weekends. People burned what they could to stay warm and wore several layers of clothing day and night in an effort to stave off the biting cold of winter. Temperatures dropped below zero in December and often dipped below minus twenty for days at a time. It was not until the end of March that the temperature rose above zero again and the thaw began. Many people who ran out of fuel simply froze to death in their apartments. Those on the streets stood little chance.

Of course, those who moved amongst the more affluent social circles were relatively immune to many of the hardships I have mentioned. The elite of the Nazi party and their cronies had access to winter fuel. There were also restaurants that catered to their desire for luxury with goods bought from the black market. While the ordinary people of Berlin went cold and hungry, living in fear of the war and the regime, the oligarchs of Nazi Germany partied, confident that the armed forces of Germany would sweep aside all who stood between them and the domination of the entire world.

For a writer, these ingredients provide rich material to set the scene for the series of crime novels that begins with BLACKOUT. Looking ahead, Horst Schenke is going to have all manner of crimes to solve. But he’s going to have to tread a very fine line between serving the cause of justice while not antagonising the higher echelons of a kleptocratic dictatorship. Like I said, given our current world, I am confident that the world of Horst Schenke is more relevant to us than ever. 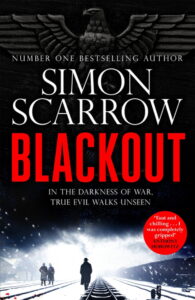 Simon Scarrow is a #1 Sunday Times bestselling author whose historical fiction and thrillers have been translated into more than twenty languages with millions of copies sold. A former history teacher and lecturer, he is the author of the long-running Eagles of the Empire military fiction series set in Ancient Rome as well as a quartet of novels about the lives of the Duke of Wellington and Napoleon Bonaparte, among other novels. For more, please visit simonscarrow.co.uk, and follow him on Twitter @SimonScarrow or like his author page on Facebook/OfficialSimonScarrow. His latest work of historical fiction, Blackout, is now available. 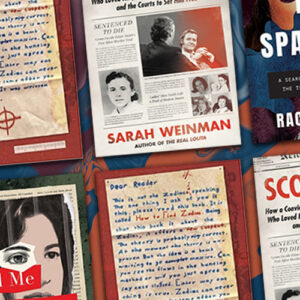 A look at the best new crime nonfiction books released in February and March. Susan Jonusas, Hell's Half-Acre (Viking) The...
© LitHub
Back to top