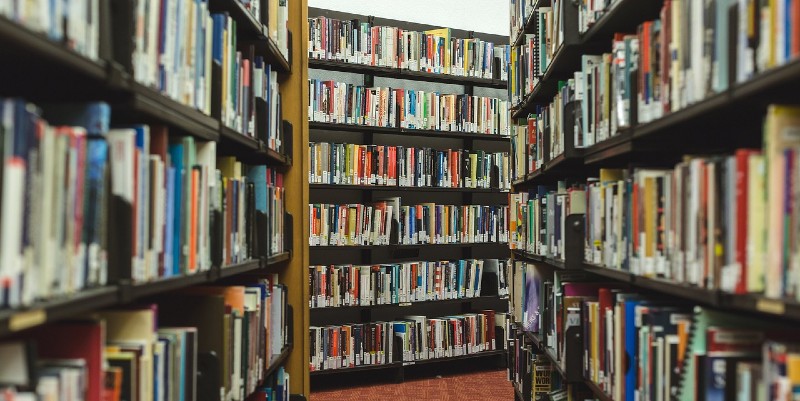 A celebration of small-town libraries and retro mysteries

You’re five hundred miles from home, working a hundred hours a week, can’t afford cable, and have one scratchy broadcast channel. So what do you do when you have a couple of precious hours of downtime?

Well, if you were me, in Springfield, Vermont, in my first on-air news job, a couple decades ago, you went to the library.

That wasn’t a revelation in itself; I’d basically lived at the library in college. During my gopher (go-fer my coffee, kid!) time at KDKA Radio, Pittsburgh’s magnificent main Carnegie Library was my happy place. But the Springfield library was different.

It reminded me of home.

I grew up in a similar small town in western Pennsylvania, only with a lot less snow, a lot more country music, and old glass factories instead of machine-tool plants. When I walked into the Springfield Library, after my second day at WCFR, I knew right where I was.

The new thing was that they knew me too.

I filled out my application for a library card, and whipped out my electric bill to prove that I really did live here, but I didn’t need it. The librarian recognized my name.

“You’re the new girl on the radio.”

It was the first, but far from the last, time I heard that.

Unlike everybody else, though, she didn’t tell me I talked too fast, sounded funny, or mispronounced the name of the local realtor. She just smiled brightly and asked me the only question that really matters in a library – then or now:

Turned out Elizabeth Peters was a favorite of hers too, and there was a new one. We fell into a little fan discussion over whether the contemporary Vicky Bliss series or the historical Amelia Peabody series was better, declared a tie, and decided that we really wanted to see more of Jacqueline Kirby, the feisty professor heroine of Die for Love and The Murders of Richard III.

I left with a bag of books, and the understanding that there was one safe and familiar place in the midst of this huge professional and personal upheaval.

After that, at least once a week, I headed to the library for my regular dose of escape. I always came out with good reads, and the sense that I was a welcome member of a community of mystery fans.  Even if it took a lot longer for the rest of the reserved Northern New Englanders outside the library to accept me as a part of their town.

Reading kept me sane as I adjusted to my new life as a working journalist, and helped me through the inevitable screw-ups and setbacks that are part of establishing a career. No matter what I’d seen on the job (and it was tougher than you’d think in a tiny little town), I could always escape into a book. If I happened to learn a lot about writing, I didn’t even notice it at the time.

Elizabeth Peters was first, of course, and for my money, still one of the best ever. If you’ve somehow missed out on her work, you should probably start in order: Borrower of the Night for Vicky Bliss, and Crocodile on the Sandbank for Amelia Peabody, because you’re going to love the characters, and you’ll want to live the story along with them.

Small-town life is always fodder for good mysteries, from Dame Agatha to the present-day cozy, and while I was working in Vermont, I discovered a series that took it right off the rails into a screamingly funny world of its own: Joan Hess’s Maggody. It started with Malice in Maggody, which came out in 1987, but went on until Merry Wives of Maggody in 2010. Unlike the Elizabeth Peters books, you can really jump in anywhere and enjoy the crazy capers. That’s not a criticism; the characters do evolve, but the emphasis is on whatever wild plot poor Sheriff Arly Hanks has gotten herself into this time, and it always works.

My librarian pal is responsible for turning me on to my “desert island” writer: Dorothy Sayers. One afternoon when I’d read everything in the new book section, she pointed me over to the back stacks and changed my world.

It wasn’t that I didn’t enjoy classic mysteries. When I was a kid, I’d “borrowed” my grandfather’s books—mostly Rex Stout and Agatha Christie, with some Dick Francis thrown in because he loved the ponies. No Sayers. My sensible Scotch-Irish Grandpa probably saw the name “Lord Peter Wimsey” and passed. As far as I know, it’s the only time he was ever that wrong!

The librarian steered me to Strong Poison, and I was hooked. How could I not be? The sheer ferocious intelligence of the writing, the tight plot—and the romance that was absolutely meant to be, and absolutely not easy…all in a situation with literally everything on the line. I still re-read it every year or so.

Springfield, where I worked, was only a few miles away from Bellows Falls, the original setting for Archer Mayor’s Joe Gunther series. The first one I read was (surprise!) Bellows Falls. His work is much darker than Hess or Peters, but beautifully done…and of course I had to read it for the locations! Still do.

I blame Archer Mayor, by the way, for the fact that I didn’t start my own Vermont mystery until my son was in kindergarten. Mayor had done the place so well I was afraid to try. Eventually, though, I realized that I wasn’t magnificently dark anyhow. I’m snarky with a soft underbelly—and a deep love of goofiness. So, I could go for the lighter, quirkier Vermont…with a little inspiration from Hess’s Maggody, and Peters’ wry humor. Not to mention life at a tiny little radio station, which is a different story for a different day… 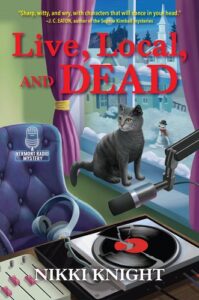 Nikki Knight is the pen name of an award-winning longtime New York radio news anchor. She grew up in Western Pennsylvania and started her radio career as a teenage DJ there. After college, she worked at a small radio station in Vermont, and loved the town and the people...but not the snow. Her career led to larger and more prestigious newsrooms, but she still hasn't managed to escape from snow: she lives in Connecticut with her husband and son, in a houseowned by their cat. Her Vermont story, Bad Apples recently won an Honorable Mention in the Black Orchid Novella contest.

Three L.A. True Crime Stories That Went From Reality to Books to Films 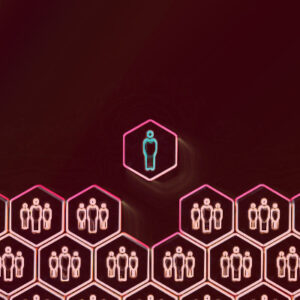 Two months after my father died, in September 2002, my son, Davis, was born. I started a college fund for Davis that week....
© LitHub
Back to top