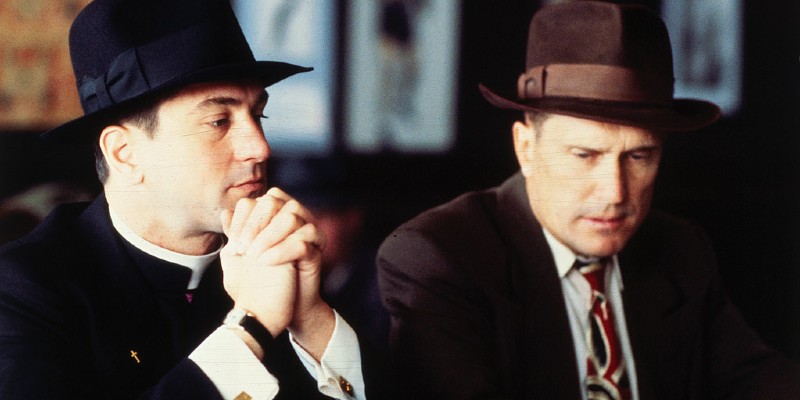 Three L.A. True Crime Stories That Went From Reality to Books to Films 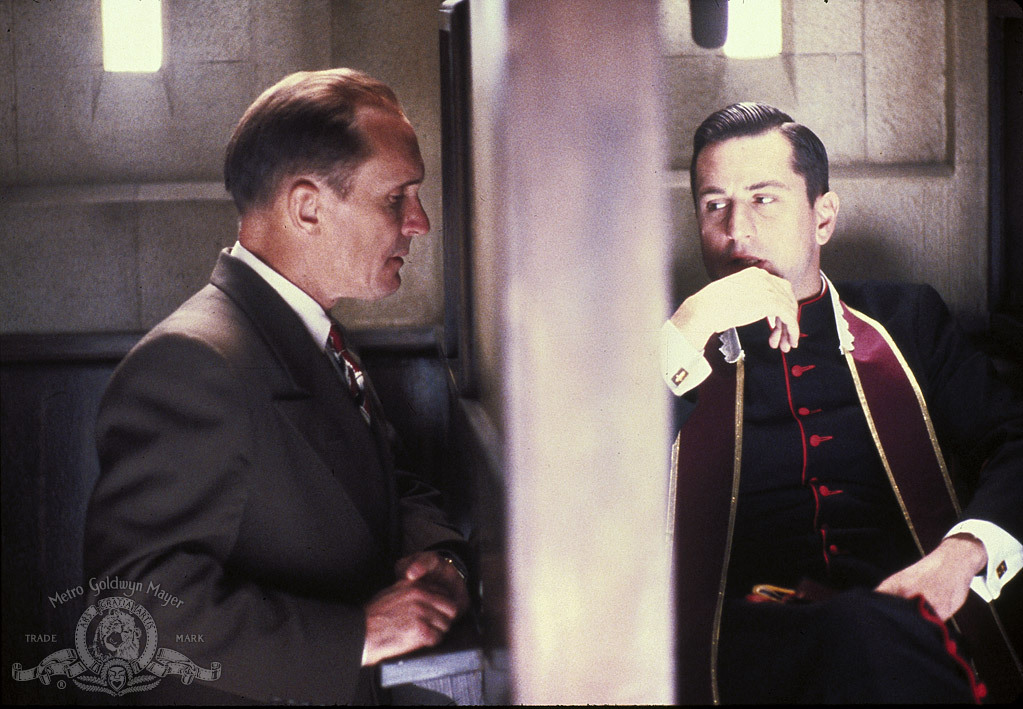 Los Angeles – Wednesday January 15, 1947: The naked corpse of 22-year-old Elizabeth Short lay in the weeds of a vacant lot on Norton Avenue, her body drained of blood her face beaten, her mouth slashed ear to ear in a grotesque smile. She had been neatly cut in half just below the navel. Short was one of the thousands of young women who flooded into L.A. with the hope of finding fame as a movie star. Dead, as the Black Dahlia, she became more famous than most of them. The case was never solved.

John Gregory Dunne wrote True Confessions in 1977. In 1981 it became a film starring Robert De Niro as Des, an ambitious Catholic priest on the rise in the L.A. diocese, and Robert Duvall as his older brother Tom, a cynical cop who worked the seamy side of the city where the grifters and power brokers all know each other. The script is by Dunne and his wife, Joan Didion. The plot is set in motion by the discovery of a young woman found dead in a vacant lot. Like the Black Dahlia she has been cut in half and mutilated. She is an intersection of the seedy world Duvall’s cop Tom occupies, and the supposedly “legitimate” world of his brother Des.

“True Confessions is tougher than anything by Hammett, and more up to date in its violence and its suspicions.” – Michael Wood – New York Times­ book review.

“A tale that is ironic and sad and very wise. ”True Confessions” comes close to being a model movie of its kind.” – Vincent Canby – New York Times film review. 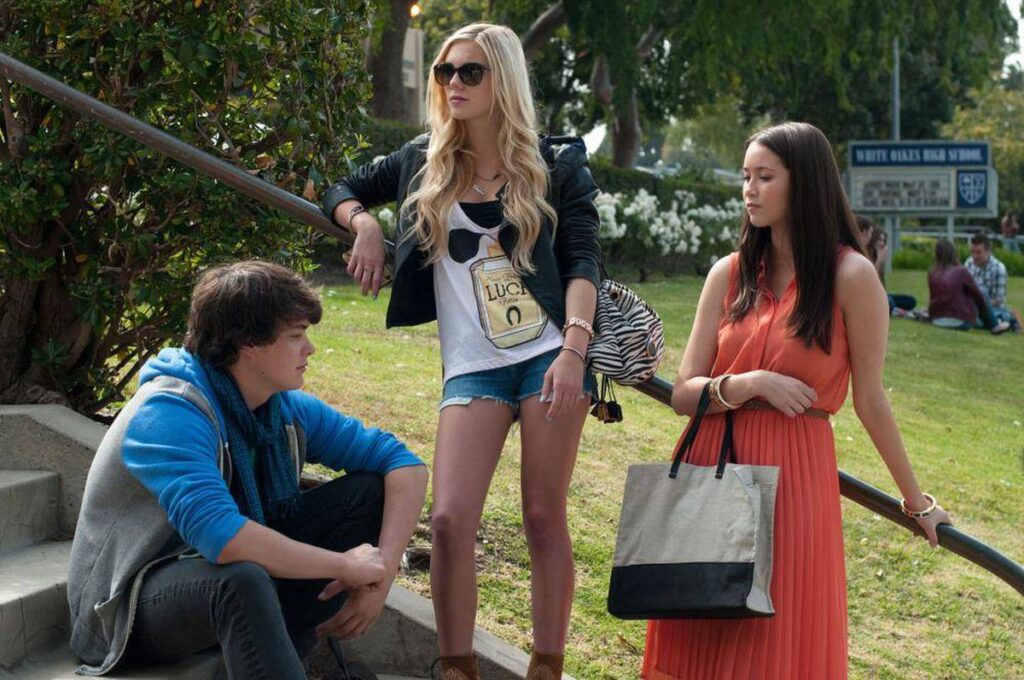 The Hollywood Hills – Monday July 13, 2009: Three fame obsessed middle class teenage girls, Alex Neirs, Rachel Lee, Diana Tamayo, and one boy, Nick Prugo, parked their cars near movie star Orlando Bloom’s (Pirates of the Caribbean) house. They prowled until they found an unlocked door, went in, and stole $500,000.00 worth of jewelry, clothes, Rolex watches, and Louis Vuitton luggage. Between 2008 and 2009, the gang, dubbed The Bling Ring, stole nearly $3 million from Hollywood personalities Lindsay Lohan, Rachel Bilson (The O.C.), Audrina Partridge (The Hills), Paris Hilton, and others, most of them famous for being famous rather than for anything they had accomplished. In the Blingers’ circles the surface you present to the world is all that counts. What you wear and the car you drive are more important than what you think or do. They had the clothes, the cars, and the credit cards. Why steal? It seemed like they were being invited. Paris Hilton left her housekey under the front doormat. Others left their doors or windows unlocked, the alarms off. The gang went back repeatedly to their targets. The stars had so much bling they didn’t realize they were being robbed. Fame is a two-edged blade. The Blingers watched TMZ to discover when celebrities were out of town, but surveillance tapes from the robberies ran on the same video feeds. Their fame brought them down. Alex Neirs showed up for her court date with an E! reality TV crew in tow. Only an idiot would waste an opportunity for a moment of fame.

Nancy Jo Sales’s Bling Ring story was first a Vanity Fair article, then her book, and then a movie directed by Sofia Coppola. Emma Watson plays Alex Neirs, in Roger Ebert’s words, “…as a sort of social mutant – less a personality than a collection of wants in search of immediate gratification.” So? This is L.A. Isn’t immediate gratification guaranteed in the city charter? (The Blingers were convicted of various crimes and given sentences ranging from 16 months to community service and probation.) 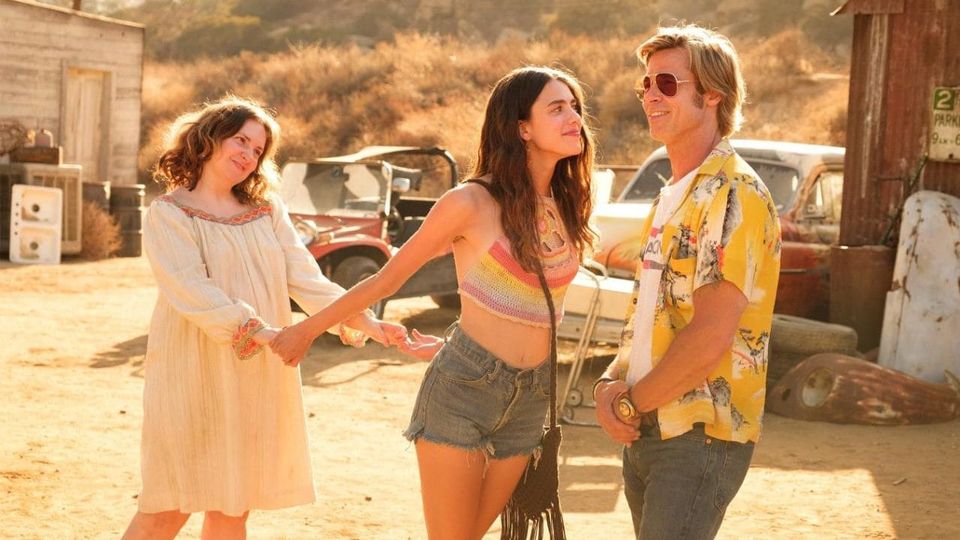 10050 Cielo Drive, The Hills Off Benedict Canyon – Saturday, August 9, 1969: Late at night, when today bleeds into tomorrow, a car carrying Manson Family members Tex Watson, Susan Atkins, Patricia Krenwinkel, and Linda Kasabian stopped below the house at 10050. As they walked up the driveway a car descended towards them. Watson stopped it and killed its driver, eighteen-year-old Steven Parent, with a .22 pistol. Then he and the women walked to the house. Watson cut the screen out of a window, crawled in, and opened the front door. He sent Kasabian to stand guard near the gate. He, Atkins, and Krenwinkel went in and stabbed, shot, and beat to death Jay Sebring, a celebrity hairstylist, Abigail Folger, heiress to the Folgers coffee fortune, Wojciech Frykowski, Folger’s boyfriend, and Sharon Tate, movie actress, eight and half months pregnant, and wife of the director Roman Polanski who was in Europe shooting a movie.

Manson and his Family were caught. They went on trial in July 1970. The prosecutor, Vincent Bugliosi, relied on testimony from Linda Kasabian, who had been granted immunity, and who swore she never stuck a knife in anyone. The jury believed her. Charlie and his Family went off to life in prison. Helter Skelter: The True Story of The Manson Murders by Vincent Bugliosi with Curt Gentry, came out in 1974 and was the best-selling true crime book in history. Two TV movies were made, but nobody shot a feature, possibly because the murders were so awful the studios felt that no audience would pay to see the story on the big screen.

Once Upon a Time in Hollywood came out in 2019. The comedy-drama was written and directed by Quentin Tarantino. Comedy? The Manson murders? Tarantino recognized the way to make a movie about the butchery was to give it a happy ending. Hollywood loves happy endings. Tarantino loves Hollywood, loves its inside dope, and its traditions. Once Upon a Time… takes place in the year of the Manson Family murders. In 1969 there were three TV networks, ABC, CBS, and NBC. Two of the top three shows were westerns, Gunsmoke and Bonanza. Tarantino’s heroes in Once Upon a Time are the actor Rick Dalton (Leonardo DiCaprio), and his stunt double and best friend Cliff Booth (Brad Pitt). Dalton is the former star of a western series Bounty Law. The series has been cancelled, and Dalton is reduced to guest appearances on other TV shows. He is dying to get into movies but doesn’t have enough heat to attract offers. He lives on Cielo Drive down the hill from Sharon Tate. Cliff Booth picks up a hitchhiking hippie and drives her to the Spahn Ranch where she lives with the Manson Family. While there, he draws the attention of the Family by getting in a fight. On August 8, 1969, four of the Family drive up Cielo Drive headed for the Tate house. On the way they see Dalton’s and recognize Booth from the fight and Dalton from Bounty Law. They decide to kill them first, because “they taught us to kill” on TV. Dalton and Booth rise to the occasion, even using a flame thrower left over from one of Dalton’s movies to destroy them. Tate and her friends are saved. Dalton’s new notoriety gets him a movie role. If that’s not a happy ending, what is? 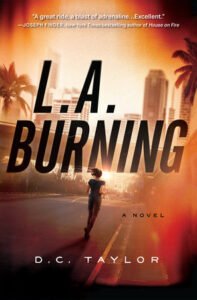 D. C. Taylor was born, and for the most part, raised in New York City. He has lived in Switzerland, France, Spain, London, and Vienna. He wrote for movies and TV for twenty-two years in L.A. and now spends four months of the year on the coast of Maine, and the rest in Boston. 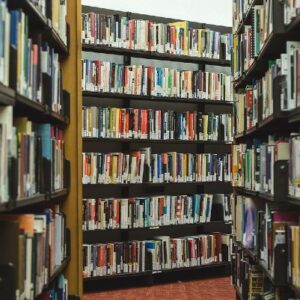 You’re five hundred miles from home, working a hundred hours a week, can’t afford cable, and have one scratchy broadcast...
© LitHub
Back to top