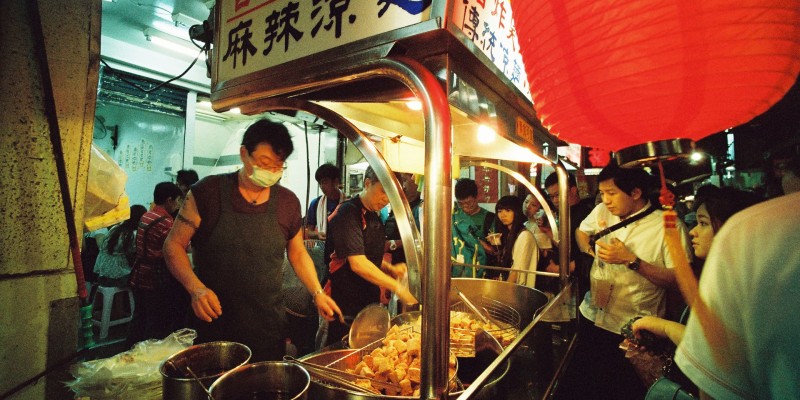 Almost a decade after the episode aired, author Ed Lin still finds himself thinking about Bourdain's trip to Taiwan.

It took Anthony Bourdain forever to get around to featuring Taiwan in one of his food shows, even though he’d been to the country a few times already. He finally made an episode about the capital, Taipei, for his series “The Layover.” I was psyched to see it but after the show aired in January 2013, a few things bugged me.

First of all, Bourdain lands at Taoyuan International Airport and then takes an hour-and-a-half cab ride to the W Taipei. He has a few drinks in the hotel bar that hit him “like a cement mixer.” Then he hops on an eastbound commuter train for half an hour to go to Keelung Night Market?

Assuming that the jet lag and alcohol intake don’t knock him out (c’mon, Tone!), even if Bourdain emerged from the station primed to prowl that night market, why did he have to leave Taipei to go to a night market?

Even if you had a hankering for some deep-fried hot dogs, I seriously doubt you’d land in JFK after an international flight, cab it to your hotel in Times Square, and then hop on New Jersey Transit to Rutt’s Hut for some rippers. Not that Clifton, N.J., pales in comparison to Keelung, Taiwan, but Rutt’s Hut closes at 8pm, and any Taiwan night market worth its salt doesn’t start winding down until near midnight, and the former’s menu isn’t infinite.

You still might hit Rutt’s Hut during your NYC sojourn, maybe paired with an exploration of the deserted village and graveyard in Watchung Reservation on a Saturday or Sunday afternoon, but it sure wouldn’t be a first-hour-of-the-first-night run.

Another thing: there are at least three night markets that are 10-15 minute cab rides from the W Taipei. Bourdain could have had black-pepper buns at Raohe Street Night Market, Liaoning Street Night Market’s oyster omelets, and braised-pork rice at Linjiang Street Night Market. Shooting in three locations would have been a pain, though, I get it. I mean all that eating is just plain torture alone.

Moving on, Bourdain mentions Taiwan’s time as a Japanese colony (1895 to 1945), and says the Japanese brought “a lot of ugly-ass buildings and some very bad history.” Certainly there were some very bad times under the Japanese for Taiwan, but the ugly-ass buildings around Taipei weren’t the results of imposed Shinto. The jarring and haphazard architecture around the city are due primarily to the U.S.

Americans led a devastating and mostly unchallenged Allied bombing run on Taipei late in World War II, on May 31, 1945. Entire blocks were destroyed by the bombing and subsequent fires. Housing was already in short supply in 1949 when the end of the Chinese Civil War saw 1.2 million people relocate to Taiwan from China, according to a site maintained by the Taiwanese government.

Large areas of Taipei were shantytowns. People built what they could, building by building, block by block. There was no formal citywide urban planning. After all, money and resources were diverted to the military during the Cold War, with the aim to take back the mainland under Project National Glory. To spend time rebuilding Taipei would show that the government had lost resolve to get “home” and that Taiwan was more than a temporary island retreat.

That spirit of DIY building lives deeply in Taiwanese people, leading to innumerable unauthorized additions to residential buildings, best viewed from the top deck of the gargantuan Taipei 101.

No one talks much about the bombing run. After all, over the decades, through the Cold War and beyond, the U.S. has provided Taiwan with untold millions of dollars of aid. But the attack is thrust back in the headlines when unexploded U.S. bombs are found when subway lines are expanded, or by construction crews.

Anyway, if you find yourself on a street marked with an ugly-ass poured concrete building with rusting rail trims, ask old timers why it looks so awful. They’ll probably laugh and say, “You should’ve seen it before!” Taipei doesn’t look ugly to the Taiwanese because when they look at it, they see the improvement.

Another note on buildings: Bourdain said that Datong District had “one of the last parts of Taipei where you’ll find remnants of colonial architecture.” Dihua Street certainly offers a stroll through time.

But the Japanese built some of Taipei’s most prominent buildings, most glaringly what is now the Presidential Office Building, which had housed The Office of the Governor-General of Taiwan under Japanese rule. There’s the striking Red House Theater, which looks like a red-velvet cake with layers of frosting. The Taiwan Literature Base, an arts group in Zhongzheng District, is housed in seven restored colonial-era buildings that include the Literature House and The Joy of Reading Hall.

Lastly, while there was talk of the Japanese era, a brief reflection of Chiang kai-shek, and some touching upon current political tensions, there wasn’t a single mention of native Taiwanese. The displaced aboriginal tribes, not all formally recognized by the government, haven’t disappeared, and their descendants remain marginalized by society. A single aboriginal BBQ on a stick from a night market could have been an entreé (in both senses of the word) to saying a few lines about Taiwan’s first residents, which include President Tsai Ing-wen.

Sure, my suggestions add time. What could have been scrapped? Maybe cut out the trip to the diner in a repurposed bus? Edit down interjections from random people around town? Lose Bourdain drinking in the hotel bar?

Bourdain wasn’t a guy who aimed for perfection. I’m not, either. My suggestions are mostly aimed at filling out the picture a bit more. I feel like if I told him all this—no disrespect to the writers and producers who worked on the episode—Bourdain would have nodded and said, “Yeah, yeah. We’ll do more. Next time I go, you’re coming with me.”

I miss him. I’ve read his books and watched his shows. I feel like I’ve lost a friend. A lot of people do. 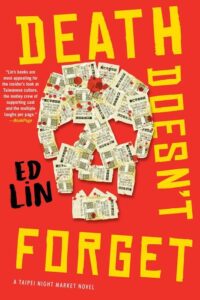 Ed Lin is a journalist by training and an all-around stand-up kinda guy. He’s the author of several books: Waylaid, his literary debut, and his Robert Chow crime series, set in 1970s Manhattan Chinatown: This Is a Bust, Snakes Can’t Run, and One Red Bastard. Lin, who is of Taiwanese and Chinese descent, is the first author to win three Asian American Literary Awards. Lin lives in New York with his wife, actress Cindy Cheung. His latest novel is 99 Ways to Die.
http://www.edlinforpresident.com/ 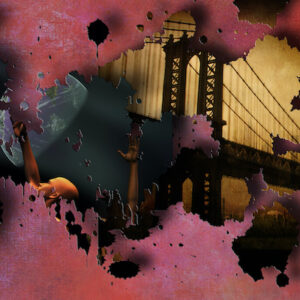 When I decided to set my Gilded Age novel Hot Time during the real-life heat wave that ravaged New York City during August...
© LitHub
Back to top