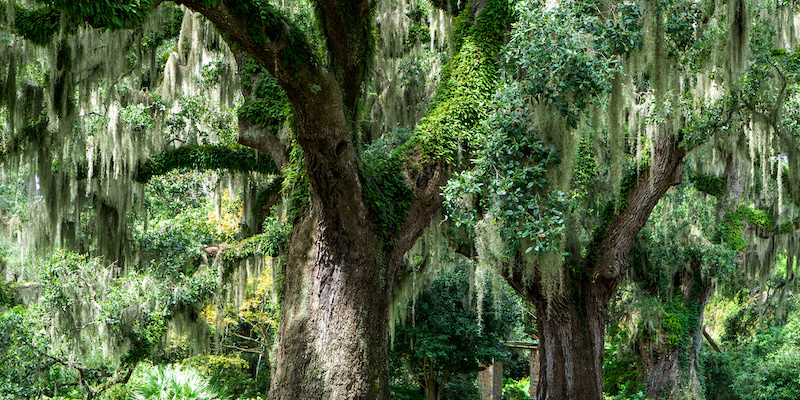 Faye Snowden on the most American genre, which "makes visible problems we have with race, gender, economic inequality, [and] corrupt leadership..."

Elements of the Gothic permeate every aspect of American media. We see it in film, music, literature and on TV shows, where it continues to grow in popularity from the crumbling plantations of HBO’s True Blood, to the lush landscapes of Louisiana’s Oak Valley Plantation in the first season of True Detective. More recently, Ozark and Love Craft Country have captured the imagination with its Gothic settings and characters.

It’s no surprise that the Gothic is making its presence felt in the pages of crime fiction.

But why should we care?

We should care because the stories we tell ourselves shape our society, and crime fiction is the second bestselling genre in the country. Think about the impact books such as Richard Wright’s Native Son (1940) had on America. Of Native Son, critic Irving Howe said, “The day [the book] appeared, American culture was changed forever…it made impossible a repetition of the old lies.” (Library of Congress’ list of books that shaped America)

That’s what Gothic fiction does. Through stories of transgression and depictions of the grotesque, it evokes anxiety in the reader leaving them to question society’s institutions, religions, politics, familial and other relationships. It makes visible problems we have with race, gender, economic inequality, corrupt leadership, etc., problems many in this country don’t acknowledge exist.

The Gothic genre itself has lived long, traveled far and shape-shifted along the way. In 1764 English writer Horace Walpole used elements from Gothic architecture in his novel, The Castle of Otranto: A Gothic Story. The setting’s dilapidated castles, ghosts, incest, and exploration of taboos inspired— or spawned depending on your perspective— many works that mirrored the same themes. The popularity of the novel marked Walpole as the father of Gothic fiction. Ann Radcliffe’s Mysteries of Udolpho (1794) further embedded Gothic sensibilities into the consciousness of European readers.

Nineteenth century American authors put their own spin on the genre. Edgar Allan Poe, a recognized pioneer of detective fiction, has also been credited with developing the American Gothic aesthetic.  He replaced the presence of the supernatural with humans who become monstrous by giving in to illicit desires and soul-killing obsessions. His short story, “The Cask of Amontillado” (1846) is a good example. Even without ghosts, the story is no less unsettling with its dank catacombs filled with piles of human bones, and a man who has let his pursuit of vengeance drive him to a monstrous act. In American hands, the monster is an ordinary human being.

Two other features distinguish American Gothic from its European counterpart. The first is the return of ideas, brutal realities, and anxieties that have been repressed, especially those related to the dichotomies on which the country was founded (e.g. freedom in the midst of slavery). This return of the repressed usually calls into question the notion of the American Dream, and wreaks havoc on the present. The second  is race, or fear of the other, which becomes even more pronounced in the Southern Gothic narrative.

Like American Gothic, Southern Gothic has its forefather. Without William Faulkner’s influence, the genre may not be as popular as it is today. Decaying plantation houses stand in for ruined castles. And the land itself is a place of corruption and a source of contamination in Faulkner’s work. In his short story, “Dry September” (1931), the very soil itself appears to be polluted with the sins of slavery and the blood of lynching victims. The air, too, becomes a poison that will turn an entire town into monsters. Vivid violence is also a hallmark of the work. Faulkner short stories and novels suggest that this violence and corruption can’t be contained within southern borders. Ann Petry’s disturbing crime novel The Street (1946) can be seen as proof of that. Although set in Harlem, Petry uses Gothic elements to expose the perils of racism, sexism and poverty on the road to an unobtainable American dream.

A talented author writing in the Southern Gothic tradition today is Attica Locke. Her novel, A Cutting Season (2009), exemplifies Southern Gothic crime fiction. Like the country we’ve become, the novel itself can be seen as a palimpsest. The main character, Caren, narrates a story written atop layers and layers of erasure. The setting is steeped in duality, in light and dark. A snake drops from a tree in the midst of a beautiful wedding. An ornate plantation house with rolling lawns of green exists side-by-side with the old slave quarters, a place where Caren is afraid to go. A woman’s murder calls up a horrible message from the past. It’s up to Caren to excavate each layer not only to expose the truth, but to save herself and her daughter.

Along with gothic themes and settings, writers of Southern Gothic crime fiction will populate their stories with:

Whenever you encounter the above characteristics in your reading, think about viewing the story through a Southern Gothic lens. By doing so, you may uncover the tensions and tragic beauty that help define this country. 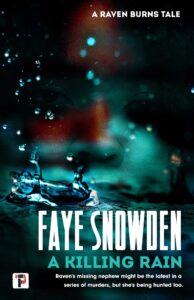 FAYE SNOWDEN is the author of noir mysteries, poems and short stories. Her novels include Spiral of Guilt, The Savior, Fatal Justice, and A Killing Fire, a dark, southern gothic tale featuring homicide detective Raven Burns and the first book in a four-part series. The sequel, A Killing Rain, is set for release in June 2022 with Flame Tree Press. Faye has a Master’s in English Literature. She has been awarded writing fellowships from Djerassi and the Virginia Center for the Creative Arts. She is a member of Mystery Writers of America, and Sisters in Crime (SinC) where she serves as Board Secretary for SinC National. She has participated in many writing panels, appeared as a guest lecturer in several university writing classes, and taught information technology courses at the university level. Today, Faye works and writes from her home in Northern California. Follow Faye on Twitter (@faye_snowden) and Instagram (@fayesnowden) and learn more at FayeSnowden.com

Boris Nayfeld, the Jewish Gangster-Survivor, and the Birth of the Russian Mob in Brooklyn 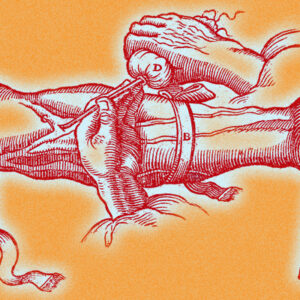 The Bloodless Boy begins with a gruesome discovery: a dead boy entirely drained of his blood. (The title is apt.) A Justice...
© LitHub
Back to top