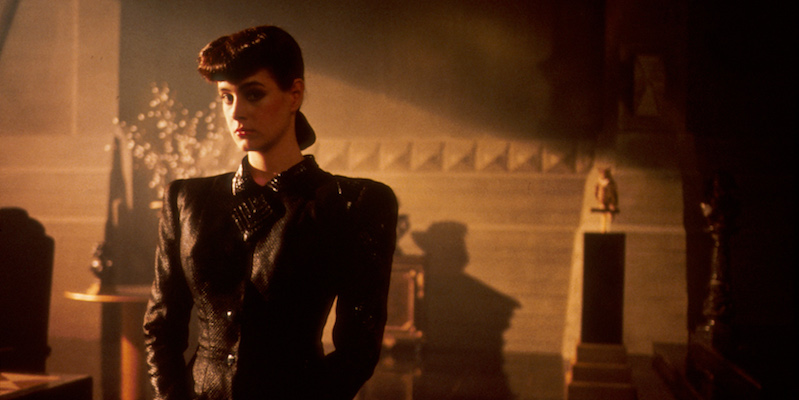 What we read has always defined us.  From an early age, there is a gentle pressure to read the “right” books, and until recently that meant reading “literature,” a genre almost impossible to define save by exclusion, despite the fact that most crime has an element of romance, most science fiction has an element of the thriller and so on.

Enter speculative fiction, a genre that embraces David Mitchell’s Cloud Atlas, Margaret Atwood’s The Handmaid’s Tale, George Orwell’s 1984 and Kazuo Ishiguro’s Never Let Me Go.  All these are science fiction, but publishers market them as something else—as literature.  Like “grown-up” covers on a Harry Potter book, “speculative fiction” sends a message about what we read to the world.  At its worst, this arguably serves an unhealthy genre-snobbery, reinforcing the nonsense idea that reading must serve a mysterious literary purpose, rather than simply celebrate the joy, delight and wonder of shared stories.

At its best, speculative fiction tears down the barriers between genres, reminding us that great stories are always a blending of love, fear, private secrets and big ideas. Genre is little a tool for helping us navigate between books we love—it is not a badge of identity, and it has never, ever been able to keep a good story down.

Science fiction books have always broken through these barriers, and below is a tiny snippet of those books which broke into crime and thriller, because no wall can keep a good story down. 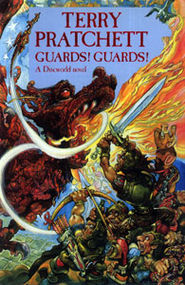 Terry Pratchett changed fantasy fiction, bringing the genre to millions of new readers. With his wit and easy humanity, he wrapped political thriller, adventure romp and detective fiction in a blanket of comic fantasy. He had a gift for taking classic fiction tropes—the drunken policeman with a past, the idealistic hero, the locked room mystery—and kicking it to its logical, delightful conclusion. Throughout his City Watch books, beginning with Guards! Guards!, there is a powerful love for detective fiction, and he follows the rules of means, method and motive with only one catch –the murder weapon might be a dragon. 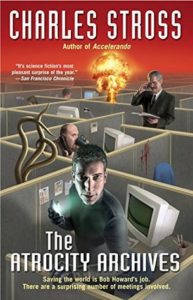 Only in a top secret British intelligence service would you have to file a requisitions form before banishing the demonic hordes back to Hell. So grumbles the main characters of Charlie Stross’s Laundry Files series, a very recognizable take on the supernatural.

In between trying to get receipts for travel expenses, a supernatural espionage agency called the Laundry fights grotesque creatures of the nether dimensions, as well as mystic Nazis, spies, giants, Cold War super-weapons and the awoken undead hordes. Riffing gleefully on Len Deighton and Ian Fleming, Stross entangles spy thriller, workplace comedy and high fantasy into a unique rollercoaster.

Nor is Stross alone.  Ben Aaronovich’s Rivers of London and Mike Carey’s The Devil You Know use spy, cop or private investigator to solve crimes, generally while being hounded by unknown forces that slip easily into the antagonistic role of the NSA in a Tom Clancy novel, or KGB in a LeCarre—but with a demonic catch.

The most famous series in this vein is Jim Butcher’s the Dresden Files about a Chicago-based wizard/PI. The Dresden Files are pure popcorn to the more eclectic Laundry Files, and like many long-running series, part of the appeal is being able to sing along with the plot. If the corrupt local sheriff is always going to betray Jack Reacher in a Lee Child story, then you can pretty much rely on the fairy knight going rogue in the Dresden Files. 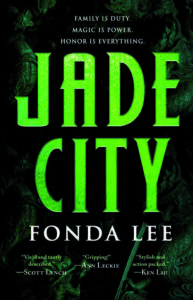 Urban fantasy has been getting steadily more popular in recent years, mingling the modern world with mystic magics. Sorcery and cities work well together, and in Jade City, Fonda Lee combines magic with mob politics, family honor, underground warfare, drugs and crime. Her island setting of Kekon holds a mirror up to Hong Kong in many ways, but also brings in elements of the Godfather and the history of the triads as she tells a story of rival criminal gangs fighting to rise to the top. 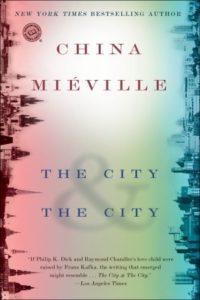 China Mieville, The City and the City

Recently adapted for TV, The City and the City is pure police procedural. A body is found dumped, with no witnesses. Senior brass are edgy, no one wants to take responsibility for the case. Driven and haunted Inspector Borlu has his own reasons for wanting to solve the crime.  So far, so familiar. Except this is a murder in the city of Beszel, which sits, not next to, but within much of the same geographical space as its twin city Ul Qoma, two realities flowing through each other in parallel but separate lives. The citizens of each city are trained not to perceive the other, but when it becomes clear that Borlu’s murder investigation crosses these blurred lines, he is quickly caught up in a conspiracy that threatens reality itself. 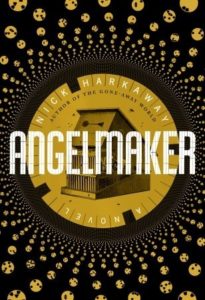 Nick Harkaway’s work has always defied easy characterisation, partly because every novel contains so many ideas that it would be laughable to put it in a box. Angelmaker is no exception, covering mad Cold War inventions, spies of different nations, ages and intentions, gangsters, clockmakers, surveillance, rendition, betrayal and a bit with an elephant. Linguistic acrobatics mingle with headlong action; profound anger flares up through dancing wit. Through it all, Nick Harkaway pulls his characters—and readers—on a quest to find the truth, the whole truth, and perhaps ultimately, far more of the truth than the world can take. 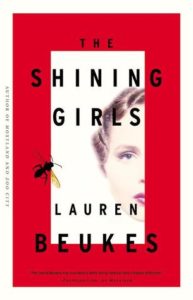 A deadly serial killer is hunting down women across Chicago. One woman, Kirby, survives being attacked by the skin of her teeth, and decides to turn the table on her would-be murderer, hunting him down before he can get to her. But being a novel by Lauren Beukes, whose previous works include Zoo City, a South African-set thriller about drugs, redemption, email fraud and magic, things are not what they seem. As she starts to track down her would-be killer, Kirby discovers that his murders aren’t just spread across the city—the killer is traveling across time. 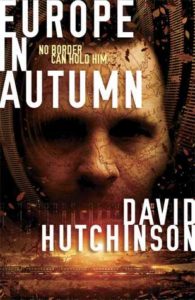 The road trip is an old and much-loved mainstay of thrillers. A hero is tasked with getting Object A to Location B, usually while being pursued by malicious forces.  Sometimes the Object is a thing, sometimes a person.  At some point it is likely that said hero will be betrayed, maybe by his own side, or Object A will turn out to be not quite what it said on the package. Dave Hutchinson takes this trope and runs with it across the map of a pandemic-ravaged Europe, where borders have become walls and nations have fragmented into duchies, polities and republics. Through the sheer rush of the story, it is easy to be swept along by events, until  with a start you remember that the world he’s painting is a dark mirror of your own, and begin to realize that nothing is as it seems. 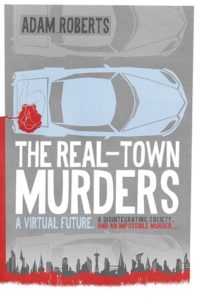 Adam Robert’s ode to the films of Hitchcock poses the classic locked room mystery. A body is found in the boot of a car that simply, impossibly, cannot be there. Yet no sooner is the crime discovered, than the government is trying to hush it up—and this in a society which spends most of its days in a virtual reality, and hardly bothers about a death in the boring, so-called “real.”

Up steps Alma, Private Investigator, one of the very few people left willing to work a case in the harsh light of reality, caught in a conspiracy that could change both the rea—and the unreal—forever. 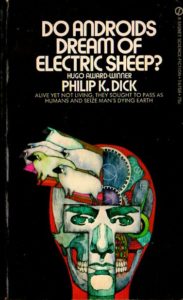 Famous as the book that led to Blade Runner, the story of a bounty hunter trying to find his quarry in those mean, LA streets, becomes in Philip K. Dick’s hands a meditation on what it means to be human. What is the value of conscious thought, and where does humanity end?  Coming out of the Golden Age of Science Fiction, Do Androids Dream of Electric Sheep was one of the classics of SF that inspired noir-SF thrillers down the age, including William Gibson’s Neuromancer, Richard Morgan’s Altered Carbon or Simon Morden’s Metrozone. Now the genre of gritty cyber-punk thriler has become as familiar to science fiction as spin-offs of Raymond Chandler are to crime. 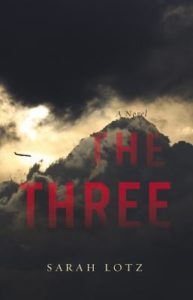 Four airplanes crash simultaneously across the planet. Amongst the scattered wreckage of one, a woman dies trying to record a message—or a warning. At the other sites across the world, rescuers find a lone survivor from each flight—a child. These three children quickly become the epicentre of a global thriller told through different voices, reports and clippings, assembled like a scholarly study trying to unpick the mystery behind the Three. With an eerie horror that slowly builds across the book, Lotz’s novel offers endless possibilities while never quite giving a definitive answer, weaving in elements of the supernatural with very human hysteria and dread.

Not a book to read on a plane.

Claire North is a pseudonym for Catherine Webb, a Carnegie Medal-nominated author. Her latest novel published under the Claire North pen name is 84K. Her other novels include The First Fifteen Lives of Harry August, Touch, The End of the Day, and The Sudden Appearance of Hope, which won the 2017 World Fantasy Award for Best Novel.

The 10 Creepiest Neighbors
in Modern Suspense 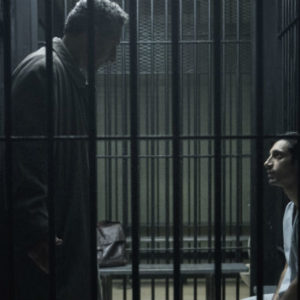 Can a TV series be compared to a novel? People used to do it all the time, especially in the early days of TV’s putative...
© LitHub
Back to top