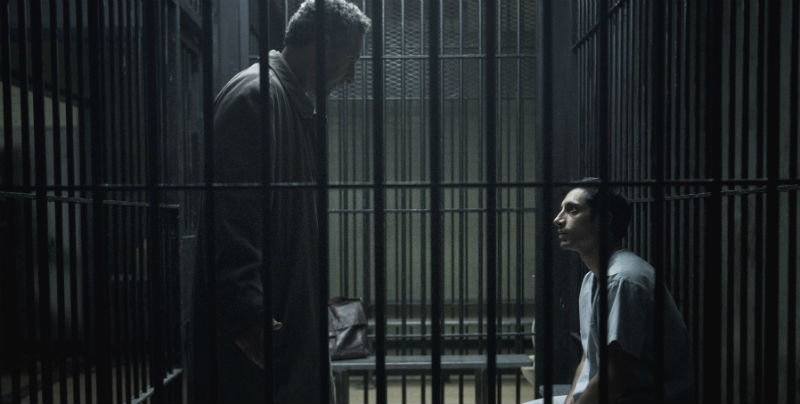 How the Limited Series Is Pushing Crime TV Into Uncharted Territory

Can a TV series be compared to a novel? People used to do it all the time, especially in the early days of TV’s putative new golden age. The Wire was routinely declared to be as rich and complex as any novel. Ditto The Sopranos, Breaking Bad and Mad Men. But novels have been around for at least 300 years and the form has gone through many phases in its development. So I think when we say that a multi-season TV series is like a novel, we’re really talking about the works of Dickens, Trollope, Balzac, Zola—the realist novel, the social novel, the way we live now, or even, The Way We Live Now (1875). We’re not talking about Joyce or Kafka, Nabokov or Pynchon. We’re not talking about stream of consciousness or postmodernism, magical realism or metafiction. This is because these TV shows resemble only the big, sprawling nineteenth-century doorstops, and what’s more, resemble them not necessarily because they’re novels per se, but because they’re a specific form of serialized storytelling.

All of Dickens’s novels were serialized in either weekly or monthly periodicals, and each new installment would be keenly anticipated by his readers. The format influenced how he and others wrote, determining to some extent the narrative scope and rhythm of the novels. When mass-market book publishing came along, novels changed, and, in a sense, were liberated. They were conceived and written differently from when they were being drip-fed to the public in regular installments. They could now be experimental, more introspective, less plot-driven. They could be anything a writer wanted them to be.

Serialization of fiction in magazines continued for many decades. Then, in the 1930s and 1940s, there were movie serials, and from the 1950s onward, TV soap operas and weekly network series. Today’s cable and streaming shows are a clear continuation of this line. So if a comparison is to be made, a show such as The Wire (or The Sopranos or Ray Donovan or House of Cards or The Americans) is less a novel, I think, than a highly evolved and extremely sophisticated form of the soap opera, where you have a defined world, a wide range of striking characters, and a continuous, flowing, open-ended river of story telling.

In terms of psychological realism, depth of characterization and narrative complexity, there’s no denying that the multi-season shows of the last twenty years have constituted a Great Leap Forward in terms of what it’s possible to do in original TV drama, but they are still essentially soap operas, albeit as far advanced from the form’s earliest manifestations as a movie showing in iMax 3D is from the five-cent nickelodeon.

And, tellingly, it is in the one area where these shows most resemble soaps that they least resemble novels. When a writer starts out on a novel, he or she has (or will soon develop) a feeling for the shape of what they’re working on, as well as some sense, however vague, of an ending. What is certain, though, is that the novel won’t see the light of day until the writer has figured out exactly what happens or is said on the last page. With the multi-season TV series, on the other hand, it is often enough to just get the thing up and running, and only later might it become necessary to figure out where you are going with it, or even—depending on ratings—if you are going anywhere at all. But if it does work out, and multiple seasons follow, a sort of narrative or seasonal drift can easily set in and it then becomes a question not so much of how to end the show in any satisfactory way as of simply just stopping it.

The novel—the good novel—is carefully calibrated to avoid the problem, but in the multi-season series, you’re never far from a tipping point, and all too often things tip the wrong way.

There is another danger, one that traditional soap operas (out of necessity) blithely ignore: that is the law of diminishing returns in respect of plausibility. How many major life events can happen to a single character before the whole thing becomes, frankly, ridiculous? How many shock reversals? How many repetitions? The novel—the good novel—is carefully calibrated to avoid the problem, but in the multi-season series, you’re never far from a tipping point, and all too often things tip the wrong way. Because unless you’ve really thought it through, the more seasons you add on, the harder it’s going to be to get out of your created world with any kind of narrative integrity left intact. Netflix’s Bloodline, for example, kicked off with a certain complexity and literary heft to it, but by season three was revealed to be little more than a soap opera flailing around for a through-line to its next season.

Many of these shows are great, of course. They’re often compelling and addictive. But it’s precisely the repetitive, dopamine-hit nature of episodic TV that makes it different from fiction. A recent trend, however, may be changing that.

Increasingly these days —on HBO, Showtime, Netflix, Amazon, Hulu, FX, and others—we’re seeing the so-called “limited series.” Longer than the traditional “mini-series,” this is a show comprising one season only: a fixed number of episodes that tells a single, self-contained story. What is satisfying about a show such as The Night Of or The Sinner, Godless or the first season of True Detective, is the same thing that is satisfying about a good novel—recognizable form, internal logic, proportion, narrative closure.

Both The Night Of and The Sinner, for example, are mysteries that pose similar questions, and eight or ten episodes is enough time to tease out and ultimately to answer these questions. The principle characters in these series—Nasir Khan (Riz Ahmed) in the former and Cora Tannetti (Jessica Biel) in the latter—both achieve coherent narrative resolutions, so trying to carry either of them into a second season, at least from a storytelling point of view, would be absurd. With The Night Of you could see John Turturro’s character, John Stone, getting involved in some other case. The same for Bill Pullman’s Harry Ambrose in The Sinner. But then you’d be rinsing and repeating. And diluting. Both Turturro’s and Pullman’s characters—thanks, in part, to superb performances—have such a pleasing roundness to them, such a novelistic wholeness, that nothing more about them really needs to be said.

So if an entire novel is covered in the first season of a show, why—or how—would a second season be necessary?

Many limited series are adaptations of novels, and this is relevant because novels tend to be self-contained. Regardless of size or complexity, they start, they develop, they wrap up. So if an entire novel is covered in the first season of a show, why—or how—would a second season be necessary? Movie adaptations of novels often disappoint because they need to pack too much material into 90 or a 120 minutes: subplots get left out, characters are elided or simplified, there isn’t enough space for the story to breathe. But a lot of texture and nuance can be folded into the eight- or ten- or twelve-hour running time of a cable or streaming season. In fact, this may well be the sweet spot. And not just for adaptations. HBO’s The Night Of has a self-consciously artistic quality to it, a cinematic sensibility that is new for TV,  new even in this newest of new ages. Another example is the seven-part Netflix series Godless, an epic Western that weaves multiple complex storylines, and takes its time doing so, but still manages to draw the whole thing to a satisfying conclusion.

A separate and equally rich source of material for the limited series, whether it be documentary or scripted, is the true crime genre. As with a novel, the built-in advantage here is that the narrative parameters are set in advance. When you get through the material, that’s it. You’re done. End of story. Because where are you going to go after the final episode of Manhunt: Unabomber? Or The Assassination of Gianni Versace? Or Wormwood? Or The Looming Tower? Apart from anything else, if there’s no second season, then you can’t ruin the original. You can’t outstay your welcome.

We always want more, though. A recent series I loved was Mindhunter. This was based on a nonfiction account of the early days of FBI profiling, so there’s a historical roadmap to follow, and apparently a second series is already in the pipeline. But could we not get our dopamine hit somewhere else this time and just leave well enough alone? Season one of Mindhunter has a coherent dramatic structure that takes its lead character from the light into the darkness. It is harrowing but beautifully done, and watching its final minutes feels like turning over the final pages of a novel. There is tension, anticipation, and release.

We may want more, but that’s not the same as needing more. 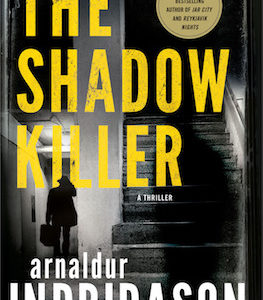 The woman who found the body was a widow of around fifty called Ólafía. She had gone down to remind the man about his rent...
© LitHub
Back to top