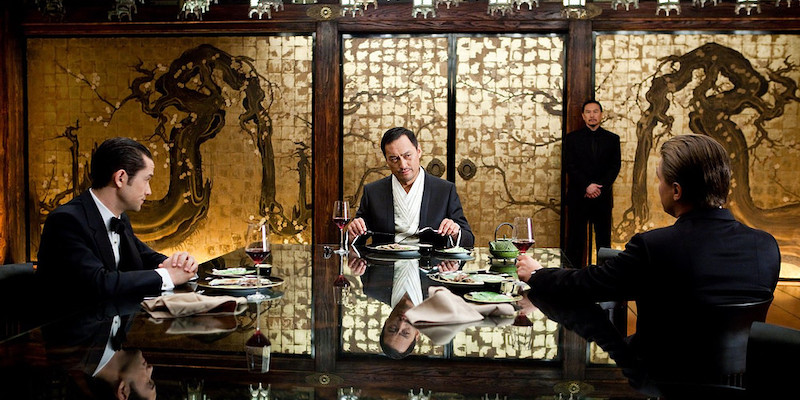 Any genre story can be a heist story, and there's a little bit of science fiction in every heist.

It’s been years since our protagonist gave up his life of crime. He’s gone straight now. He just wants to be left alone to live the quiet life. He’s served his time, paid his debt to society and is ready to reconcile with his estranged daughter. Then, with a knock on the door, the past walks in. It’s Old Partner and Old Partner is in way too deep with some bad people. He needs Protagonist to help him. He needs to steal the thing in a heist no one thinks is possible. Also, if Protagonist ever wants to see his estranged daughter again, he’s only got 72 hours to pull it off. It’s time for one last job…

There is something inherently lovable about the heist story. They have been a mainstay of cinema since the mid-twentieth century and feature prominently in novels, TV, video games and across all media. The heist story often gives us many of the things we love in story, underdogs, a sense of style, thrills, adventure and a chance to see characters who are the smartest, the fastest, the best at what they do. Heists are also perfectly set up for the structure of a story. We usually have a clear external conflict from the very beginning, our team versus whatever is protecting the ‘big score’. Then, we get to see how the crew are going to overcome the odds by being (often literally) in on the plan, blueprints and all. Throw some spanners in the works, maybe a betrayal, a few character flaws to be overcome, and you’re primed to go for a terrific caper.

There’s something else I find interesting about heist stories—they are, in many ways, genre-neutral. They appear most commonly as contemporary action stories but also in historical fiction, fantasy and, of biggest interest to me, science-fiction. I am a fan of many genres, including crime and thriller, but I am foremost an author of science-fiction. The book I am currently working on is the sequel to my recently released novel, Shakedowners.

Shakedowners is a humorous science-fiction novel and the beginning of a series about a collection of misfits perpetually in over their collective heads. While the first book is a galaxy-saving space adventure (if a little quirkier than most) the sequel I’m writing features a heist. While it’s not quite the every-heist-story-ever I jokingly outlined above, it is a heist, it’s also a heist that takes place on a space station and that got me thinking about why the heist works so well in other genres and why it seems to click into science fiction in particular.

Much of this comes down to the fact that while we can consider the heist story broadly part of the crime genre, it differs from a lot of crime fiction. When we consider a heist story, we generally find ourselves well and truly on the side of the ‘criminals’. Heist stories are deliberately set up for us to empathize with the crew performing the crime, positioning them as anti-heroes against a victim who probably deserve to have their stuff pinched. Heist stories are also not really about the crime, they are about outsiders overcoming the status-quo. They think outside the box for innovative solutions to the problems they face. And often those who commit the heist won’t get to keep the score at the end, they are doing it for some other reason, some reason we agree with.

Perhaps it’s because the heist is such a clean story set-up, has a cast of characters we empathize with and tends to skew toward the less serious end of crime that it translates across genre so easily. So, why do I think the heist is a particularly excellent fit with science-fiction compared with other genres? The answer to that is found in how the crew uses smarts and innovation to overcome the challenge in front of them.

There are some wonderful heist stories that are easily identifiable as science fiction. Inception in which Christopher Nolan has crafted a terrific reverse heist movie in which the characters must plant an idea in someone’s head. The Quantum Thief by Hannu Rajaniemi, is a novel that relies on the one more heist set-up but does so in a mind-bending sci-fi future of shared memories, moving cities on Mars and a prison where you have to kill yourself. Then there’s Solo, which is essentially a Star Wars heist movie.

But here’s the thing: you don’t have to venture to the inside of someone’s mind or a galaxy, far, far away to find a science-fiction heist story. You need only look to contemporary heist stories because they are, in a sense, science fiction. In Ocean’s Eleven, they use a device that sets off an electromagnetic pulse to break into the casino vault. In Mission Impossible, Tom Cruise uses all kinds of techno-gadgets to break into the CIA. Using technology or science as part of either the big break-in or as part of the security system our heroes need to overcome is a major recurring element in heist stories. This is why a heist feels so at home in science fiction because when you use smarts and science to solve a problem you could well be treading into sci-fi territory. It’s not all that surprising that you can expand that to a science fiction world where the technology protecting the big score is even more powerful and so the science used to defeat it is even more advanced. Why do I think the heist works so well in science fiction? Because, sometimes, they already are, or maybe they could be:

It’s been years since our protagonist gave up his life of crime—stealing starship engine parts. He’s gone straight now. He just wants to be left alone to live the quiet life farming fluorescent barnacles on the water-world of Gentri B. He’s served his time, paid his debt to society and is ready to reconcile with his estranged daughter. Then, with a knock on the door, the past walks in. It’s Old Partner and Old Partner is in way too deep with some bad people. He needs protagonist to help him. He needs to steal a prototype star-drive in a heist no one thinks is possible. Also, if protagonist ever wants to see his estranged daughter again, he’s only got 72 hours to pull it off. It’s time for one last job…IN SPACE! 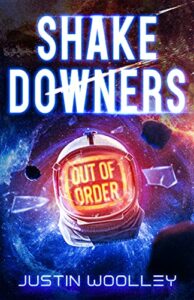 Justin is the author of the Australian set dystopian trilogy The Territory Series consisting of the novels A Town Called Dust, A City Called Smoke and A World of Ash, the young-adult science fiction adventure We Are Omega, the science-fiction comedy Shakedowners, and is now adding to the darkness of the 41st millennium for Black Library. Justin lives in Hobart, Australia with his wife and two sons. In his other life he's been an engineer, a teacher and at one stage even a magician. 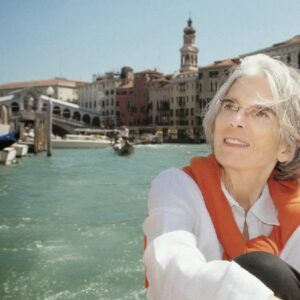 “Life doesn’t have a narrator—it’s full of lies and half-truths—so we never know anything for sure, not really....
© LitHub
Back to top