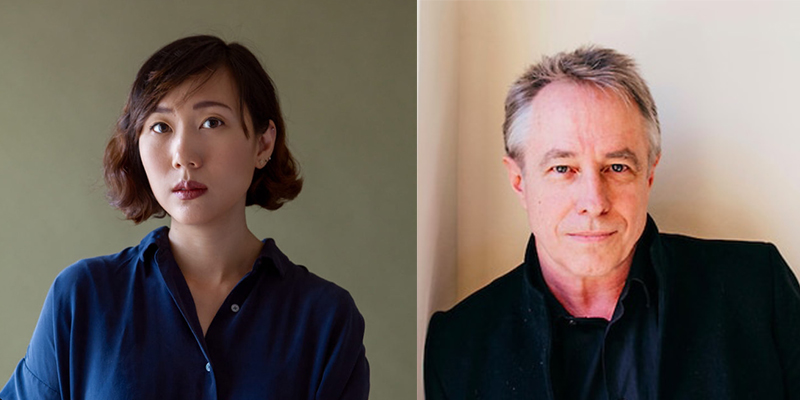 Bleak Visions, Numskull Crooks, and "The Horror of Human Perfidy"

Tom Lutz’s debut novel Born Slippy is published this month by Repeater Books. He is the founding editor of the Los Angeles Review of Books and author of, among others, And the Monkey Learned Nothing, Drinking Mare’s Milk on the Roof of the World, and Crying, which have been translated into a dozen languages, and several of which have been named New York Times Notable Books. His book Doing Nothing won the American Book Award. You can catch Tom Lutz in conversation with Tobias Carroll at the Strand tonight at 7:30. 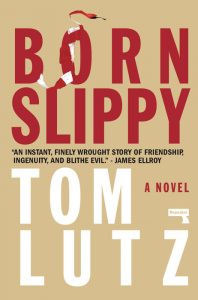 Tom Lutz: It’s hard to figure out who has seniority here, Steph. You’re the more experienced writer in the genre and you’re the noir editor for LARB, so it’s really your field more than mine. But I was watching Humphrey Bogart as Philip Marlowe and Sam Spade before you were born….

Steph Cha: I think you do! I’ve written a few books, but I’ve learned most of what I know about the genre in the last decade. I’m pretty familiar with the current landscape, but I still have big, embarrassing holes in my noir history. Also, you hired me at LARB, so can’t really claim seniority there.

I’ve always loved LARB’s enthusiasm for noir and crime fiction, not least of all because it meant you supported my books from the very beginning. How did you become interested in the genre, first as a reader, and now as a writer?

TL: I grew up in a strict house where we got limited TV time, my parents thinking it a stupid and frivolous medium. So my main contact with it was on days home sick from school. And daytime TV, back then, included a couple of channels of old movies alongside the soaps, which had no appeal, and game shows, ditto. I never articulated it to myself, but I recognized back then that there was a certain kind of movie, almost always with a crime at the center, in stark black and white, with a certain mood, and if I came across one—of course I didn’t have a name for it, or a sense that it was thing other people recognized—I was immediately hooked. I didn’t care if I came in the middle or the end, I just mainlined it.

Why? What is it about this genre that sucks us in, do you think?

SC: It sounds like you independently recognized film noir, which if I’m not mistaken is something the French ended up doing, I’m assuming French critics and not children. Good on you, that’s some serious cred.

“There’s something about that noir mood that really speaks to me.”–Steph Cha

There’s something about that noir mood that really speaks to me. I’m not a particularly negative person in my day-to-day life, but if you ask me about the state of the world at any given time, I’m likely to give you a pretty doomsday answer. I remember learning in some psych class that humans are wired to inflate our senses of self and the situations we’re in because to do so is extremely adaptive. People who suffer from depression have a more realistic view of themselves and the world around them than everyone else––isn’t that terrible? But it’s kind of how I feel about noir. Even with all its style, noir strikes me as an honest way of looking at the world, one that reckons with evil and social malaise in a real, cutting way.

I certainly think this is the element of noir that made me want to write in the genre. It seemed like the best way for me to say what I wanted to say. Was that your experience when you decided to sit down and write a novel?

TL: That is the first time I have heard that version of noir—that it’s simply the most honest way to represent life! But I agree. I don’t think the darkness of life among humans can be overstated, and I don’t think the contrasting light can be too bright. So yes.

There’s a related genre, that I think of as the ‘numskull crooks’ genre—Carl Hiaason’s work, for instance, some of Elmore Leonard—where the horror of human perfidy is served up with a big dose of comedy. The crooks are kind of idiots or inept or both, and the gravity of evil is leavened by the levity of human foible. I knew I didn’t want to try to write straight-up  literary fiction, that I wanted to work in these genres that gave me so much pleasure, and which, as you say, get at the truth of our experience.

I’ll admit that once I got going, I found that all my reading of the 19th and 20th century novel kept creeping in, and I wasn’t as good as I’d hope at keeping the constant tension that good noir demands. I found myself slowing down to let my character think about work, about the other characters, about life—letting him go a little Henry James—so it gets a bit ‘literary’ here and there….

Your first three novels—Follow Her Home, Beware Beware, and Dead Soon Enough—partook of noir and thriller, but your latest, Your House Will Pay, adds aspects of the historical novel to the mix.  Noir, as we’ve said, isn’t all fun and games, but part of its pleasure comes from knowing it is made up—a bit like the difference between watching Vice, about Dick Cheney, and watching Veep. You’ve decided, for Your House Will Pay, to tackle one of the major events in the history of Los Angeles. Why this shift, this change?

SC: I think I’d just finished writing Dead Soon Enough when I started reading up on the Latasha Harlins murder and the tensions of early ‘90s L.A. Dead Soon Enough dealt with genocide denial, so I was already dealing with themes like legacy, inheritance, and the way members of racial or ethnic minorities experience group emotion. Soon Ja Du, who shot 15-year-old Latasha in the back of the head and received no jail time, is probably the most notorious Korean person affiliated with Los Angeles. I felt shame and guilt and anger learning about her, and I wanted to explore these feelings by digging into this real, raw moment of L.A. history. I fictionalized almost everything else, of course, as I’m not a historian, but I thought I needed to reckon with what actually happened in an honest, straightforward way, even if my chosen medium is fiction.

With each of my books, I’ve found that I start with a particular fascination and build a story around that. I’ve also discovered that thinking about crime helps reveal the narrative possibilities of various themes.

TL: The themes find themselves, don’t they? Whether it’s fiction or nonfiction. I, too, start with a “particular fascination,” or even obsession, and then try to figure out what I think about it—whether its weeping (in Crying) or anger (in Doing Nothing) or a particular kind of narcissist in Born Slippy, The themes emerge from the exploration. I knew Dmitry would be an amoral businessman, but I didn’t think that neocolonial rapacity was going to end up being a theme.

I was a bit surprised to watch a homoerotic theme emerge in mine, too—and this is something that is a deep part of the genre from Chandler on, too, the relationship between homoerotic bonds and the femme fatale.

In Follow Her Home and Born Slippy, one of the themes is also reading. Our protagonists are formed by their reading.

These themes, though, arose organically from the characters and their interaction more than they formed some predetermined idea of where I wanted the novel to go.

SC: I remember when I sold Follow Her Home in 2011, my agent and editor both noted that noir wasn’t doing very well, that it was kind of out of fashion. Then a couple things happened: Gone Girl came out, and the country and world kind of went to shit. I first encountered noir in school, and I remember learning that hardboiled detective fiction and film noir came out of this period of intense turmoil, between the World Wars and the Great Depression. Noir is certainly more ascendant than it was ten years ago. You’ve been in this industry longer than I have. Do you think noir is having a moment? Is it because we’re all going to die?

I do think noir is a response to corruption and to inequality, and that when we are most aware of corruption and inequality people are more receptive to it as a form. But corruption and inequality are always with us, which is why the genre is perennial. I think it is easy to lose sight of how horrible people are when times are flush, but it doesn’t mean they’ve stopped being horrible. The depression gangsters came from nothing, but the Bling Ring and Donald Trump came from great wealth—corruption is often a rich people’s game—think of the Sternwood clan in The Big Sleep, or the Cook family in Follow Her Home or my own Dmitry Heald.

I think one of the things I wanted to say was that yes, things seem very dark right now, but the sociopathic amorality and greed of someone like Dmitry was not invented during our current predicament, and won’t end if we extricate ourselves from this. It is as perennial as noir itself.

And I wanted to say—we probably haven’t spent enough time with this part of the equation—that maybe we can have a little fun, maybe we can laugh a bit at human foible, maybe we can enjoy, as we do, the thrill of the chase and kill in fiction even as we abhor it in real life. After all, as Graham Greene subtitled a few of his noir masterpieces, each is an entertainment.

Tom Lutz’s debut novel Born Slippy is published this month by Repeater Books. He is the founding editor of the Los Angeles Review of Books and author of, among others, And the Monkey Learned Nothing, Drinking Mare's Milk on the Roof of the World, and Crying, which have been translated into a dozen languages, and several of which have been named New York Times Notable Books. His book Doing Nothing won the American Book Award. Steph Cha is the author of Your House Will Pay and the Juniper Song crime trilogy. She’s an editor and critic whose work has appeared in the Los Angeles Times, USA Today, and the Los Angeles Review of Books. A native of the San Fernando Valley, she lives in Los Angeles with her husband and two basset hounds.

Soul Assassin: The Brief Life and Death of Jerome Johnson 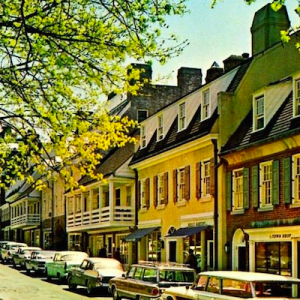 I grew up in one of those idyllic New England small towns, adorned with independently owned general stores, spaghetti dinners...
© LitHub
Back to top