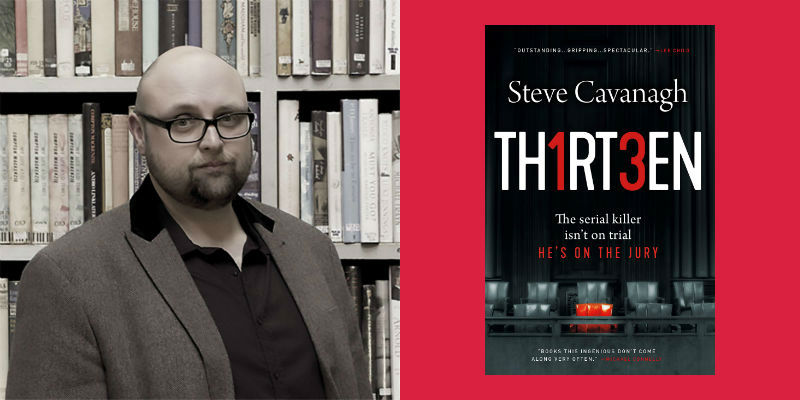 A world of lawyers, mobsters, and con men who always punch up.

Civil rights lawyer Steve Cavanagh was mid-cross-examination when he had an epiphany that led directly to the creation of his fictional lawyer Eddie Flynn. “I had been cross-examining this witness pretty hard for about 20 minutes, and he was getting quite cross,” says Cavanagh, speaking via Skype from his Belfast-area home. “I thought, ‘I’ve got to change tactics here.’ I leaned over as though I was taking something out of my bag and, while doing that, asked him this key question very casually, as though it was of no consequence. And he responded immediately, not thinking, and then, of course, I had him. And it hit me that con men and great trial lawyers have a lot of the same skills: just the delivery of a question can make a difference. There’s a real subtle art to it—it’s about taking control of someone, what they say and how they’re going to react.”

New York lawyer Eddie Flynn sprang to full-blown life in 2015’s The Defense, a propulsive thriller which sets the scene and pace in its opening lines as Flynn has a gun pulled on him: he’s being forcefully recruited to help the head of the local Russian mob beat a murder rap, but not just by taking on the role of mob chief’s defense lawyer. Nope, these guys want Flynn to wear a bomb in the courtroom so he can blow up the prosecutor’s key witness. Oh, and just to be sure he goes along with their wild ride, they’ve kidnapped Flynn’s young daughter. Game, set, and match to the bad guys? Not in Flynn’s world—not by a long shot.

In the second Flynn outing, The Plea, it’s the FBI that holds the blackmailing card, this time tied with a threat to Flynn’s wife: the feds want Flynn to help them stop a major digital finance theft, but part of that scenario means that Flynn first has to convince someone to plead guilty to murder, a murder the accused man says he didn’t commit. A modern-day Houdini bound by legalities rather than ropes, Flynn finds himself in these fixes and must find a way to wriggle out.

These are the pleasurably engrossing and tangled webs that Cavanagh spins, and with each thriller he ups his own stakes. Thirteen—which just scooped the Theakston Old Peculier Crime Writing Festival’s Novel of the Year Award in the UK, and is published in the US this week by Flatiron—features a high-octane trial too, but Flynn’s isn’t the lone perspective: the killer is telling the story as well, and Cavanagh has gifted Joshua Kane with a compellingly character, one that happens to be scary as hell. “I did want to challenge myself,” Cavanagh says. “I wanted to see if I could make this approach work: it’s almost like a two-hander, a battle, though for the most part Eddie doesn’t know there’s a battle going on. I think that my earlier books suffered from not having a very strong villain, and I wanted to have a peek behind that curtain, almost make the villain the hero—he is the hero of his own story, after all.”

Don’t get Cavanagh wrong—Flynn remains the hero of these thrillers and Cavanagh has poured a canny mix of smarts and empathy into him. A former con man—Flynn can pick pockets and locks with the best of them—he is an expert at sleight-of-hand, misdirection, creating distractions, and reading tells: in Flynn’s universe, the worlds of the con and the court don’t just rub shoulders, they overlap. But Flynn uses his con-man power as a force for good; he notices the salient details that others miss, and he uses his guts, instincts, and razor-sharp mind to pursue unusual paths to justice. And pursue them he does, with the vigilant, all-out, sleepless determination of a lioness protecting her cub. “I didn’t ever want Eddie to be a character who punches down,” says Cavanagh. “He always punches up. I wouldn’t have him con the ordinary person in the street.”

Cavanagh is particularly adept at drawing the reader into the courtroom through Flynn’s point of view, delineating the methods and madnesses that shape and drive a trial. “I like stories that lift a veil and let you see how something works,” Cavanagh explains. “I’ve always loved stories like that. Like Billions which is on TV at the moment, or even a really good New Yorker article about some job that you’d never have known what went on in it. That sort of thing is really fascinating. I wanted to show how being a lawyer during a trial really works.  But also there are a lot of courtroom thrillers with lawyers in high-powered firms; I wanted to have the opposite of that, a guy on his own, with very little money but lots of experience, and that‘s all he needs.”

So how did Cavanagh gain his extensive knowledge about running cons? He laughs. “Well I’ve read a lot of books. And, certainly, my grandfather was a bit of a con man in his own way. He used to brew Poitín, Irish moonshine. He’d brew it up and sell it to people in Smirnoff vodka bottles. But those were quite hard to come by so he sometimes used bottles of holy water, plastic liter bottles in the shape of the Virgin Mary. He’d empty out the holy water and put in the moonshine. I remember once I went to visit him in his back garden and he said, ‘Do you like my new fence?’ He had this bright orange plastic safety fencing there—you know, the kind used to secure the area around a big hole in the road—and had hooked up his vines to it to grow tomatoes. I said ‘Where did you get that?’ And he said, ‘Well, no one wanted it, they’d just left it in the middle of the road.’ He’d just lifted it. He was always full of little cons and wonderful stories.”

Indeed, Cavanagh grew up around stories. “We’re a storytelling people, the whole of Ireland,” he says. “That’s why we have so many pubs. I mean you’ll go to a little town and there’ll be a post office and a shop and three pubs. You know, the town’s not big enough for one pub, but there’ll be three. We have a great oral tradition of storytelling and a great musical tradition, and a lot of the music is storytelling. It was just part of my growing up, it’s just passed on: the family would sit and tell stories and make each other laugh. I would listen to my grandfather and my dad tell stories, and my mum and her friends telling stories, that’s just what they did.”

Writing isn’t Cavanagh’s only creative outlet. His Two Crime Writers and a Microphone podcast with Luca Veste features conversations liberally punctuated by laughter and a theme tune consisting of the groovy musical noodlings of yet another crime-writing colleague, Stuart Neville. The episodes always sound suspiciously like Cavanagh and Veste have just called each other up for a friendly chat at 2 AM—albeit with a stellar parade of drop-in guests, ranging from Karin Slaughter, Denise Mina and Jeffery Deaver to Ruth Ware, Lee Child and Adrian McKinty. Now, they also run live versions at the annual crime-writing festival, Bloody Scotland: one sample line-up included Mark Billingham, Ian Rankin, Eva Dolan, and Neville. “I think people see that it’s genuine, not staged,” says Cavanagh. “We’re just having a good time and good conversation.”

Fiction-wise, Cavanagh draws his influences from both sides of the Atlantic: John Connolly, Michael Connelly, Thomas Harris, Lee Child, J.R.R. Tolkien. A particularly creepy line in Thirteen, for example, stems from a chilling storyline in The Lord of the Rings: “It’s just a couple of pages, a backstory, when Aragorn is looking for Gollum and goes through these villages where children have gone missing, and that’s how he finds Gollum. You’re not told what happened to the children, but you can take it as read that he’s going in and stealing infants and eating them. And this is a kid’s book. It explodes your imagination a bit. Things like that stay with me and I wonder, ‘Is there a way that I could do that, make it my own?’  Because we’re always learning. Whenever I see a cool narrative trick, I think, ‘That’s great! How can I twist that around and make it mine?’”

These days, Cavanagh says, Patricia Highsmith is an increasing influence. “A couple of years ago, Sarah Hilary [of DI Marnie Rome fame] put me onto Highsmith. I’m going through her books now and, well, I wouldn’t have written Twisted [due in the US in February] without reading The Talented Mr. Ripley. There’s a brilliant economy to her prose, an economy of storytelling. I mean, these are not big books, and she manages to pack so much psychological nuance and so much character into such short pieces of fiction. And she manipulates the reader as much as her characters manipulate each other—I love that! She makes you root for Ripley. There’s a bit where he’s just killed someone and someone else is coming up the stairs, and you’re afraid for Ripley, for this murderer. That’s a writer of enormous skill.”

Twisted veers distinctly off-piste from the Flynn thrillers—though the lawyer does get a mention—with a tale straight out of the crime-noir playbook. “I wanted to see if I could write a book that wasn’t set in a courtroom,” says Cavanagh. “There was an aspect of not just being the legal-thriller guy, finding out whether can I do something else.” And he’s giving himself the time to continue doing just that: in May, Cavanagh hung up his courtroom suits to write full-time: “I’ve been burning the candle at both ends for about five or six years now, so something had to give. I wanted to change things up a bit.”

With a newly completed Eddie Flynn thriller under his belt and at least two more novels in his mind’s eye, this sounds like a winning streak for Cavanagh—even if he may have had his day in court. 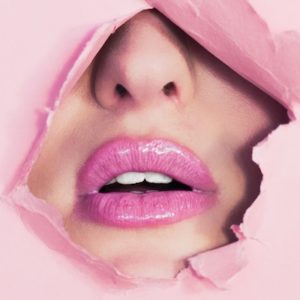 The wellness industry is a carefully curated beast driven by the weight-loss industry, pseudo-science nutritionists and Instagram...
© LitHub
Back to top