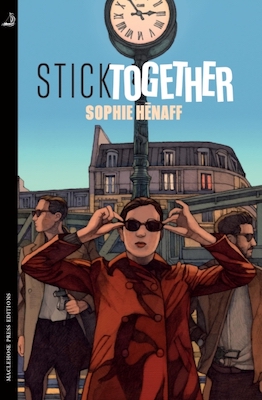 The following is an exclusive excerpt from Stick Together, Sophie Henaff’s newly translated noir about rivaling Paris police forces, which finds Commissaire Anne Capestan forced to drag her unwelcome squad into the investigation of the murder of her ex’s father.

Swathed in the gloomy trappings of winter, the capital felt murkier than ever. A thin film of greasy drizzle forced the Parisians to walk with their heads lowered, eyes darting across the pavement, defeated by the day before it had even begun. With her chin tucked into a big flecked scarf and a thick black poncho draped around her, Capestan picked her way through a forest of pedestrians’ umbrellas on rue de Daguerre. She strode towards rue Gassendi, which, because of the crime scene, was at a standstill where it joined rue Froidevaux.

The body had been found two hours earlier. Capestan, whose desk was piled high with lapsed files, wondered what she had done to deserve such a fresh case. This certainly marked a return to the fray.

As always, the rubberneckers were craning to catch a glimpse of the action from behind the security cordon, doing their best to jostle past the obstinate police officers. The commissaire slipped past these nosy onlookers, presented her badge with a smile, and crossed the barrier, trying to make out the tall figure of the number 36 boss. In addition to the local police force and the forensics teams, she spotted a couple of lieutenants from the Brigade Criminelle, who were no doubt itching to take on this case, as well as a B.R.I. van that for some odd reason was parked at the top of the street. Throw in her own attendance and it was clear from all the heat in tow that this was no ordinary murder. The directeur’s summons were suddenly all the more intriguing.

Buron, hands deep in the pockets of his khaki duffel coat, looked less than impressed as he contemplated the hustle and bustle. As Capestan approached, a smile vanished as quickly as it appeared.

She pulled back her hood to widen her field of vision before answering.

“Good morning, Monsieur le Directeur. What have we got here? Plenty of personnel, at least.”

“Yes, plenty. Too many,” Buron said, turning to survey the hive of activity.

Capestan thrust her chin back into her scarf.

“Why did you invite us to the party?”

“The victim is a big gun from the B.R.I., so I already know full well how they are going to play this. Same with Crim. They’ll dredge up a lot of old bad blood, root around every gangland police file since Mesrine’s glory days, and refuse to follow up any lead that doesn’t fit the B.R.I. bill.”

The murder of a top-flight officer . . . Leads that didn’t fit the bill . . . Capestan was not sure she liked the sound of this.

“Monsieur le Directeur, please tell me you’re not asking us to investigate another inside job. Other officers have got their knives out for us as it is.”

Capestan had never been too bothered about her reputation, which was just as well, all things considered, but in the long run, being the object of so much bile was hard, even for someone with her thick skin. It required a lot of courage, or a lot of blithe indifference, to keep a clear head in the face of such disdain.

“No, I’m definitely not suggesting that this is an ‘inside job’; I’m simply asking you to explore all possible eventualities, just as you would for any investigation. Having said that, yes, you do risk encountering a certain amount of . . . intransigence.”

Buron let out a small sigh and rubbed his gloved hands together. He seemed determined to speak frankly:

“If I’m honest, my decision to assign you to this case has not been wildly popular. Crim. are saying they don’t need any support in their investigations, and are already pretty upset to have the B.R.I. on board, let alone you and your other black sheep.”

Capestan flicked a sodden curl off her forehead.

“I can well imagine,” she said. “But I don’t get it – did the public prosecutor’s office request us?”

The officer straightened even more, clearly proud to belong to this legendary elite squad, whose officers abseiled down the sides of buildings, dangling from their ropes as they sprayed bullets into the hideouts of hardened gangsters.

Buron shook his head and frowned, flexing his fingers in the morning air. In the directeur’s language, this meant: “No, not exactly, there are still a few tiresome administrative hoops to jump through.” Capestan translated this into the only term that was fit for purpose: “No.” The public prosecutor’s office barely knew her squad existed, and Buron, the Directeur of the Police Judiciaire, was enlisting their services on the sly. The commissaire kept coming back to the question of why she was there. Without wanting to be overly humble about it, she knew they had nothing to bring to the table on a case like this. Something about Buron’s decision did not make sense.

“I’m sorry to keep asking, but why us, Monsieur le Directeur – ?” Buron cut her short as a huge mountain of a man walked past, his muscular torso wedged into a black leather jacket. His dark features were handsome, but he wore a closed expression. Buron touched the man’s elbow and drew him to one side. His hulking frame cast a shadow the size of a skyscraper. Recognising the directeur, he stopped abruptly and stood to attention. The directeur nodded his approval before addressing Capestan:

“Commissaire, allow me to introduce you to Lieutenant Diament from the B.R.I. Varappe Division, isn’t it?”

The officer straightened even more, clearly proud to belong to this legendary elite squad, whose officers abseiled down the sides of buildings, dangling from their ropes as they sprayed bullets into the hideouts of hardened gangsters. Given the size of this officer, Capestan had some sympathy for both the ropes and the gangsters.

“I gather that you, lieutenant, are tasked with ensuring clear communications between the B.R.I., Crim. and Capestan’s squad, correct?”

“Yes, sir,” he replied, his voice quieter this time.

“Pleased to meet you, lieutenant,” Capestan said, giving him a friendly smile and holding out her hand.

The man shook it and nodded, studiously avoiding eye contact with the commissaire. Aside from the irritation at being subjected to these tedious pleasantries, Capestan also detected a hint of sadness in the lieutenant’s eyes. Probably something unrelated to the job in hand, she guessed.

“As soon as the crime scene investigator has finalised his report, the lieutenant will forward you a copy. He will keep you up to speed as the various enquiries develop, and you will share any findings with him too, commissaire. For this case, I want the head honchos at number 36 to cooperate with complete transparency. Can I count on you? Lieutenant? Commissaire?”

Diament consented with a martial nod of the head. As for Capestan, she shrugged cheerily to show her agreement.

After the lieutenant had taken his leave, Capestan, who was rarely one to let things drop, returned to the question of why she was there.

The directeur motioned to her to follow him. They headed towards the body, which was now covered with a canvas sheet, and tugged on some paper overshoes. Perched on a ladder, a forensics officer was lifting fingerprints from a street sign. His colleague waited at the bottom, screwdriver in hand. The sign no longer read “rue Gassendi”, but “rue Serge Rufus, 1949–2012, Bastard Commissaire”.

Suddenly it was clear why Buron had called her. 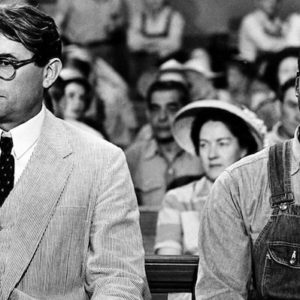