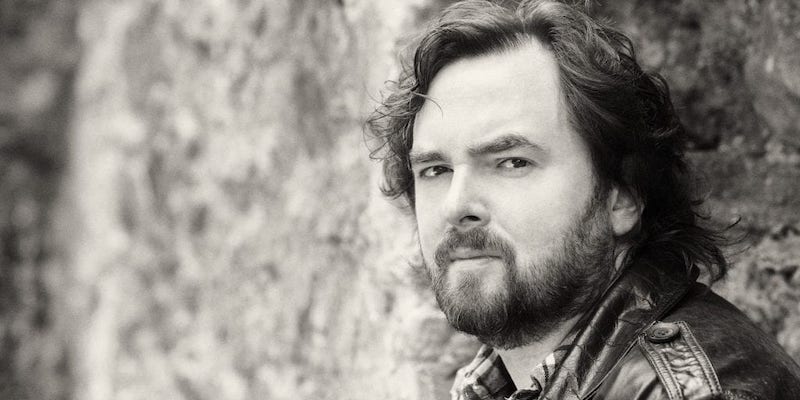 Stuart Neville: Why I Will No Longer Hide My Accent

Northern Irish writers are often instructed to tamp down their regionalism by London publishers. It's time to set aside safe bets and embrace unique voices.

I have a clear memory of one of my earliest conversations with another author. It was perhaps nine months or so before the UK publication of my debut novel, then called The Ghosts of Belfast. I was talking with Colin Bateman, writer of the seminal Belfast crime novel, Divorcing Jack. He said to me, quite confidently, “They won’t let you keep that title, you know.” When I asked why, he told me it was because UK retailers wouldn’t stock a book with Belfast on the cover. He was proven correct a few months later when I received a phone call from my editor—himself a Belfast native—telling me the title needed to be changed for exactly the reasons Colin had predicted. After much wrangling, we settled on The Twelve.

I contacted Laura Hruska, my publisher at Soho Press, and asked if we should also change the title for the United States. Absolutely not, was her answer. The post-conflict Belfast setting would be the book’s chief selling-point. Why, she asked, would Soho Press try to downplay the very thing that made my novel stand out from the crime fiction pack? Laura is no longer with us, but her wisdom still reaches out to me more than a decade later.

When The Twelve came out in the UK, you’d never have known from the back cover that the story was set anywhere in Ireland, let alone Belfast. The protagonist, Gerry Fegan, was no longer a former “paramilitary killer,” but a “contract killer”. When the glowing reviews appeared in the UK press, they all homed in on the Belfast backdrop, but my publisher still did their best to bury the setting. Meanwhile, across the Atlantic, The Ghosts of Belfast became an award-winning success, not hampered in the least by the titular city.

It was accepted wisdom back then that nothing could kill book sales quicker than stringing together the words Northern and Ireland.

If I could do it all over again, I would not have bowed to the pressure to change the UK title. It was accepted wisdom back then that nothing could kill book sales quicker than stringing together the words Northern and Ireland. Ironically, this was truer in Northern Ireland itself than anywhere else. The phenomenon of “Cultural Cringe” is keenly felt in my home country, a sense of never being quite good enough, of inferiority to our betters in Britain and America. My own insecurity meant I didn’t feel I had a right to argue; I was lucky to get a seat at the table, so best keep my head down and my mouth shut.

The publishing industry has problems with many -isms: racism, sexism, ableism, classism, every -ism you can think of can be found, sometimes in plain view, other times more subtly manifested. One that isn’t often highlighted is regionalism. English-language trade publishing has never been able to escape the gravitational pull of London and New York, so it’s hardly surprising that regionalism is so deeply rooted.

Focusing on British publishing, regionalism is an accepted reality, openly discussed as if it just can’t be helped, and we all need to hide our accents for fear of upsetting the English readers who are the largest portion of the UK market. I, and other Northern Irish writers I know, have been bluntly told that setting stories in our home country is death for sales, and we should think about setting them elsewhere. If we insist on a Northern Irish setting, then that will be hidden as far as possible in all cover blurbs and promo material. And we’ve accepted this with little resistance, doffing our caps and remembering our places.

Some of us, including me, have tried relocating our stories to America. Adrian McKinty and Steve Cavanagh have done so with greater commercial success than I had with my alter-ego, Haylen Beck. I’m proud of the two novels I wrote under that pen name, and I may well write more books in that style and setting in the future, but they taught me that Northern Ireland is the place I need to write about. And why shouldn’t I? Why can’t I tell stories about the place I grew up, the place I still call my home? It may well be a commercial reality that novels set here are more difficult to sell, but perhaps it’s my responsibility—and my publisher’s–to challenge that prejudice, not pander to it.

I’m not sure if this quote originated with the great John Connolly, but allow me to paraphrase something he once said: Every book I write is a reaction to the last. That’s absolutely true of my new novel. After writing two books set in the United States, The House of Ashes is the most Northern Irish thing I’ve ever done. That claim is not based purely on the setting, but on the language. In the past, I’ve shied away from writing with an accent, keeping my prose and dialogue neutral. With this book, I’ve finally allowed my characters to speak in their own voices, the narrative veined with Ulster-Scots dialect. In particular, those chapters told in the first person by Mary Jackson dive fully into the vernacular of her time and place, the words and phrases that lived on the tongues of my grandparents, parents, aunts and uncles, and can still be heard today all across this tiny country.

This is nothing new, of course, plenty of authors have done it before. But it’s new for me, and as this is the first novel under my own name in five years, it’s also a risk. At this stage in my career, however, I no longer feel inclined to play it safe. I am grateful to my long-time US publisher, Soho Press, for supporting me in this, and for my new UK home, Bonnier Zaffre, for listening to my concerns about hiding this book’s setting. There are so many stories aching to be told about Northern Ireland, some about the conflict that defined us for decades, some that have nothing to do with the Troubles. These stories, and the writers who tell them, deserve to be heard every bit as much as those set in the home counties of England or the mean streets of Los Angeles. So, I am no longer going to hide my accent, and I will no longer accept a publisher’s attempts to hide it for me. This is my voice, and no one has the right to take it away from me. 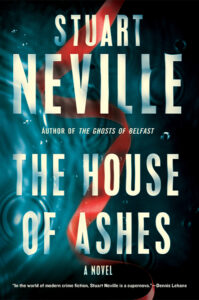 Stuart Neville, the "king of Belfast noir" (The Guardian), is the author of the short story collection The Traveller, as well as nine novels, for which he has won the Los Angeles Times Book Prize and been shortlisted for the Edgar, Macavity, Dilys, Barry, and Anthony Awards as well as the CWA Steel Dagger. He lives near Belfast. His latest novel, The House of Ashes, is now available. 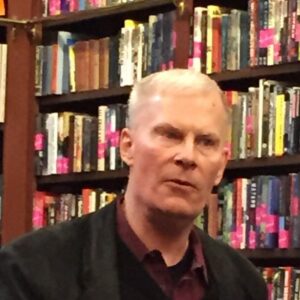 The American Historical Association in Washington, D.C. was two blocks from James Grady’s apartment on Capitol Hill....
© LitHub
Back to top