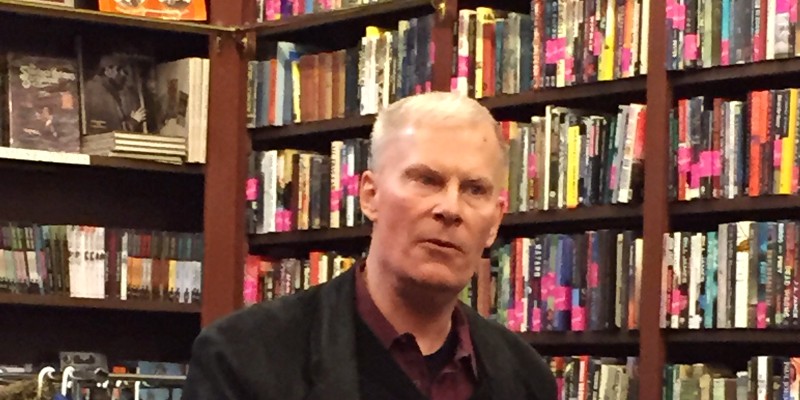 In 1971, a young Capitol Hill staffer walked by an old townhouse and wondered if it could be a CIA front. The idea would become Six Days of the Condor.

The American Historical Association in Washington, D.C. was two blocks from James Grady’s apartment on Capitol Hill. Each day, Grady would pass the large white townhouse at the corner of 4th and A Streets, SW, on his way to the office of Sen. Lee Metcalf, D-MT, where he was a college intern.

Curiously, not once during all those months in Washington did he see anyone enter or exit the building.

What really went on at 400 A St., SE? Grady let his imagination run wild.

“I thought, what if one employee went to lunch and everyone else was murdered. Those two things stuck in my head.”

Years later he ran with the idea all the way to the bank. His fantasy sparked his very first thriller, Six Days of the Condor, which became an international phenomenon—both as a bestselling novel and as a movie starring Robert Redford.

Grady’s novel is set in the Capitol Hill neighborhood where he lived and the American Historical Association still, to this day, maintains its headquarters there. Grady’s thriller starts with the massacre of several CIA analysts inside the townhouse—except for one employee, code-named “Condor.”

Grady’s own story didn’t start much before that. He was just 24 when fame and fortune knocked on his door, or rather knocked it down.

“I’d always wanted to be a writer, but like most writers, this was discouraged by my parents who wanted me to wear a tie and become a lawyer or something.”

It was thanks to journalist Samuel Archibald, a political reporter for the Sacramento Bee before moving to Washington to work on Capitol Hill, that Grady was even in Washington at the time. Archibald had persuaded Sears & Roebuck to create an internship program for journalism students to work in congressional offices.

“I worked really hard to be in position to be the one my school nominated, and I got picked,” Grady says.

He was the only one in the program who got to work for his home state senator. After working on the Hill all day, journalism interns attended night school to discuss investigative reporting with some of Washington’s elite scribes and opinion makers.

Les Whitten, who worked for famed columnist Jack Anderson, the nation’s top investigative reporter at the time, was the last to speak to the class before the program ended. Grady stayed after class and corralled Whitten. Their conversation led to talk of Allen Ginsberg, who was then traveling to Vietnam to investigate the heroin trade. Grady used their conversation later as the basis for his first novel.

After his internship ended, he went home to Montana. “I wanted to be a novelist, but how do you do that? I did not want to write a James Bond novel. He could shoot someone’s eye out while giving Ursula Andress an orgasm just by her looking at him.”

He then got a job working on redrafting the state’s constitution. His qualifications? He wrote fast.

Grady would go to work and then spend all evening on his novel. He had no social life, only an understanding girlfriend. It was the 1970s and there were no laptop computers, only typewriters. While working at another government job, he gained access to an electric typewriter. So, he headed back to the office each night after dinner to write.

His original novel’s story took seven days to unwind. He wanted to put the number seven in the title, but the acclaimed thriller Seven Days in May (and later a movie starring Kirk Douglas, Burt Lancaster, Ava Gardner and Frederic March), had been published a decade earlier and he didn’t want any confusion with another thriller’s title. So, he crammed his plot into six days.

Thinking about the many murders in his plot, he was looking for something dark for his novel title. He first considered 6 Days of the Vulture. But it didn’t sound right to him. He decided to drop vulture and came up with condor and set himself on a path to make history.

He used Writers Market in his hunt for a publisher. He went to his local library and found publishers who accepted unsolicited manuscripts. He sent out 12-15 query letters along with his first chapter, with the help of the state’s copy machine—feeling guilty the entire time.

He got six responses and picked one of them at random to receive his entire manuscript.

“Cause what else was I going to do?” He sent out only one manuscript because he thought that’s what you do.

After two months he hadn’t heard back. He was growing anxious because he was considering leaving the state capital of Helena and moving to Missoula where his girlfriend lived. But if he moved, how would the New York publishers ever find him, if only to return his manuscript? This was years before cell phones. Concerned they might try to find him and fail, he got through to a junior editor at the publisher who said they weren’t interested in his novel and would return the manuscript.

After moving to Missoula, Grady sent a copy to W. W Norton & Company. And waited.

His apartment in Missoula was a dump and he was forced to use a shower at the local university. It was tough times. His weekly budget consisted of an occasional movie and two Cokes. He was trying to repair his shower when he got a call from Starling Lawrence at Norton.

“My God, I thought. Is this guy crazy? But I didn’t want to dissuade him.”

“We’ve sold your book to the movies and your share is $81,000,” Lawrence finally blurted out.

“It was a big deal to have sold the novel, but I didn’t think I was going to make a living at it. I was sitting there and realized my life was going to change beyond any fantasy I’d ever had. It was an out-of-body experience. I remember pulling the duct tape off my arms and looking around this place, and saying, “What the hell.”

There would be no more trips to the gym to shower or dilapidated bathroom repairs in his life.

“I can’t say it was a dream come true because I hadn’t been able to dream that big.”

Unknown to Grady at the time he submitted his manuscript, W. W. Norton had decided to pull three novels from their unsolicited slush pile each month and hired William Morris to hawk the books to Hollywood.

After reading the first four pages, film director Dino de Laurentiis told Grady, “I knew this was going to be a movie.”

“I was the guy in the right place, with the right kind of product,” Grady says. “My timing couldn’t have been better. I’m the luckiest author you’ve ever interviewed.”

His very first novel soared on the bestseller charts. And now at the age of 25, he appeared in People magazine and on television all over the country. It was heady days and a bit disconcerting.

“I had no clue what I was going to do.” But luck continued to stalk his front door.

“Two weeks later I got a job to work for my senator during Watergate.” Grady moved back to D.C. to take on the one-year assignment while his book was in production and plans were in the works for a movie.

For an aspiring writer and investigative reporter, it doesn’t get much better than this. But then it did. After the hearings ended, Grady worked for no less than Les Whitten’s boss, investigative columnist Jack Anderson, while they were making what became Three Days of the Condor. The number of days was reduced again to quicken the film’s plot.

Although Six Days of the Condor was based on Capitol Hill in Washington, the movie locale was switched to New York City to accommodate its star, Robert Redford. While filming Condor, Redford was preparing to star in and produce All the President’s Men the following year.

Keen-eyed readers will see a plot change from the hardcover version of Six Days of the Condor and the paperback. The female lead in the original was killed. But in the paperback, she lives, although Condor thinks otherwise. Heroin smuggling was behind the murders in the hardback. That changed to “a super drug” in the paperback version.

Why the changers? “They were done because I was naïve,” Grady says. “An anonymous editor in a paperback house was probably in a meeting where he had to say something, so he came up with those two things.”

While technically only suggestions, Grady was so inexperienced, he thought he had to make the changes. He has regretted it ever since. “It screwed up the pacing.”

Since his initial novel, Grady has gone on to write 12 more, written for both television and film, and published numerous short stories. All because he was plucked from the slush pile and had impeccable timing, he made history noticing a mysterious townhouse filled with it. 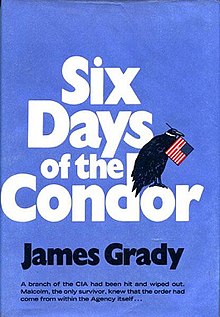 Six Days of the Condor

Start to Finish: Five months for the first draft

I want to be a writer: Five years old

Experience: Movie reviewer for his college newspaper. It was great for dates, except he had to race back to the paper immediately after the movie to file.

Agents Contacted: None. After signed with a publisher, his publisher helped him find an agent.

Agent Responses: Contacted the William Morris Agency and had an agent before he left Montana.

Agent Search: Sent out half dozen queries and a woman at the William Morris Agency quickly wrote him back a personal letter. That’s when he learned they had had handled the sale for the movie rights.

Advice to Writers: Be true to your vision. Listen to those voices in your head and work your ass off.

Stuart Neville: Why I Will No Longer Hide My Accent 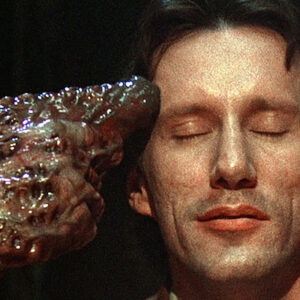 ‘My mind is bent to tell of bodies changed into new forms.’ These are the opening words of Ovid’s Metamorphoses. Many...
© LitHub
Back to top