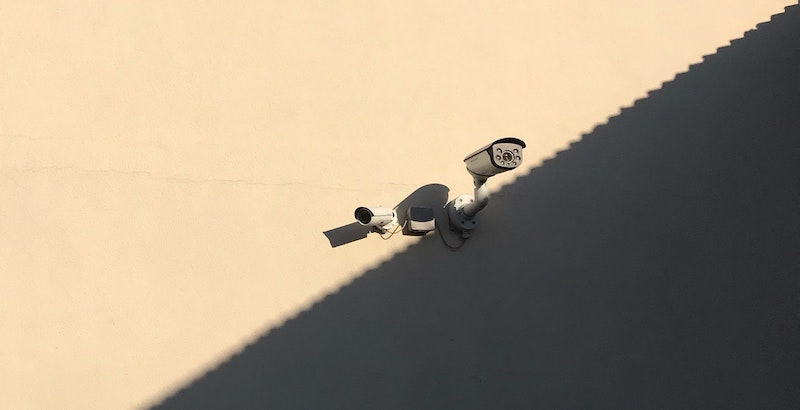 A crime writer's thoughts on our increasingly watched world.

It can happen the instant you leave your house.

And then again as you sit at a stoplight.

And yet again as you walk into the grocery store.

If you live in an urban area, or even a suburb, chances are your image is captured dozens of times while you go about your daily routine in public. Surveillance cameras are so ubiquitous now—from traffic cameras to doorbell cams—that it’s almost impossible to escape them. But where do all these images go and what happens if they end up in the wrong hands?

Cameras are proliferating, and you may even have one in your hand right now. Cameras are used billions of times a day to snap selfies, take videos, and maybe even record a crime in progress. But it’s not just the use of smartphone cameras that has exploded. Every day, surveillances cameras mounted in public spaces are poised to capture images of your face, your car, your license plate. Roughly 770 million surveillance cameras are in use today, and that number is expected to jump to one billion by 2021, according to a market forecast reported by the Wall Street Journal last year.

And it isn’t only government agencies collecting images. They have help. Dozens of cities across the country have partnered with private businesses to create surveillance networks. Store owners in shopping centers, for example, might decide to share their feeds with local police, who monitor those feeds in real time. The result is more coverage at a lower cost to police departments, but it can also mean a more pervasive system of surveillance, one in which computer software flags “suspicious” behavior for police to scrutinize.

How much surveillance is happening in your community? Depending on where you live, it could be a lot. AtlasOfSurveillance.org has built a site to show people the different types of surveillance—from Automated License Plate Readers to airborne drones—currently deployed in cities across America.

Article continues after advertisement
How much surveillance is happening in your community? Depending on where you live, it could be a lot.

Individual consumers are spurring the trend, too. Cheap, easy-to-install cameras and apps are becoming more and more common at private homes, meaning that our images are being captured while we do such mundane activities as walk a dog down the street or ring a neighbor’s doorbell. Some doorbell camera services, such as Amazon’s Ring, share images with law enforcement agencies. One obvious goal is to deter crime, including the theft of packages on doorsteps. But what else might companies be doing with the images they collect? And do people who buy and install this technology know that the images they record are uploaded to the cloud, where they can potentially be handed over to police?

The volume of images collected daily is mind-blowing, and there is no doubt that some of this surveillance benefits communities. Footage from surveillance cameras can be used to identify an armed robber in a convenience store holdup. Or help locate a kidnapped child. Or help keep a high-profile tourist attraction safe from terrorist attack. But some uses are much more concerning. The explosion of surveillance cameras, combined with new developments in facial recognition technology, has many privacy advocates sounding alarms.

If you live in America and drive a car, chances are your photograph is part of a database of face images that can be accessed by the FBI. By tapping into state driver’s license databases, plus the State Department’s passport and visa photos, the FBI has steadily expanded its collection to include more than 640 million face images, according to the U.S. Government Accountability Office.

The FBI’s Next Generation Identification database, or NextGen, contains millions of biometric identifiers, including more than 30 million civil and criminal mug shots. These “faceprints” are based on certain markers, such as the distance between pupils and nostrils, that are almost impossible to change or disguise.

Private companies such as Clearview AI are part of the trend as well, combing popular social media platforms to amass up to three billion face images, and then passing those images along to paying customers, including government agencies. Whether we realize it or not, our faceprints have become a hot commodity.

So, what happened to our freedom to be anonymous in public? Is it gone forever because of facial recognition technology? Unlike a password that you suspect has been hacked, you can’t simply change your face.

As the use of camera surveillance and facial recognition technology expands, so does the potential for abuse. The risk has been highlighted this summer as people across the country have taken to the streets to protest police brutality. The ACLU warns of damage to civil liberties as law enforcement agencies use drones, surveillance cams, and police body cams to capture images of civilians exercising their First Amendment rights.

Another problem with facial recognition technology? Searches of databases can generate false positives, particularly for women and people of color, according the ACLU. The result can be a person suspected of, or even arrested for, a crime they didn’t commit. Such a case happened this year in Detroit when a Black man was wrongfully arrested for shoplifting after he was misidentified in surveillance photos.

Another problem is abuse by individual bad actors. Police officers can use facial recognition technology for personal reasons, such as tracking an ex-spouse or improperly looking up an unsuspecting person’s home address.

Given the potential for abuse, it doesn’t take a fiction writer to come up with some disturbing scenarios. In my new novel Hidden, a ruthless killer uses advancements in facial recognition technology to carry out a string of murders while skillfully evading police. The story may sound like dystopian fiction, but the technology used by the villain exists today.

So, what can be done to protect our privacy, civil liberties, and personal safety?

Unfortunately, our laws are playing catch up with technology. We don’t have the transparency needed to understand where all these captured images are going and how they are (or aren’t) being protected from hackers and abuse. Watchdog groups say oversight is needed, including restrictions on which government entities can collect your photo, where it can be stored, and for how long. Some states, such as California, have already passed laws to ban facial recognition technology in police body cams. This summer, several U.S. senators introduced legislation to ban the use of facial recognition technology by federal law enforcement.

Despite these efforts, surveillance cameras are everywhere, and they’re not going away anytime soon. Until and unless limits are put in place, we need to be aware that we’re living in a hyper-recorded society, where our every move has potential to be captured from the moment we leave the house. 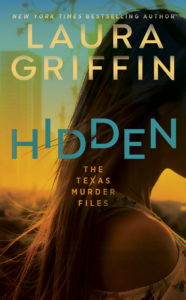 LAURA GRIFFIN is the New York Times and USA Today bestselling author of more than thirty books and novels. Her newest romantic thriller, Midnight Dunes, is set on the white sand beaches near Padre Island National Seashore in Texas.
https://lauragriffin.com 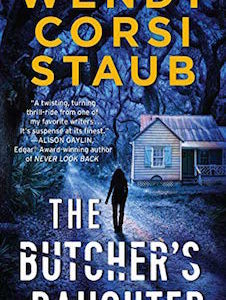 The city that had snoozed well past dawn on New Year’s yesterday has resumed humming with hyperactivity. Amelia shoulders...
© LitHub
Back to top