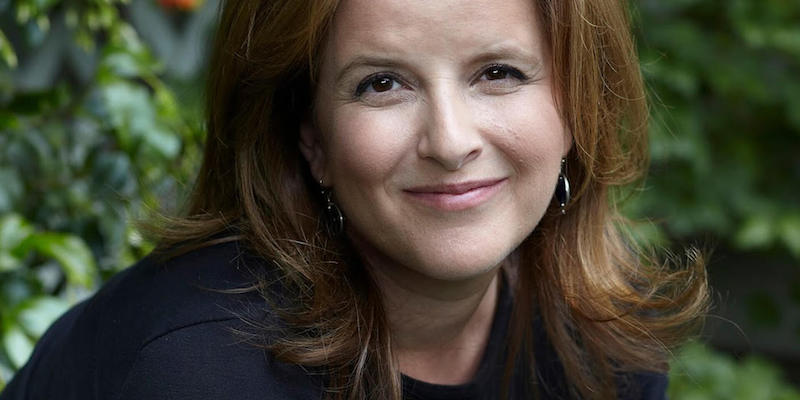 On the author of the Manon Bradshaw novels who passed away earlier this month.

Earlier this year, when my second novel was published, an interviewer asked me which writer, alive or dead, I’d like to meet and under what circumstances. I wanted to say Susie Steiner in a pub somewhere in Cambridge, England, where Steiner’s novels are set. In my mind, I imagined it would be an opportunity to be in the presence, even for a short time, of the author who created detective Manon Bradshaw. I knew I’d need to be on my toes. From her social media and interviews, she came across as smart, brutally honest, and unlikely to suffer fools. In the end, though, knowing of her grave illness at the time, I decided the choice was inappropriate and named someone else.

Now, with the recent news of her passing, I feel all the more that I wish I’d had the chance to meet her.

Susie Steiner died on July 2 at age 51, leaving behind her husband and two young sons.

Steiner wrote a debut literary novel and then three mysteries in the Manon trilogy. The first of the mysteries, Missing, Presumed, sold in a publishing auction, became in international bestseller, and was shortlisted for the Theakston Crime Novel of the Year Award.

But she also suffered several serious health issues. She lost her eyesight to a hereditary disease, retinitis pigmentosa, and was registered as fully blind just six months after publication of Missing, Presumed, which she described as “a lifelong dream come true.” Then, in 2019, while writing her third Manon novel, she was diagnosed with a brain tumor, grade 4 glioblastoma, which eventually took her life.

While I never met Steiner, her writing had a profound effect on me. When I read Missing, Presumed, I found an original voice. The novel starts not with the crime (we don’t get to the missing person until page 14!) but with Manon at home on a snowy evening recalling a just concluded disastrous date. Those first eight pages are a kind of tour of the character’s thoughts—smart, witty, insightful, honest, self-deprecating. By its end you know who this woman is, you are on her side, and you want to see what she’ll do next.

Manon is neither like the typical male detective nor even many female detectives. She’s not athletic and is unlikely to chase or tackle a suspect. Like most fictional detectives, she’s troubled, but in her case, she troubled by her pregnancy, the safety of her children, the pathetic men she dates, the idiocy of politicians, lack of sleep, and the state of her housecleaning.

Missing, Presumed is written in present tense, giving it a kind of subconscious immediacy. Each chapter is titled with the name of one of the characters. Reading the novel is a lesson in that obvious, but nonetheless often overlooked, notion that, if readers are to engage with a story, they must first care about and root for the characters. Steiner’s interior monologues of Manon and the other characters are just plain fun to read. Like the interior monologues of her fellow British novelist, Kate Atkinson, they are full of funny, original flights of thought. Like our own flights of thought, they bounce from topic to topic. They are reflections on colleagues, her father and sister, politics, social issues, food, intimate relations, children, and parenting. For me, the real heart of the novel lies there. It’s there, not necessarily in the mystery itself, that Steiner explores human nature and what really matters. The lesson is that a crime novel can have the propulsion of a mystery but also slow down once in a while to be something else.

In a 2017 Peter James / Authors Studio interview on YouTube, the interviewer asked Steiner what books inspired her. She said,

Kate Atkinson’s Jackson Brodie novels, which I adored because they have the combination of page-turning grip but also a literary sensibility. They’re beautifully written. They have a dry, ironic humor to them. They’re very closely observed. They’re very beautiful at sentence level. That combination is the most delicious novel. That’s what I was trying to create: a mashup between a literary novel and a crime novel, a potboiler.”

Not yet old enough for a man, nor young enough for a boy. What is that? Lines from Twelfth Night embedded in her brain. Funny that she’d resented all the drumming and drilling at school, the tittering and yawning in uniforms as lines were delivered by lackluster boys and girls leaning back in their chairs. The essays on Coriolanus or Much Ado. She hadn’t realized those lines would be the ones to comfort her most in the second half. Perhaps the teachers knew, had thought to themselves, “You’ll thank me one day.”

Here’s Manon in Persons Unknown flirting with her boyfriend Mark:

“I think you’re wildly attractive,” he says. He had laid his head back on the sofa cushions, like hers. His body is turned toward her. Their foreheads are almost touching. She can feel the warmth of his breath, its sulfurous smell making her feel vaguely sick. She wishes pregnancy hadn’t made her so hypersensitive to odor—they could use her at crime scenes in place of sniffer dogs. Pregnant women on leashes, leading forward on all fours.

Still she’s not about to exit a moment where someone finds her wildly attractive, even it involves a touch of nausea.

Or, here’s another Manon interior monologue from Steiner’s third novel Remain Silent on a subject the author knew something about:

It’s either the children or it is Death. It might well be Death: that shadow of a notion that you might be more than halfway through and this is all you’ve got, this is all the powder in your keg. New experiences? You’ve had ’em. Except cancer, and that might well be the one remaining new experience left to try. . . .

The great variable of it all after forty-five: when the reaper might call. Will it be fifty? Sixty-two? Will people shake their heads momentarily, saying “So young” before going back to their online food order? Or will it be ninety-two, blind, deaf, and gaga? Once you’re living after halftime, it’s a gamble—when death is going to take you and whether it might be your own fault for not “eating clean.” Too many fags, not enough kale. Too much telly, not enough yoga. Sitting is the new smoking. Obesity is the new sitting. A scientist once told her the age of your death is set at your birth. If only we could know, we wouldn’t have to spend so much time worrying about it. Imagine spending your life chowing down on kale, only to find you’ve got ninety years of it to get through? If someone could just inform you, at maybe thirty, that you’ve got until sixty-eight to do everything, love everyone, set your affairs in order, have your affairs. If only we could be taken less by surprise by death. People in the past who went quietly mad losing child after child lived cheek by jowl with death, less utterly astonished by it. Perhaps if it surrounded you like that, like a terrible, dank lake, you would take less umbrage at its random cruelties.

I am very sorry to hear of Steiner’s passing—for the loss to her family and friends. She left us far too soon.

We’ll always get a shelf-load of books from some authors, and just a handful from others. But from Steiner, what a wonderful gift her three Manon books are! 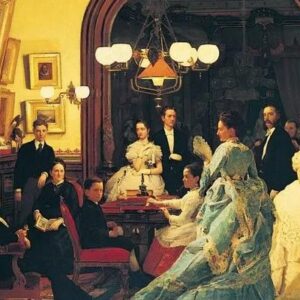 As someone who stormed through Succession, White Lotus and Big Little Lies with their jaw permanently attached to the floor,...
© LitHub
Back to top