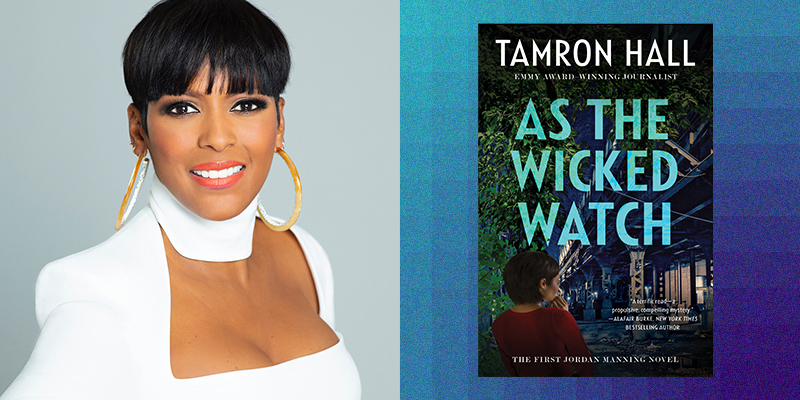 "[M]issing people of color were invisible to those writing and reporting the news."

Tamron Hall is an Emmy-Award-winning talk show host who is also an advocate for domestic violence awareness. She brings all this impressive experience to her debut psychological thriller, As the Wicked Watch (now in paperback from William Morrow), the story of a crime reporter who becomes consumed with her need to bring attention to the murder of a Black teenage girl, the kind of victim who never gets their fair due in the news. As the Wicked Watch eviscerates the news industry as the home of Missing White Woman Syndrome, and combines a driving narrative with a fierce main character for a novel that will keep you turning pages well into the night. Thanks to Tamron Hall for letting me ask a few questions about the new book and her experiences in journalism.

Molly Odintz: How did you incorporate your own experiences in media into the book?

Tamron Hall: Jordan is very much inspired by my life as a journalist. 25 plus years of reporting and anchoring gave me perspective. That said, Jordan is her own being and, in some ways, she is a piece of so many woman I’ve worked alongside in newsrooms from Philadelphia, Texas, Chicago, and New York.

MO: As the Wicked Watch draws attention to the way Black girls’ disappearances and murders are underreported on; what did you want readers to think about when it comes to “missing white woman” syndrome and who mainstream media leaves behind?

TH: I could never have imagined As The Wicked Watch would be released just as we were having the national conversation again of who gets to be the headline. The book launched just as the nation was captivated by the disappearance of Gabby Petito. But what we learned after so many black parents and family members spoke up was, yet again, missing people of color were invisible to those writing and reporting the news. This is explored in the book inspired by my own newsroom experiences over the years. I want the readers to see and hear in this story the real pain I witnessed talking with parents who wondered aloud to me, “Does anyone care?”

TH: The phrase “girl next door” was always triggering for me. As a young woman, I was always led to believe that was a white blonde woman. The fresh faced “Noxzema” ads never looked like girls next door to me. Nor did they look like me. In the context of the story, it explains why the media and the public are often lured into caring more about a certain type of girl when she goes missing. It should go without saying no matter what the girl looks like: she lives next door to someone, she is part of a community.

MO: The structure of a reporter story is great for fair play mysteries, as we follow along with the investigation and learn the same details as the journalist along the way. What is your writing advice for those who want to write a novel featuring a journalist? How did crafting a crime novel resemble or differ from the actual work of digging into a story as a reporter?

TH: This was all so new for me. Writing a news story is so different from a novel. I found myself far out of my comfort zone. I would suggest remembering journalists are people. The notion that anyone walks away from the harsh reality of covering crime, for example, unfazed is unrealistic. When writing a novel about a journalist, I would go back to the “girl next door’. A journalist may not live next door to you, but they just like you live in this world and creating a character begins with seeing not what they do, but how does it impact their view and decision. 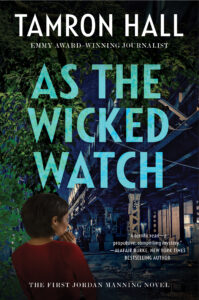 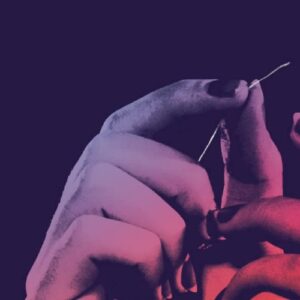 Another week, another batch of books for your TBR pile. Happy reading, folks. * Kathleen Hale, Slenderman: Online Obsession,...
© LitHub
Back to top