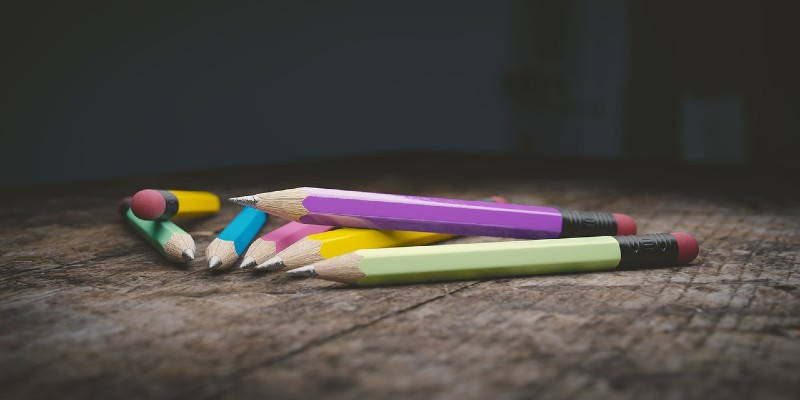 Kitt Crowe on writing in two different genres, and how their demands change an author's approach.

Is there that big a difference between falling in love and solving a murder?

Um, yes, there is, especially when writing about love and murder. For me, it’s not just about content but about the craft and process of writing in those separate genres. I find it fascinating that although I’ve been writing for over twenty years, my beginning process for writing cozy mysteries is vastly different than it is for writing in the romance genre.

I started writing romances because I love to read them. It’s not a billion dollar industry for nothing! Comprised of formulaic and original plots, as well as a guaranteed happily ever after (HEA,) the genre breeds voracious readers who want engaging lead characters, a romantic main plot, and that all-important HEA (or HFN—happily for now, which has become accepted in the genre.)

Some writers like to plot. Other write by the “seat of their pants”—otherwise known as pantsers. When I first began writing, I tried outlining and plotting before the story, but I’d eventually veer off to wherever my characters took me. Now, I start a book with character A and character B, but I don’t know how they fall in love and overcome obstacles to end with their HEA.

Twenty years of writing romance had given me an interesting perspective into the genre and its subgenres. I write contemporary romance, paranormal romance, and romantic suspense. They all share common tropes, such as: enemies to lovers, fated mates, secret baby, fake boyfriend, etc. I’m constantly amazed at how difficult—and fun!—it can be to write the same tropes over and over and still come out with different stories. And let’s not forget that cozy mysteries always have a mystery—typically a murder—that needs to be solved. In every book.

But an engaging read has to do with character, which to me, is the most important part of quality genre fiction.

In romance, I start a book with character sheets. I need physical, emotional, and mental traits. Are they people-pleasers? Highly educated? Street smart? Obsessive? Do they come from broken families or well-adjusted homes?

I know all of these factors before I begin writing, because without them, my characters are inconsistent. Then my brain won’t let me write because I’ll get stuck, that dreaded writer’s block which isn’t really writer’s block. It’s my subconscious telling me I made a mistake. This leads to deleted scenes and revamping the book to get it right (a lot of extra work!) before I can continue.

However, beginning writing a mystery is soooo different. Yes, I have to know the characters, but I also need to know who my red herrings are from the very beginning. What are their possible motives for killing the victim? I have to plant these seeds throughout the manuscript, and it’s a lot easier to plant as I go than to have to go back and restructure the story to fit possible culprits.

I also write my mysteries in first-person point of view (POV), and that’s a very different mindset than third-person POV. Take this example from the narrator’s (first-person) POV in Digging Up Trouble:

“Well, Detective Berg, what are you out detecting today?”

He studied me without expression, and I wondered if he’d cuff me then jail me for being too pleasant. For some reason, though Berg had only been in town for a few months, he’d taken a fierce dislike to me, my dog, and anything resembling dirt.

“I could have sworn I saw the tail end of a troublemaking canine just minutes ago.”

I subtly stepped to my left over the recently dug earth, blocking Berg’s view of the fresh soil I’d repacked.

He glanced down at the rose bush and then around, and I supposed I should have been happy Cookie had taken off the second I’d yelled at her for digging. I was hoping so hard that she’d gone straight home.

Behind my back, I crossed my fingers.

That feel of immediacy and closeness to the story is evident. You’re getting the words straight from the horse’s mouth, so to speak. Then look at it written in third-person:

“Well, Detective Berg, what are you out detecting today?”

He studied Lexi without expression, and she wondered if he’d cuff her then jail her for being too pleasant. For some reason, though Berg had only been in town for a few months, he’d taken a fierce dislike to Lexi, her dog, and anything resembling dirt.

“I could have sworn I saw the tail end of a troublemaking canine just minutes ago.”

She subtly stepped to her left over the recently dug earth, blocking Berg’s view of the fresh soil she’d repacked.

He glanced down at the rose bush and then around, and Lexi supposed she should have been happy Cookie had taken off the second she’d yelled at her for digging. Lexi was hoping so hard that she’d gone straight home.

Behind her back, Lexi crossed her fingers.

Both scenes work, but in the context of a limited POV in the story, the narrator’s close-in perspective helps ratchet the tension as well, because the reader doesn’t get to know the entirety of everyone’s thoughts and feelings while knowing Lexi’s very well because Lexi is sharing them directly.

However, writing in first-person, when you’ve been writing in third-person for years, is challenging. I have to get my pronouns and plot correct, because my narrator doesn’t know everything I, the writer, know. I need to get her that information through other characters, which can make for interesting twists.

So what’s it like in a day of writing for me? For both romance and mystery, it’s basically the same. It’s just my starting points that are different.

Starting with Romance: main character sheets, notebook with secondary characters, detailed research for where the story takes place (typically a real city), vague idea of plot though I know A and B fall in love and live happily ever after, 5-8 page chapter sets waiting to be written, and the novel can be anywhere from 50,000-80,000 words long.

Starting with Mystery: character bible for everyone in town, victim/suspect sheets, updated and detailed map of Confection, Oregon (my fictional town), 5-6 page chapter sets waiting to be written to get to 80,000 words or more—per my current contract, the word count is specified.

I read what I’ve written the day prior and edit that material before writing for four to five hours, or more if I’m really jamming. I do social media and email correspondence after the writing (the email sometimes before.) And of course, all the other parts of publishing with edits, formatting, and reaching out to cover designers and readers happens as needed.

All in all, though my process for writing romances and mysteries is different, the actual writing is the same. Fun, exciting, and intriguing to see how I can make the stories work.

Thanks so much for having me, CrimeReads! 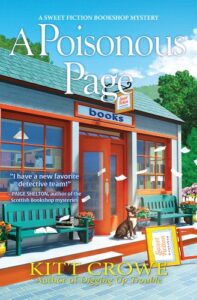 Kitt Crowe lives for books. Fueled by caffeine, she shares her living space with two teenagers, a zany dog, and a cat who thinks he's in charge. But she manages the chaos enough to write about those sleuths who solve crimes and the dastardly who commit them. There's never a dull moment with Kitt at the keyboard. 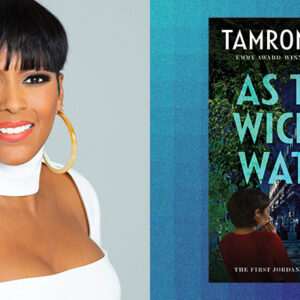 Tamron Hall is an Emmy-Award-winning talk show host who is also an advocate for domestic violence awareness. She brings all this...
© LitHub
Back to top