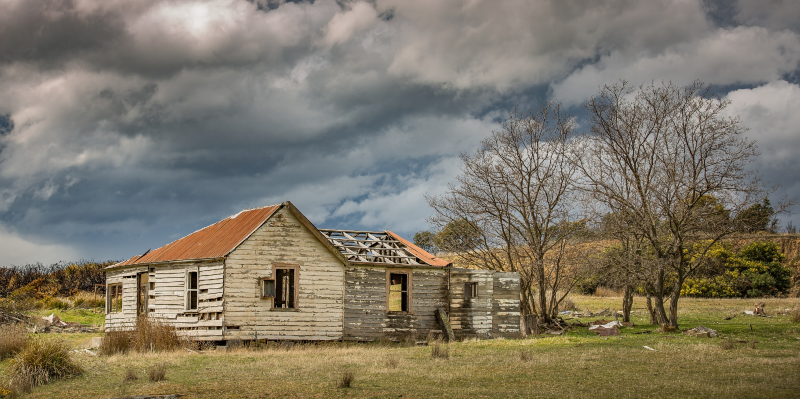 An island with a reputation for seclusion, secrecy, and escape makes its mark in the world of crime fiction.

Tasmania – 150 miles off the southern coast of Australia, directly across the Tasman Sea from Melbourne. It’s the country’s least populated state with approximately half a million people. But it does have a bit of a reputation – the penal colony of Van Diemen’s Land, mass slaughter of the island’s Aboriginal peoples by colonialists and, of course, the legendary Tasmanian devil (Sarcophilus harrisii) marsupial. And some great writing too…

I’m going to start with a personal favourite, The Potato Factory (1995) by Bryce Courtney. It’s a big novel that starts in the slums of East London in the nineteenth century and follows the criminal career of Ikey Solomon, the so-called “Prince of Fences”. Solomon was the character model for Charles Dickens’s Fagin in Oliver Twist (1837). From London Ikey and his family are banished from England to the penal colony of Van Diemen’s Land to restart their lives in the town of Hobart. Arguments over the book’s accuracy, and whether it elaborates or sensationalises the story of Ikey Solomon and the early days of Hobart, were rife when the book was published. But for its evocation of first, the slums of London and then, the ‘new world’ of Tasmania The Potato Factory is great reading. Dickens of course hangs Fagin, but, if you ever wondered how Fagin got his start and whatever happened to him then this is a good place to begin.

Originally from Tasmania, Poppy Gee’s Vanishing Falls (2020) is set in the remote town of the same name deep in the lush Tassie rainforest. Calendar House is a beautiful structure dating back to the 1800s, but its owner has gone missing. The gifted Joelle Smithton, a set of unsavoury local characters, the missing woman’s husband, and a butcher called Brian all get involved in the hunt while the police flounder to make any headway. Vanishing Falls is actually a return to the setting of Tasmania for Gee who’s first novel, Bay of Fires (2013), was set in a national park and an idyllic holiday community on the east coast of Tasmania. The body of a young girl is found washed up on the beach a year after another teenage girl went missing. Journalist Hall Flynn is sent to the coastal community to investigate, and all too quickly the close-knit community starts to turn in on itself with long-buried secrets embarrassingly surfacing.

Tasmania-based Kyle Perry’s The Bluffs (2020) is set in the island’s Great Western Tiers (a dramatic range of mountain bluffs that form the northern edge of the Central Highlands plateau of Tasmania) and the town of Limestone Creek. Three decades ago, five young girls disappeared in the area of dangerous bluffs, creating the legend of the ‘Hungry Man’. Detective Con Badenhorst has to deal with small-town politics, a YouTube star, corrupt cops and superstition to get to the bottom of the murders.

Y.A. Erskine’s The Brotherhood (2011) sees Sergeant John White, mentor, saviour and all-round good guy, murdered during a routine call-out, the tight-knit world of Tasmania Police is rocked to the core. The main suspect is identified as an Aboriginal man, but is it a setup? And is the squeaky-clean reputation of the nation’s smallest state police service about to be irreparably trashed. In Y.A. Erskine’s second book, The Betrayal (2012), Tasmania is in the grip of one of the longest winters on record and Hobart Police Station is torn apart when young constable Lucy Howard makes an allegation of sexual assault. Both The Brotherhood and The Betrayal have a very ‘insider’ feel, probably because YA (Yvette) Erskine was a former Tasmanian police officer for eleven years before turning novelist and so knows intimately the world she writes about.

It appears the global scourge of terrorism has come to remote Tasmania in Hobart-native Heather Rose’s Bruny (2019). A massive bridge is being built to connect the sleepy island of Bruny (a major tourist destination and relatively pristine environmental site) with the mainland of Tasmania, and now someone’s blown it up. UN trouble-shooter Astrid Coleman agrees to return home to her native Tassie to help find who these apparently home-grown bombers are and perhaps consider how far some politicians will go to further their own careers.

Earlier Heather Rose wrote a curiosity of novel that is worth digging out called The Butterfly Man (2005). It starts with the real-life murder in 1974 of a young English nanny named Sandra Rivett in London’s West End. Her employer, British peer Lord Lucan, was named as her killer. Lucan disappeared the night Sandra died and has not been seen since. The case is part of British folklore with Lord Lucan sightings common all over the world – Britain’s ITV Studios recently did a two-part retelling of the story and a few of the possible theories about whatever happened to the murderous Peer of the Realm. In The Butterfly Man so far, so true. But, Rose posits, could Lord Lucan possibly have fled to hide in distant Tasmania. Henry Kennedy lives alone on a remote Tassie mountaintop – what’s his story?

L.J.M. Owen’s The Great Divide (2019) takes us to the rural Tasmanian town of Dunton where the body of a former headmistress of a children’s home is discovered, revealing her tortured life and death. Detective Jake Hunter dives back into the records to look for a killer among the children’s homes former inmates and finds himself unearthing some uneasy truths about Dunton’s past.

And finally, a book by one of Australia’s most successful modern authors, Richard Flanagan, who won the 2014 Booker Prize for his historical novel The Narrow Road to the Deep North. Before the Booker Flanagan published his second novel The Sound of One Hand Clapping (1997). It is set in the winter of 1954, in a construction camp for a new hydroelectric plant in the remote Tasmanian highlands. Sonja Buloh is just three years old. Her Slovenian immigrant father is drinking too much, and her mother has disappeared into a blizzard never to return. Thirty-five years later, Sonja returns to Tasmania to visit her drunkard father and discover whatever happened to her mother. The book was popular and turned into a movie, with a script by Flanagan, and starring Kerry Fox.

Tasmania is a place with a reputation. Australians consider it pretty remote and often oddly separate from the mainland, more distant than the 150-mile Tasman Sea would suggest. It’s a retreat, a place a person can disappear, drop off the grid, escape, live an undisturbed life. Tasmanians understand that need in some. It’s a vibe of remote seclusion –  where people mind their own business – that runs like a thread through the crime writing of the island. 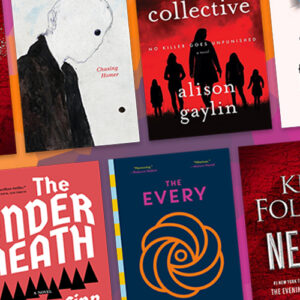 A look at the month’s best reviewed crime novels, mysteries, and thrillers. Alison Gaylin, The Collective (William...
© LitHub
Back to top