Teaching Children to Love Mystery, One Comic At a Time

How Scooby Doo Taught Me to Love Genre Fiction

A few years ago I met this guy, a friend of a friend; we introduced to each other, I told him I’m a writer, and he said, “That’s cool! I’m a private detective.” And I lost my shit.

I guess I felt piqued, fairly excited, and most of all angry. Angry at the mob of guidance counselors and college recruiters I met in high school who failed to mention I could be a private detective too, because that job had sounded appealing to me from very early on. At the age of four, the three careers I was seriously considering were king, wizard, and private detective. Short-ish-ly after, I learned that wizards aren’t real and kings ought not to be, and I assumed that private detective is another professional goal whose existence is restricted to comics and black-and-white movies. And now, this very real guy was proving me wrong. “Oh, it sounds glamorous, but it really isn’t,” he said, waving off my amazement. Yes, I know it’s not glamorous to you, but no job looks glamorous from the inside. Does anyone think writing is glamorous? I’m in my underwear and chugging Mountain Dew while I type this.

But the question is, who told me that P.I.s are glamourous in the first place? Who sold me on that idea so early on that I’d given up the dream before I got to pick a career?

The other day (i.e., two years ago in freelancer-time) I was writing a post for a side blog about a comic strip I used to read in the 80s, Jarry Jarrón. The eponymous hero was a Dick Tracy type in a city of anthropomorphic hounds; he came in two sets of clothes (white tank top + fedora/trench coat + fedora), and his stories started with him sitting in his bleak office drinking and cracking witty remarks while he waited for the next femme fatale to walk through his door or the next witless thug to kick it down.

I am bewildered by the fact that I understood the kind of hero spoofed in these comics long before I had come across any serious representations of it. In fact, the author—Marco, one of many artists who vanished along with periodical comic books in Spain—created this parody of noir films for an audience of elementary school kids who had yet to unlock the necessary attention span to watch a noir film, confident that we would get the reference. And we did. I doubt we knew Dick Tracy or Philip Marlowe by name, but we knew the kind of tough sleuth that Jarry Jarrón pretended to be.

Children seem to be familiar with the staples of a genre long before they are exposed to its pure form.

I find this phenomenon fascinating: children seem to be familiar with the staples of a genre long before they are exposed to its pure form. As a child, I knew private detectives were cool, but I can’t tell who told me. I can guarantee it wasn’t Raymond Chandler, unless Chandler wrote Choose Your Own Adventure books. If it was Humphrey Bogart, those three seconds of The Maltese Falcon I caught while zapping through channels must have been really powerful. I’m inclined to say Bob Hoskins in Who Framed Roger Rabbit? did more for my idolization of hairy-shouldered sleuths. Similarly, I do recall reading A Study in Scarlet at an early age, but arguably Disney’s The Great Mouse Detective was what first attracted me to 221B Baker Street. Perhaps Jarry Jarrón was the very first to teach me the key features of noir while mocking them? And later, Steve Purcell’s Sam & Max confirmed my love for them?

This first exposition to a genre through child-friendly media—comics,  cartoons, games—can set very high expectations later in life. In 2012, around the time I undertook my first book in English, The Supernatural Enhancements, I had read a lot of haunted house novels. Something that bothered me about them is that they all seemed self-conscious: in all of them, at some point, somebody would admit that the very setting of the story, the solitary house burdened with a dark history and surrounded with hazy legends, sounded trite. Which is an author’s way to say, “I see you checking your watch, but stay with me, here comes the twist.” But I didn’t need a twist. I was enjoying the triteness. I browsed for the humblest, pulpiest, most unambitious novel I could find, one that would settle with the platitudes; I tried going as far back as I could to find a haunted house novel that didn’t feel the need to acknowledge how worn the path is. I failed. (Yes, I tried Horace Walpole’s Castle of Otranto, considered the first Gothic novel. It convinced me of a life principle that I’ve been upholding since: the first iteration of a genre is never the best one. Only lazy people claim Dr. No is the best 007. Of course foundations are a crucial part of the building, but who wouldn’t rather live in the penthouse? Or somewhere with windows?)

In Spain (a country to which I have a fleeting connection), we enshrine and exalt the perennial relevance of Cervantes, the turn of the (sixteenth) century author whose Don Quixote contains a scene in which characters literally burn a library full of pernicious chivalric romances whilst saving a few that avoid or mend the flaws of all the others. While searching for a haunted house in literature that fit the platonic idea in my head, I grew convinced that some old academic-slash-arsonist must have burnt those tired horror novels that all extant works want to distance themselves from. And after reading Jackson, Matheson, Anson, Wharton, James, Lovecraft, Bierce, Poe, and several others whose full names and social security numbers don’t yield a single hit on Google, the one work of horror fiction that best fulfilled all my expectations was still Scooby-Doo, Where Are You?

It is an often-repeated writing tip that you must write the book you wish to read. That is harder than it sounds if you, like me, write mostly for the aesthetic gratification: to move, to amuse, without compromise, without the duty of enlightening. Because writers are not encouraged to be that shamelessly self-pleasing.

The thing about children’s entertainment is that it gives you the pure substance, uncut with self-consciousness. It’s so strong, that not even humor dilutes it: through Jarry Jarrón’s mockery, noir was defined in our minds. That candor is too often lost in adult fiction. In adult life. Scooby Doo gave us the dark and stormy night, the haunted house, the green-skinned monster. Shirley Jackson stops short of the monster. It’s like as if we creators refused to cater to our younger selves. Especially writers, because let’s face it, books are total snobs to other forms or narrative art, so reluctant to engage in the playfulness of comics, cartoons, games. We’re like the father character in Mary Poppins who pouts at his kids’ silly fantasies; we don’t settle with creating the same genre fiction that made us fall in love with the genre; we aim to do something more original, more mature. The haunted house story becomes psychological horror, insinuating rather than showing, focusing on the dynamics of mundane characters (the bored urbanites who agree to spend a night in an old pirate’s mansion for a million dollars), not on the ones a child would immediately call interesting (the pirate!). The glamorous private detective becomes grittily realistic, his wit sours into cynicism, his drinking gives him cirrhosis. We go dark, lest we be called idealists, because South Park knows that’s the worst we could be.

You would think that after my failure to find a “pure” haunted house novel, I would have gone on to write exactly that in The Supernatural Enhancements. You would be wrong. I had to muddy the concept with all my other overused motifs; I had to be me. We always praise authors who try a genre and take it to their own turf, who use well-established tropes to build upon and create something unique, unequivocally theirs. I understand why we do it: nobody wants to write for the burning pile. But speaking as an author who is frequently praised for infecting genres with my own personality, let me tell you: It has no merit. It’s inevitable. The challenge is to write only tropes, without your trademarks.

English-language media, I think, is much more tolerant toward unambitious art than the land of Cervantes worshipers.

English-language media, I think, is much more tolerant toward unambitious art than the land of Cervantes worshipers. It’s one of my reasons to switch languages. The wall between literary fiction and genre fiction is thinner here; for decades, pulp authors churned out cheap books for the sake of entertainment, squeezing tropes with puerile enthusiasm. (Ironically, pulp paperbacks, though labeled as adult, are adorably childish.) Some tropemongers even achieve widespread recognition: It is hard to read Chandler and not believe that either he put the private detective archetype in our brains, or he exploited it with no intention other than to tickle it. Was he forging a cliché when he created Marlowe, or just abusing one? Did he redefine the genre? Was he trying to? Was he taking himself seriously? Or was he just writing the books he enjoyed reading?

All I know is I discovered Chandler too late. At some point between reading Jarry Jarrón and reading Marlowe, I grew too cynical to believe that working as a private detective would live up to my expectations. But then again, I am sitting in my bleak office right now, in a tank top, drinking, and cracking witty remarks on the page. I’m close enough to the archetype. Maybe there’s no point in trying to track down clichés, because clichés are not static; they evolve and grow into new works every time.

Unless you’re a basement-dwelling snob who decides to burn them.

Edgar Cantero is a writer and cartoonist from Barcelona working in Catalan, Spanish, and English. He is the New York Times bestselling author of Meddling Kids and The Supernatural Enhancements. He lives in Brooklyn.
http://punkahoy.blogspot.com/ 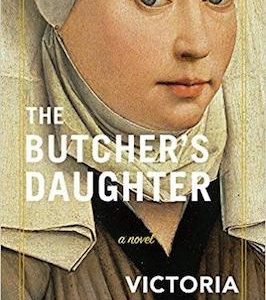