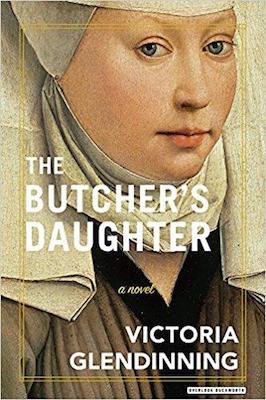 The following is an exclusive excerpt from The Butcher’s Daughter, by Victoria Glendinning. In this well-researched historical novel, a woman goes from dishonored farmgirl to powerful nun in a prosperous abbey, and gets involved in palace intrigue against the backdrop of the reformation.

‘Forgive me Father, for I have sinned.’

‘I have been impure.’

‘You have been impure.’

My eyes were closed. I did not want to look at Father Pomfret. I heard him shifting his rump in the chair. I pulled my veil across my face even though the light was dim in this corner of the Abbey Church. I knelt facing him and wished there were something, a desk or a prie-dieu, between us.

‘And what are your thoughts, my child?’ His hot hoarse voice.

‘I think about a young man I used to know at home.’

‘And what exactly do you think?’

How could I tell this priest, who was too interested, that I permitted myself no carnal thoughts about Peter Mompesson, but that I saw him in my mind’s eye and imagined in the night when I could not sleep that we were running to meet one another with gladness and open arms. Just that, over and over and over, and the gladness made me weep. I thought about the child too. Sadness like a stone.

‘You are aware that to obtain absolution, you must make a full confession.’

‘Maybe I am mistaken, Father, and there is nothing to confess. It is but a scruple.’

To change the subject, I confessed that I had taken bread from the kitchen to give to the little boys, and that I entertained uncharitable thoughts about the Novice Mistress and one of my sisters, whom I did not name, but it was Eleanor Wilmer. Father Pomfret gave me absolution and a penance of multiple Hail Marys, disproportionate to the sins I confessed. I knelt in the chancel and said the Hail Marys, feeling angry with myself and with him. And afraid of God.

I will set down what happened to us after that calamitous Passion Sunday in Shaftesbury. The same horrors happened in all the abbeys and convents and priories and monasteries, all over England, and everything is recorded in formal words and in high places. But no one has understood what it felt like to be us, the ones cast adrift, or how we felt ashamed, even though we had no reason to be ashamed. My own shame, and the reason why I was a novice in Shaftesbury Abbey, came about earlier, when I was fifteen.

My own shame, and the reason why I was a novice in Shaftesbury Abbey, came about earlier, when I was fifteen.

I wanted to be with him. I cannot pretend I did not. I had noticed him before. He had been in the town all that particular market day, up and down the High Street, poking at pigs and cattle with his stick, hanging about at the new market cross just down the road from our shop in the shambles. He was lounging around on the stone blocks and bits of carving which were waiting for the masons to top it out. The market cross was a gift to the town from Abbot Eley, for market-people to shelter from the weather. It was nearly finished. The base with steps was there, and the six arches, but no canopy. The steps, and the loose cut-stones lying around, were handy for sitting on.

Dark curly hair sprouting under his cap. Skinny legs. A cocky way of looking around him. I was serving customers with cuts of meat all day and was bloodied all over.

It was dusk before he came and stood in front of our shop.

My father had put up the shutters and gone inside. I had cleaned myself. It was June, the light fading slowly. I listened to Bruton emptying out, men and boys hollering as they drove beasts out of the town, carts rumbling away up the hills.

‘Agnes Peppin, will you walk with me?’ he said.

We went down by the river. On the other side, St Mary’s Church loomed huge and dark. The lantern on the gatehouse of the Abbey was already lit. The bell for Compline had rung two hours ago.

The grass along the river bank was trampled and fouled by beasts coming down to drink during the day. When we came to a clean patch under the plum trees he put his arms round me and pushed me down on the ground. I have said I wanted to be with him, but truly I did not want what happened. He was quite rough.

Afterwards he was soft with me, and we whispered together in the dusk. He asked me to be his sweetheart and go only with him and I said yes. It felt natural to say yes. It was what I wanted, then.

Then he had to leave me. There was no moon and he might miss the path back to Brewham once the night came down. He ran off back towards the bridge. I rolled over and buried my face in the long grass. It was cool and smelled good. I didn’t want to move. Which was just as well, because I heard voices, and people approaching. It was Abbot Eley and one of the canons, I could not tell who, taking an evening walk. They were deep in conversation and did not see me huddled under the trees.

‘My dear, this has been going on since I was a young man, since the great Cardinal’s time. There is nothing new. There was agitation about what they called a reformation of the Church back in King Stephen’s day. Nowadays it is a faction, got up by heretics from Europe. And by our King’s lust and avarice, though I would never say that in public, and neither for Christ’s sake and ours must you.’

‘So there is nothing to worry about?’

‘There is always something to worry about. They tell me now that Stavordale Priory is to be placed under authority.’

‘Stavordale—half a dozen sickly canons who do nothing.’

‘Correct. But Stavordale is only a short hour’s ride away. We are under scrutiny. It may become as dangerous to be prosperous as to be failing. His anointed Majesty has designs on what we have. However, I am perfectly confident that we will come through.’

When I could no longer hear their voices I sat up. I knew more or less what they were talking about, though I did not know who the great Cardinal was. It had been announced in St Mary’s that King Henry, and not the Pope in Rome, was head of the Church in England. What difference did that make to ordinary people like my family? None.

If the Abbey had something to worry about, so now did I. The weight of worry is the same whatever the issue. I was sore and sticky between my legs, and wiped myself on dock-leaves.

Teaching Children to Love Mystery, One Comic At a Time 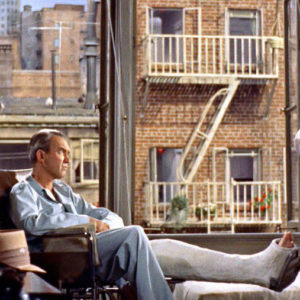 Visually Striking Mysteries As a child, I vividly remember being chased by Joan Aiken’s ravenous wolves across an icy, unwelcoming landscape and seeking...
© LitHub
Back to top