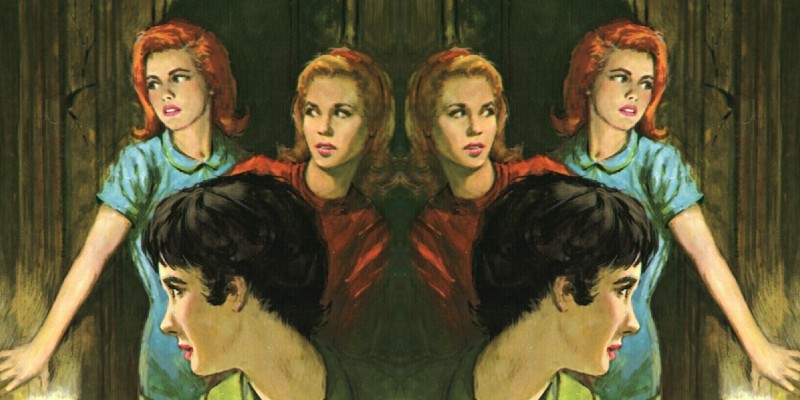 The Enduring Appeal of the Teen Detective

From books to TV, why we keep going back for more young gumshoes

When teen queen Alice Ogilvie, one of the main characters of The Agathas, is dumped by her basketball star boyfriend, she does what any Agatha Christie superfan would do: disappears for five days.

“The thing you can do to take the knife deeper to the person who betrayed you is to make them see how much everybody else wants you. Everyone was looking for her. What teenage girl or adult person would not hear that story and think, ‘you go girl,’” Kathleen Glasgow, co-author of The Agathas, a 2021 YA mystery, with Liz Lawson, told me.

As an adult reader of the book, who shares Alice’s obsession with Christie’s 1926 disappearance (Arthur Conan Doyle consulted a psychic to try and find her!), I did appreciate Alice’s vanishing act and not just for its callback to the Queen of Mystery. It also showcases the heightened emotions that drive teen detective stories. Those over-the-top emotions with an intellectual puzzle keep readers — of all ages — coming back for more.

“There’s something about the combination of the intensity of those high school years that people who are older can connect with and then the super reliable conflict engine of a mystery to be solved that has multiple axes of appeal. Those factors coalesce in the teen sleuth story,” said Lani Rich, author of How Story Works and a contributor to Neptune Noir: Unauthorized Investigations Into Veronica Mars.

Today, the teen detective trope is popular across media types — books, yes, but TV, movies and podcasts, as well.

There’s even a subgenre exploring what happens when these adolescent sleuths grow up. In FXX’s “Dicktown,” John Hodgman voices 40-year-old reliving his glory days as a famous boy detective by solving crimes for teenagers. Adam Brody starred in the 2020 film “The Teen Detective” as, well, a grown-up teen detective.

Teen detective stories date back to at least 1854, when New York Nelle, the Boy-Girl Detective, a dime novel about a girl who dressed up as a newspaper boy to solve mysteries, was published.

The trope, though, really took off when Edward Stratemeyer, a publishing executive, invented the Hardy Boys, two brothers who solved mysteries that stumped adults in 1927. Stratemeyer the father of book packaging, hired ghostwriters to execute the plots he developed for the Hardy brothers.

Three years later, in 1930, the Stratemeyer Syndicate published The Secret of the Old Clock, the first Nancy Drew book, building off the success of the Hardy Boys with a girl detective. Young readers immediately clicked with Nancy — her wit and ability — and devoured the books about her. Nancy Drew soon eclipsed the Hardy Boys for young readers.

Reflecting on the famed investigator’s enduring appeal, Melanie Rehak, author of Girl Sleuth: Nancy Drew and the Women Who Created Her, told me, “There’s nothing better when you’re a kid or a teenage than story in which the teenagers have all power, all the intelligence and outsmart the adults.”

For generations, readers have turned to mystery novels to combat this feeling, knowing that no matter how chaotic their own lives are, by the end of the book, Hercules Poirot or Sherlock Holmes will solve the case, and justice will be served. Mysteries offer a chance to achieve that most elusive of feelings — closure.

“You can’t figure anything out when you’re a teenager. But if you were faced with solving your friend’s murder, maybe you could figure that out,” said Glasgow. “And if you could fix that one thing, it would make everything else worthwhile.”

Adult fans of teen detective stories often crave that same sense of resolution. After all, the feeling of powerlessness — though heightened in the teenage years — hardly disappears when we graduate high school and turn eighteen. When we become adults, we learn just how little we can control. We may be able to have ice cream for dinner, but we can’t end a global pandemic or control the whims of our employers.

YA books transport adult readers instantly back to their adolescence. It’s a sensation compounded by the “reminiscence bump,” a psychological phenomenon that makes memories from that time period stronger than other times in our lives. All those emotions that mark the teenage years — helplessness, a desire for control and even, yes, the angst — come rushing back.

But the arc of the mystery lets us make order out of bedlam and for adult fans. After all, no matter how significant the issue a grown person faces, if a teen can solve a murder, there is hope for a clean resolution.

As a bonus, teen detective stories might give us a chance to put a retroactive narrative lens on our teenage years, helping us make some sense out of a jumble of memories.

“Adding some structure to the chaos of the teenage year is soothing especially because of the emotional resonance of that period and how influential it becomes in adulthood,” crime writer Alex Segura, who created the Lethal Lit podcast, said. “You’re allowing for the chaos of that time to fit into the bucket of a mystery.”

Because while we can’t all be Nancy Drew, we can dig through the clues of our own adolescence to understand how those times — mortifying and hormone-filled they may be — made us the people we are.

Elizabeth Held is a writer living in Washington, D.C. She writes a weekly book recommendation newsletter, What To Read If, and is the co-editor of Notes from Three Pines, a serial essay collection about Louise Penny’s Inspector Gamache series.

An Author's Guide to Stealing from the Books You Love 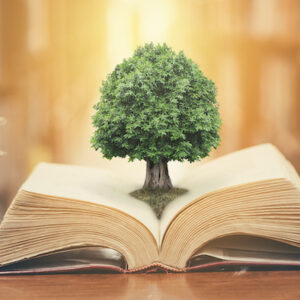 When I taught courses in philosophy and literature, I included both stories written by formal philosophers (that is, those...
© LitHub
Back to top