These novels capture New York City in all its filth and glory.

So you finished And Just Like That, binged all six seasons of Sex And The City, yet again, and you’re still (Samantha) Jonzing for more Manhattan? Here are ten books guaranteed to fill your quota of New York minutes until season two arrives. 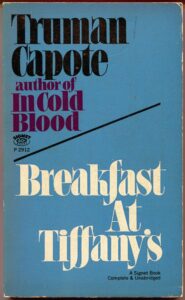 Breakfast at Tiffany’s by Truman Capote

Before single girls flocked to NYC in droves in search of the perfect cosmopolitan, they sauntered past the windows of Tiffany & Co. with the perfect cup of Joe in homage to Truman Capote’s most famous creation, Holly Golightly. Both Sex And The City and Breakfast At Tiffany’s are testaments to New York and to fashion in a lasting and iconic way. Did you think Holly Golightly should end up with Paul? What about Carrie and Big? Both books’ endings were changed when adapted for the big and small screens.

Favorite NYC Quote: “If I could find a real-life place that made me feel like Tiffany’s, then I’d buy some furniture and give the cat a name.” 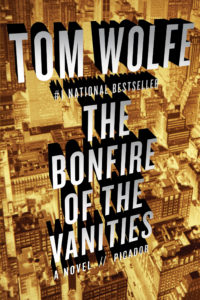 Bonfire of the Vanities by Tom Wolfe

In the decade before Miranda, Samantha, Charlotte, and Carrie dated half of Manhattan, Tom Wolfe chronicled the downfall of Park Avenue bond trader, Sherman McCoy, in this outrageous social satire. When it landed in 1987 at six hundred-ninety pages, it was possibly the longest book I had ever read. While the movie version that followed was panned, the book was a cultural phenomenon and popularized the sayings “Master of the Universe,” “Social X-ray,” and even “fuhgeddaboutit”.

Favorite NYC quote: “There it was, the Rome, the Paris, the London of the twentieth century, the city of ambition, the dense magnetic rock, the irresistible destination of all those who insist on being where things were happening.” 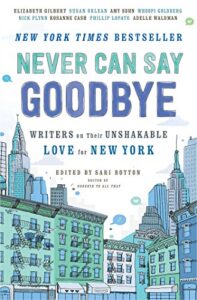 Never Can Say Goodbye—Writers on their Unshakable Love for New York, edited by Sari Botton.

Like the fictional Carrie Bradshaw’s newspaper column, this delightful collection of essays about New York City by such luminaries as Elizabeth Gilbert, Rosanne Cash, and Whoopi Goldberg gets right to the core of all there is to love about the Big Apple.

Favorite NYC Quote: “Always that feeling when you walk out the door and onto the street in New York that today, no matter what happened yesterday, you can begin again.” 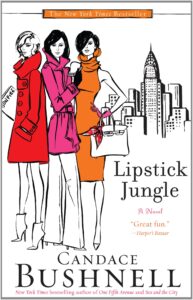 Candace Bushnell, the originator of Sex And The City, did it again when she created the three fabulous protagonists of Lipstick Jungle, who navigate Gotham in style. If you are looking for a light-hearted romp through the Empire City alongside three spirited career women, this, or any of Candace’s novels, should do the trick.

Favorite NYC quote: “The city was different back then—poor and crumbling—kept alive only by the gritty determination and steely cynicism of its occupants. But underneath the dirt was the apple-cheeked optimism of possibility, and while she worked, the whole city seemed to throb along with her.” 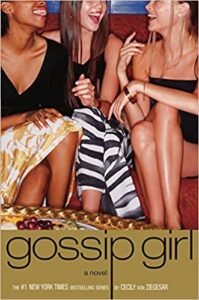 While everyone was devouring the Gossip Girl novels, enjoying a glimpse of another world, my three daughters and I were living just a few blocks from The Nightingale-Bamford School, the real-life inspiration for the Constance Billard School for Girls in the books. Our neighborhood became the set of the television show, making Blair Waldorf (Leighton Meester) and Serena van der Woodsen (Blake Lively) sightings so common that they became ordinary.

Favorite NYC quote: “Manhattan will do that to a girl. You’ll be happy to know it never wears off.” 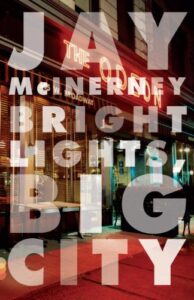 It would be impossible to compose a list of New York books without mentioning Jay McInerney’s 1984 debut. The novel, written in the rare second person, tells the story of a 24-year-old Kansas transplant and his journey of disillusionment within the materialistic culture of 80s New York.

Favorite NYC quote: “Tad’s mission in life is to have more fun than anyone else in New York City, and this involves a lot of moving around, since there is always the likelihood that where you aren’t is more fun than where you are.” 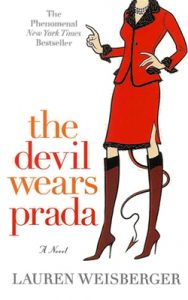 Major SATC vibes in this fashionable tale of the rise and fall of an eager assistant to an impossibly demanding editor-in-chief of a fashion magazine—“loosely” based on the legendarily demanding boss, Anna Wintour of Vogue. If you have gotten this far down the list, my gut tells me you have at least seen the movie, but if you haven’t also read the book, you are missing out. Fun fact: Like Weisberger’s protagonist Andrea Sachs, Carrie Bradshaw also spent time in the famous Vogue shoe closet in the HBO series based on the Candace Bushnell novel.

Favorite NYC Quote: “By all means, move at a glacial pace. You know how that thrills me.” 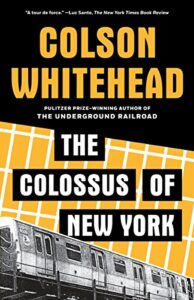 The Colossus of New York by Colson Whitehead

It’s hard to pick just one of Colson Whitehead’s keen observations about New York. He writes about its transformation after a rainstorm and the magical way it has of seemingly speaking to you, but I especially connected with Whitehead’s reflections on the city’s ability to change without warning. It’s a phenomenon I have never quite gotten comfortable with, especially post-Covid, when places I thought of as institutions disappeared overnight. I first chose “Live every minute as if you are late for the last train,” as my favorite line, but realized there was another that really stuck with me long after I finished the book.

Favorite NYC quote: “New York City does not hold our former selves against us. Perhaps we can extend the same courtesy.” 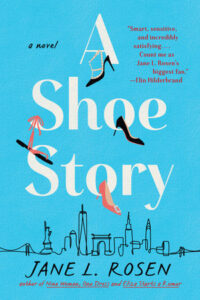 When writing my latest novel, I dove right into the place I call home, NYC. Between the Greenwich Village setting and a pantry-sized closet full of designer shoes, A Shoe Story, out June 28th, is a perfect match for the Sex And The City fan. It is the tale of Esme Nash, a young woman whose dreams were put on hold by a family tragedy, and who now has one month to spend in the city and discover whether the shoe (so to speak) still fits. Seeing New York through the eyes of a newcomer is always refreshing, and with that said, I think Esme is arriving at just the right time.

Favorite NYC Quote: “New York is stubborn. It’s filled with ghosts who won’t let you forget who and what came before you.” 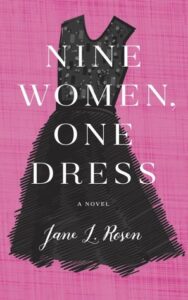 Nine Women, One Dress, also by me, Jane L. Rosen

Can’t wait ’til June for A Shoe Story? Check out my first New York-centric novel that follows a single little black dress from Bloomingdales, along with the lives of the nine very different women who wear it. Fun fact, further proving Colson Whitehead’s observations mentioned above—many of the iconic NYC institutions featured in my first novel have since closed: The Carnegie Deli, The Four Seasons restaurant, Barneys New York, and Tavern on the Green have left us with only memories.

Favorite NYC quote: “I don’t mean to sound like a T-shirt, but really, I Love New York!”

I have to agree. Now more than ever— I love New York!

Jane L. Rosen is an author and screenwriter whose critically acclaimed first novel, Nine Women, One Dress, has been translated into ten languages. She lives in New York City and on Fire Island with her husband and three daughters. Her new novel, A Shoe Story, is now available. 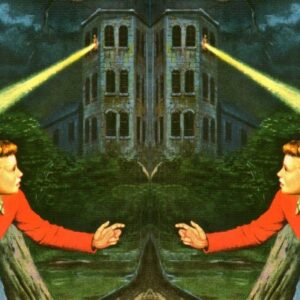