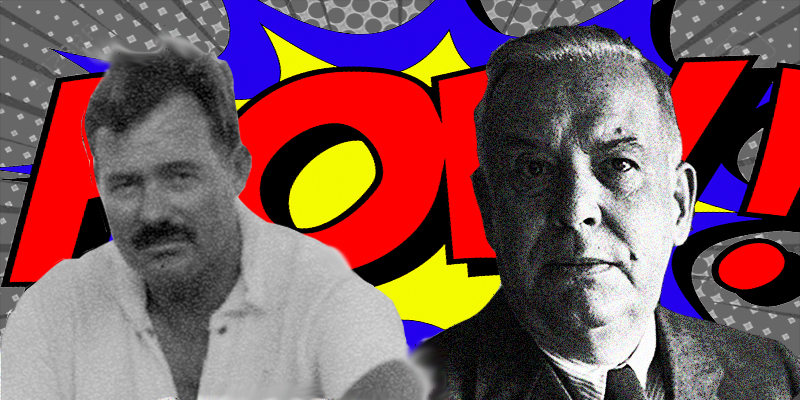 That Time Wallace Stevens Punched Ernest Hemingway in the Face

Things did not end well for him.

No one will be surprised by this but yes, two of the most combative and competitive literary men of the 20th century once hit one another.

Our story opens in February of 1936 in Key West—really the perfect place for these two writers (both Florida Men in their own ways) to come to blows.

By this time, Ernest Hemingway was a successful and well-known writer, having published three novels (including A Farewell to Arms and The Sun Also Rises), and many essays, articles, and short stories.

Despite his status as one of the nation’s foremost poets, Wallace Stevens maintained a day job as a high-ranking official at an insurance company in Hartford, Connecticut, and by this time, he had proudly become Vice President of his company. (Believe it or not, he wanted things this way—after he won the Pulitzer Prize in 1955, he was offered a faculty position at Harvard College, and turned it down so he could remain the company Vice President). In 1936, he went to Florida to visit an associate.

But while attending a cocktail party one night down in Key West, Stevens loudly badmouthed Hemingway, with whom he already shared some sort of bitterness. Hemingway was at home, but his sister was in attendance and not only heard Sevens’ defamation, but had it told directly to her.

As Hemingway wrote of the incident to the socialite Sara Murphy,

“Remember… Mr. Stevens? Nice Mr. Stevens. This year he came again sort of pleasant like the cholera and first I knew of it my nice sister Ura was coming into the house crying because she had been at a cocktail party at which Mr. Stevens had made her cry by telling her forcefully what a sap I was, no man, etc.”

This was evidently the third time Hemingway had found himself impugned by Stevens, so he (in characteristic Hemingway fashion) stormed over to that very party to have it out with the bard.

Hemingway insisted, in his letter, that things would have gone down differently had Stevens not been practically foaming at the mouth. “So headed out into the rainy past twilight,” Hemingway wrote, “and met Mr. Stevens who was just issuing from the door haveing [sic] just said, I learned later, ‘By God I wish I had that Hemingway here now I’d knock him out with a single punch.’”

Is this a bit heavyhanded a twist for a Hemingway story? Sure. But it’s also ample justification for the fact that Hemingway seems to have positively lunged at Stevens when he saw him.

In her retelling of the story in The Rumpus, Michelle Dean reminds us that Wallace Stevens was fifty-six and had the body you’d expect of an insurance salesman, while Hemingway was thirty-six, and was “lean and sun-weathered from recent adventures in bull-fighting-and-African-safaris-and-Carribbean-sailing.” Good point. But Hemingway noted, “Was very pleased last night to see how large Mr. Stevens was, and am sure that if I had had a good look at him before it all started would not have felt up to hitting him.”

Still, it seems that, outside in the street, which was fresh with puddles, Stevens took quite a beating from the younger writer. “Mr. Stevens swung that same fabled punch but fertunatly [sic] missed and I knocked all of him down several times and gave him a good beating,” Hemingway bragged. By now a crowd had formed, and one of the spectators, Arthur Powell, a judge who was a friend of Stevens, told Hemingway to take off his glasses so that the two writers could have a truly fair fight. Hemingway did.

And then Stevens wound up his arm and punched Hemingway squarely in the face.

Which stopped the fight. Because Stevens broke his hand when it collided with Hemingway’s jaw. In two places.

Hemingway was thrilled. Stevens’ “Sunday punch bam” didn’t do a thing to his face.

Somehow or other, standing bleeding in the Florida drizzle, the writers agreed to a truce. Hemingway helped the battered Stevens to bed, where he was attended by a nurse and a doctor for five days.

Stevens apologized to Hemingway’s sister (who was petrified that Stevens was going to die) and the two men vowed not to talk about the story. Stevens was to afraid that the Insurance Company would hear about the confrontation and punish him. Hemingway understood and promised, but then he told his wife and immediately wrote about the whole “funny” incident to his friend Ms. Murphy, whom he swore to secrecy while doing so. And Stevens later bragged to everybody and wrote in an autobiography that he once socked Hemingway in the kisser, so I guess machismo got the better of both of them. (Big surprise.) But for the time being, they cooked up a story to account for Stevens’ injury and told everyone (including Stevens’ wife, home in Connecticut, via postcard with duly bad penmanship) that Stevens fell down a flight of stairs.

When he was discharged from his bed, Stevens spent a week somewhere else in Florida so his face could heal, before going back to New England. Hemingway, for his part, was joyous, though he did joke that he hoped the vengeful Stevens “doesn’t brood about this and take up archery or machine gunnery.”

Concluding his letter, Hemingway mused, “It was awfully funny to have a man just declaring how he was going to annihilate you and show up just at that moment. Then have him land his awful punch on your jaw and nothing happen except his hand break.”

And then Hemingway bent his rules about keeping the incident a secret, adding to Ms. Murphy that she could tell her son. “You can tell Patrick. It might amuse him. But don’t tell anybody else. Tell Patrick for statistics [sic] sake Mr. Stevens is 6 feet 2 weighs 225 lbs. and that when he hits the ground it is highly spectaculous.”

Which of course means that the real winner in all of this was male pride. 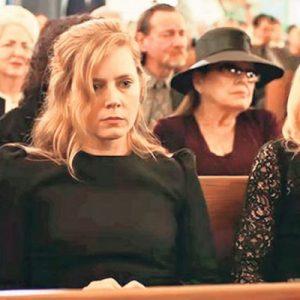 As a girl born in the Bible Belt in the 1980s, I grew up understanding femininity to be a holy trinity all its own: purity,...
© LitHub
Back to top