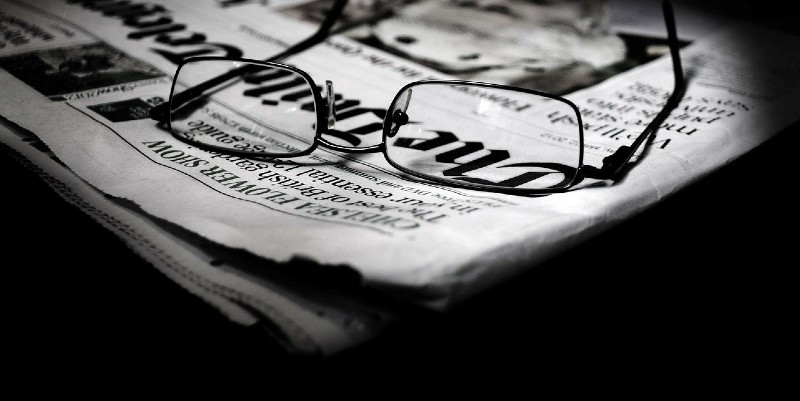 The Art of Interviewing Subjects—And Actually Getting To the Truth

Tom Rosenstiel on journalism, fiction, and different kinds of truth.

When I shifted from writing nonfiction books to novels, something unexpected happened. People began to be more inclined to tell me the truth, now I was willing to make things up.

I’ve spent a lot of time thinking about how to get to the rich mulch of what’s really true in stories. I was press critic at the Los Angeles Times for a decade, have run think tanks on the media and written books about the responsibilities of nonfiction. In one, The Elements of Journalism, co-author Bill Kovach and I argue journalism and nonfiction generally must strive for more than mere facts and accuracy. Societies depend on what we call “functional truth,” which comes from “a sorting out process that takes place between the initial story and the interaction among the public, newsmakers and journalists” over time.

It isn’t easy to accomplish, getting beneath facts to functional truth. You have to have methods and processes that take you beyond your biases and hypothesis and open your mind to where the facts lead. If a writer of nonfiction finds at the end only what they were looking for when they started, they probably didn’t notice enough or learn much along the way. Telling the truth requires what I call “a cold eye.” “Journalism,” Bill and I write, “is an act of conscience.”

One of the best warnings about this came from one of my sources. Working on a book about the 1992 election, ABC correspondent Jim Wooten (himself an author), told me, “You’re going to meet a lot of people working on this book who you like and whose feelings you don’t want hurt. Remember: tell the truth.”

How one gets the truth out of people is something about which good nonfiction writers spend a lot of time thinking and around which they develop often highly personal methods. In his memoir on writing, John McPhee entitled his chapter on reporting, “Elicitation,” and it contains some gems. Talk to people while they are doing their jobs, not some other location—let alone by email. “I’d much rather watch people do what they do than talk to them across a desk.”

And don’t, McPhee admonishes, try to be stealthy or disappear into the woodwork. “Display your notebook as if it were a fishing license.” You can’t expect people to be honest with you if you are not honest with them.

Some writers use bumbling to unseal the truth. Homer Bigart of the New Times, one of the great newspaper reporters of the 20th century (and mentor to Vietnam reporters like David Halberstam), had a stammer. And his stammering would become noticeably more pronounced when he knew someone was dissembling. He would claim not to understand, struggling painfully to get the words out, and ask them to explain again. In order to make things simpler for the idiot before them, they would then expose the gaps of logic and evidence in their earlier official jargon-filled answers. One of Bigart’s proteges has called his method his “portable ignorance.”

Other writers use silence—the way quiet George Smiley cleans his glasses with his tie or Inspector Maigret lights his pipe. “Silence is the weapon, silence and people’s need to fill it,” biographer Robert Caro writes in his memoir, “Working.” When waiting for a person he is interviewing to break silence and finally relinquish crucial information, Caro says he reminds himself not to speak by writing “‘SU’ (for “Shut Up!) in my notebook. If anyone were ever to look through my notebooks he would find a lot of ‘SUs’ there.”

Some research ahead of time. (Mike Wallace prepared 100 questions.) Others avoid preparation entirely so they can start where their audience does. (In the 1970s, a great radio reporter in New York used to start every interview with “why are we here?” and had spectacular results.)

Magazine writer Amanda Ripley advocates capturing the jagged complications in people’s ideas, not trying to simplify for clarity as writers are often taught. And she has some lovely ideas for how to get to learn that complexity. When someone has told her what they think, she will respond with something like, “let me see if I understand you” and then paraphrase it back to them. If she’s headed in the right direction, they usually open up with more. If she’s got it wrong, she can usually tell by their reaction, and she will add something like, “I think I’m missing something.” And they open up more.

But it’s only since I began doing research for fiction that I found my interviews going to another level and my interviewees reaching for a new kind of candor.

In the middle of an interview for a novel set against presidential campaigns and the dark art of opposition research, a veteran political consultant told me a story of being called to the home of a member of congress who confessed to just sleeping with the underage daughter of a close friend after drinking too much in his house. He called the consultant asking what to do. The girl was upstairs, asleep and drunk.

For a novel set against Supreme Court nominations, a man who had handled the hearings for several sitting justices told me the only way a nominee could lose was by answering questions honestly.

For a novel about investigative reporting, a double Pulitzer Prize winner told me about the months it took to cultivate people in the intelligence world and how he became intertwined in their lives and personally committed to them, yet still rarely understood their motives.

Why does the research for fiction seem to elicit a different kind of candor and maybe a different level of truth telling?

One reason is obvious. I’m not about to quote these people on the record about actual cases. I was not, for instance, going to write, as one political consultant told me, that his client was an immoral monster (this was a different consultant and a different politician than the one who slept with his friend’s daughter).

But I think there is something else at play besides people feeling safe because they aren’t going to be quoted by name. I ask different kinds of questions. And the people I’m talking to for my fiction research become engaged trying to understand things to which they don’t have ready answers.

We end up in these conversations talking about the interior of people’s lives and the motivations behind the risks they take. Why do these CIA whistleblowers come to you? How did this politician, who you had known for years, feel about what he had done? What time of year was it? How did they look? How did you feel? What did he say to the next time he saw you?  What kind of person is he now? What did you think of all this?

I am trying to find out less what happened than why. I am still looking for details. But I am not hunting for facts. It is a different kind of observing…

These conversations are less transactional than the ones I have doing nonfiction. I’m asking questions that the people I am talking to have thought about but rarely discussed. I am trying to find out less what happened than why. I am still looking for details. But I am not hunting for facts. It is a different kind of observing, a different kind of understanding.

I am, I’ve discovered, not so much making things up after all. Rather, I think, I’m discovering stories that are inside ones that have actually happened.

Nonfiction stands on its firmest ground when it describes the physical externalities of events. The table was a rectangle. The president spoke these words. This many people died in the disaster. It moves, inevitably, onto softer territory when it gets to the interior of things, such as motivation: why did the president say those words? Or explanation: why was the disaster not averted? Nonfiction can get there. The impeachment of a president is such a story. But it takes adding layers of conflicting accounts and perceptions. The process takes skill and either time or many careful hands.

But fiction goes straight to the interior, and crime fiction in particular to places inside us. It is about morality, and making the unthinkable conceivable and even understandable. And when you ask people who have seen such moments up close–using all the best techniques of great nonfiction reporting in the service of different kinds of questions–people can become curious along with you and candid in a different way. They are no longer sources. They are even more than the raw material for characters. They can become a kind of coauthor, finding the stories that are hidden inside ones that actually happened. 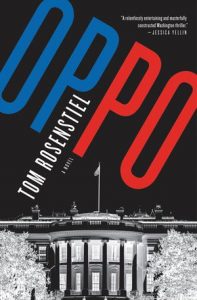 Tom Rosenstiel’s newest novel, Oppo (Dec. 3 from Ecco) is about a single week during a presidential election when a politician is threatened with personal destruction.
http://www.tomrosenstiel.com/ 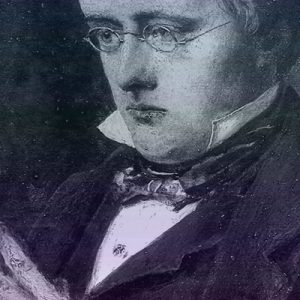 Wilkie Collins wrote during in the Victorian era, but brush the dust off his covers and it’s clear that Collins was a master...
© LitHub
Back to top