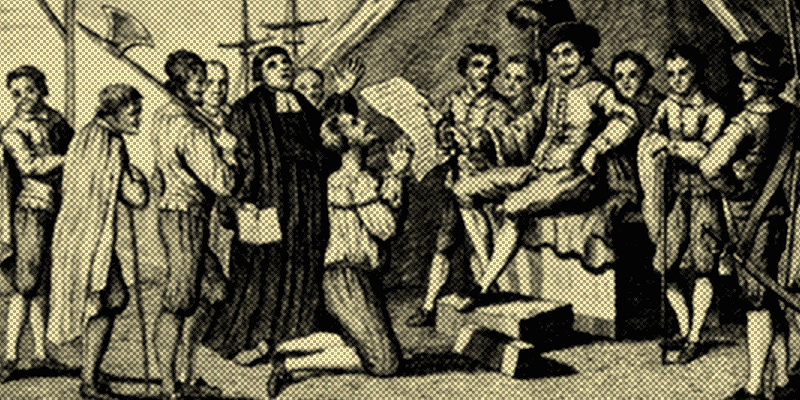 The Assassination of Thomas Doughty by the Brigand Sir Francis Drake

Or, what the Doughty Affair reveals about piracy, superstition, and witchcraft in the 16th Century.

The name of Thomas Doughty is now little more than a footnote to the life of the man who killed him—Sir Francis Drake. But the Doughty Affair shines a fascinating light on the character of England’s most famous pirate and explorer. I first came across the story of the Doughty brothers when I was researching Drake for Treachery, the fourth novel in my Elizabethan thriller series, and its whispers of conspiracy and witchcraft suggested a rich seam of intrigue for a historical mystery.

Thomas Doughty was an aristocrat and lawyer who had befriended Francis Drake during campaigns in Ireland and, in 1577, Thomas and his brother John invested in a new expedition of Drake’s, now remembered for being the first English circumnavigation of the globe. Initially, Drake set out to sail across the Atlantic and through the Strait of Magellan to plunder the coast of Peru, disrupting the lucrative export of goods to Spain. This was a deliberate act of provocation against the Spanish, and Drake proceeded with a nod and a wink from Queen Elizabeth, though without any formal commission in writing, so that she could dissociate herself from Drake’s activities if necessary—England was still at this time attempting to avert outright war with Spain by diplomatic means. This lack of an official commission from the Queen was to be significant in the trial of Thomas Doughty; it meant that Drake was not representing the law of England at sea. Instead—as far as he was concerned—he was the law.

The Doughty brothers sailed with Drake, but although Drake had given Thomas command of the Pelican, the fleet’s flagship, they were not long out of Plymouth before Thomas began voicing his discontent with the Captain General, as Drake was known. One witness, the ship’s carpenter, claimed that Thomas had promised to make him a rich man if he would transfer his loyalties from Drake to Thomas; another account says that Drake had to investigate accusations that Thomas had stolen for himself certain valuables from a Portuguese ship they captured. John Doughty is reported to have boasted that he had supernatural powers, and could summon the Devil or conjure a storm—highly dangerous talk among superstitious sailors. Whatever the grievances, by the time the expedition set out across the Atlantic, Thomas Doughty’s loyalty was doubtful enough for him to have been demoted from his command and transferred to a store ship, where he complained that he was being treated as a prisoner.

Drake was not representing the law of England at sea. Instead—as far as he was concerned—he was the law.

Worse was to come. By the time the fleet was reunited for provisioning in Brazil, Drake learned that Thomas had continued to undermine his authority, declaring that he, Thomas, had greater power and influence with the Queen’s officials than Drake, and that he was in a better position to reward the men when they returned to England if they would side with him. Four witnesses claimed that Thomas said he would ‘make the company cut one another’s throats’—a threat that sounded perilously close to mutiny. Drake lost his temper, struck Thomas Doughty and ordered him bound to the mainmast. It must have been obvious to everyone that the Captain General would have to settle his differences with Thomas one way or another; discipline and clear hierarchy were essential to the success of the expedition, and to have an influential member of the company refusing orders and stirring up rebellion against the commander could not be tolerated as they embarked on the most dangerous stretch of the voyage.

By the time they reached Port San Julian in Patagonia—further south than any English ship had ever sailed—both Doughty brothers were in custody. Drake accused Thomas Doughty of plotting to overthrow and kill him. Thomas denied the charges, insisting that he would answer them in a court of law once they had returned to England. But he placed too much faith in due process, and in his own status as a gentleman. Perhaps it was his consciousness of the class distinctions between him and Drake that led to the tensions in the first place. Drake was the son of a farmer, not a gentleman, and though he was later knighted by Queen Elizabeth for his achievements, that did not make up for his low birth in the eyes of many of her courtiers. It clearly rankled with Thomas Doughty to have to take orders from a man he considered his social inferior. Even in the face of capital charges, he refused to believe that Drake had any authority to try him so far from home.

‘Well, General, I hope you will see your commission be good,’ Thomas challenged Drake, when the Captain General empanelled a jury. Drake fudged the issue, claiming he had left his commission in his cabin. When Doughty’s friend, a fellow lawyer, tried advising Drake that without showing his commission, the trial was legally suspect, the Captain General replied, ‘I have not to do with you crafty lawyers, neither care I for the law, but I know what I will do.’ Thomas Doughty was found guilty, the men voted that he should receive the death sentence, and on July 2nd, 1578, he was beheaded at Port San Julian. Later, when one of the fleet’s ships was lost with all hands in a storm, including the ship’s carpenter who testified against Thomas Doughty, the parson noted in his account that this was divine revenge.

On returning to England, John Doughty attempted to bring a lawsuit against Drake for the unlawful murder of his brother. Queen Elizabeth, unwilling to have the reputation of England’s seafaring hero sullied, made sure that the case was thrown out on a technicality. But John continued to accuse Drake to anyone who would listen; when Drake received his knighthood, John declared publicly that the Queen had honored ‘the arrantest knave, the vilest villain, the falsest thief and the cruellest murderer that ever was born.’ Shortly afterwards, Queen Elizabeth’s spymaster, Sir Francis Walsingham, picked up a man who claimed he had recruited John Doughty to assassinate Drake on behalf of the Spanish king; John was promptly arrested and thrown in prison.

Whether there was any truth to the assassination claims, or whether it was merely a useful way to keep John Doughty quiet about a less than glorious episode of the voyage that was already being mythologized, remains unclear. I began to wonder what had become of John Doughty when he left prison; surely he would not simply have given up his desire to avenge his brother? I imagined quite the reverse—that seeing Drake’s continued rise in favor and riches could breed the kind of resentment that curdles into obsession, especially in a man who already believed he could conjure the Devil.

Treachery begins in 1584, as Drake is in Plymouth preparing for another expedition to the New World. My philosopher-spy hero, Giordano Bruno, joins his friend Sir Philip Sidney on a trip to inspect the fleet before it sets sail, but they find the voyage delayed by the apparent suicide of one of Drake’s officers. When they discover that the dead man was one of the jurymen who convicted Thomas Doughty in Port San Julian, and that he is not the first to die in unusual circumstances, it seems that there is an even greater threat to Drake than the Spanish, and closer to home.

We view Francis Drake now with a contemporary sensibility, as we do all those figures of colonial history whose exploits of plunder, slavery and murder necessarily appall us. But I wanted to try and consider Drake as people would have seen him at the time, and the trial of Thomas Doughty helped me to understand his character better. To hold a fleet of ships and all their crews together through storms, battles and unknown waters would require not just a will of iron but enormous personal charisma, along with the kind of respect and trust that has to be earned, particularly if you must command those who consider themselves placed by God above you in the social order. At his best, Drake must have been an inspiring leader, but the fate of Thomas Doughty showed an absolute ruthlessness and determination that helps to explain the extraordinary career of a humble farmer’s son from Devon.

S.J. Parris is the pen name of Stephanie Merritt who began reviewing books for national newspapers while she was reading English literature at Queens' College, Cambridge. After graduating, she went on to become Deputy Literary Editor of The Observer in 1999. She continues to work as a feature writer and critic for the Guardian and the Observer. She lives in the south of England with her son. Her latest historical mystery, Treachery, is now available from Pegasus Books. 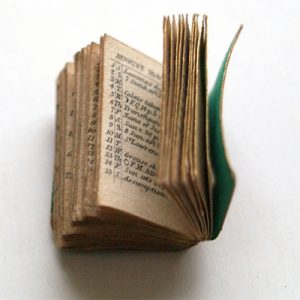 About ten years ago, work required that I frequently travel back and forth to L.A. from Austin, four hours of travel on a non-stop...
© LitHub
Back to top