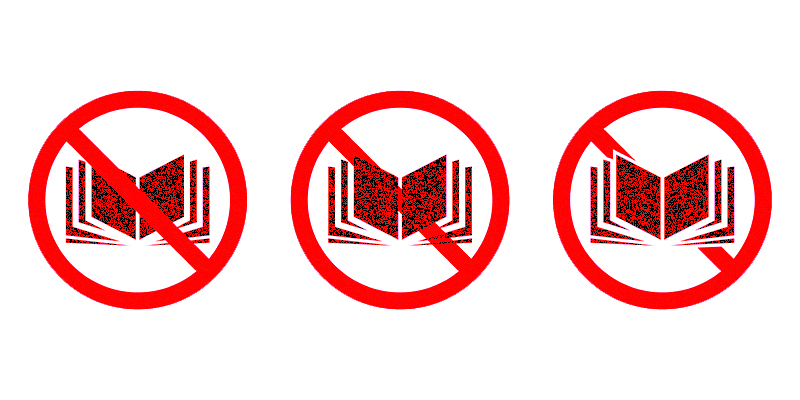 "Let's light a bonfire, and curl up with our favorite banned books. Because when we read, we are not alone."

When I was ten years old my mother handed me a worn paperback called THE WORLD ACCORDING TO GARP by John Irving. “What’s it about?” I asked her. “Life,” she said. I had never read anything so brilliant. She used to take me to the used bookstore and let me buy stacks of paperbacks because I read so fast it was hard to keep me in books. And if we got the usual comment. What’s a little girl like you doing with so many big books…she would look at them and snap…She’s reading them. How may books have you read this week?

My mom had one rule about what books I read growing up. Which was there were no rules and I could read anything I wanted. You know what she told me? Use your own judgment. The world would be a lot better off if my Steel Magnolia Mama was running things.

But, we don’t all have mothers like I did. So here’s a shout out and a real big thank you to all those people busily finding books to ban. These lists should be published widely, so we don’t spend a lot of time searching for what we hope will be a good read, when it’s all right there on their list.  This is almost almost a public service.

If you are wondering why people are always busily banning books, ask the novelists who get banned.

“I am writing for young readers, not uptight adults,” John Irving to Pam Harland, Librarian Plymouth Regional High School, in a letter thanking her for keeping his novel THE HOTEL NEW HAMPSHIRE available to students.

“The world of literature has everything in it, and it refuses to leave anything out.” Pat Conroy, in a letter to the editor of the Charleston Gazette.

When I became a mother and when I sold a novel and got paid, I would take my own kids to Joseph Beth Booksellers and let them pick out all the books they wanted. Then we would all go out to dinner. And I would buy all of us something really fun. One time it was a horse. But my kids are not going to tell you it was a fun house to grow up in, because I also made them do chores.

Now don’t worry. I’m not going to get you all riled up and leave you without a solution. One for novelists and one for readers, and many of us are both.

Alice Walker has good insights for novelists who get banned. “I had delivered my gift. It was given in complete love to everyone.  If they wanted to keep it, it would have to be their work to fight for it. They did.”– Alice Walker, WRITING WHAT’S RIGHT, Gurnica, 10/01/2012.

And for readers, the insight comes from the Nashville Public Library– they have a library card that says I read banned books.

Two of my favorite banned books that I read growing up were A WRINKLE IN TIME by Madeleine L’Engle, a thrilling mysterious story that blends religion, the supernatural and science, which was somehow deemed utterly offensive, and also an early inspiration for the novels I would someday write. And HARRIET THE SPY by Louise Fitzhugh, which prompted me to do two things in the fifth grade — start my first novel (not yet published) and open my own elementary school detective agency. Supposedly this novel teaches children to “lie, spy, talk back, and curse.” I confess to you that I did all of that before I read the book.

I wish there had been a Harry the Spy back then for my brother. Growing up with a gay big brother is a glorious thing. We used to go to bars and scope out the men and make bets on whose bus they were on. My brother was severely dyslexic and never read much. I wrote all his English Lit essays when he was in college in exchange for driving lessons. Still. He kept a stack of my novels on a table in his living room to brag on ‘his overachieving little sister.”

Then one day I found three paperbacks on the bar stool in his kitchen and I held them up and he gave me the biggest grin. “The heroes are all gay men.”

A glorious treasure trove awaits you on those banned books lists.  The poignant resilient wisdom of Maya Angelou’s I KNOW WHY THE CAGED BIRD SINGS.  THE HATE U GIVE by Angie Thomas, honest, riveting, poignant. CAPTAIN UNDERPANTS by Dav Pilkey (WARNING — underpants and wedgies are mentioned). A DAY IN THE LIFE OF MARLON BUNDO, by Jill Twiss.  THE CURIOUS INCIDENT OF THE DOG IN THE NIGHTTIME, by Mark Haddon, rated a ‘best-loved’ novel by PBS. THE ACE OF SPADES, by Faridah Àbíké-Íyímídé, a YA mystery/thriller. STOLEN CHILDREN by Peg Kehret about the kidnapping of a thirteen year old babysitter and the three year old she is looking after.

Even librarians get into the banning business. FIFTY SHADES OF GRAY by E.L. James, was cited as being “too steamy” and “semi pornographic.” And once that hit the media…no wonder so many copies were sold. Just one more banned book in the long standing tradition of books like LADY CHATTERLY’S LOVER, by D H Lawrence…and John Cleland’s FANNY HILL: Memoirs Of A Woman of Pleasure. Books where a female protagonist has delicious explicit sex and  . . . enjoys it.

Margaret Atwood had the last word, when THE HANDMAID’S TALE  was banned. “I had thought America was against totalitarianisms. If so, surely it is important for young people to be able to recognize the signs of them. One of those signs is book-banning.”

So okay now, y’all. The book banners have been busy and we all have our reading lists. Let’s light a bonfire, and curl up with our favorite banned books. Because when we read, we are not alone. 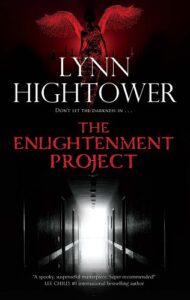 Lynn Hightower is the internationally bestselling author of numerous thrillers including the Sonora Blair and Lena Padget detective series. She has previously won the Shamus Award for Best First Private Eye novel and a WHSmith Fresh Talent Award. Lynn lives in Kentucky, in a small Victorian cottage with a writing parlor. 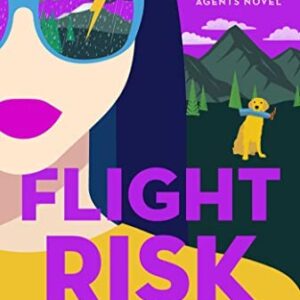 Leda was taking a lunch break when a heads-up knock on her door and a friendly “Hello” announced that Grady Merritt was doing...
© LitHub
Back to top