Celebrating the year's best in crime, mystery, and thrillers.

The year may not have given us much to celebrate, but we can grateful at least for a banner crop of crime novels, books that gave us insight and entertainment, nuanced narratives and chills running down our spines. It was a year for revisionist readings of classic forms and for spotlights on underrepresented corners of society and of the crime fiction world itself. There were breakout performances from writers on the rise and standout novels from authors with decades of work under their belts. Through a turbulent, tragic year, these books gave readers something to be consumed and captivated by. Thanks to the authors for inspiring us and for keeping us reading. We need more books.

Here are our choices for 2020’s best crime novels, mysteries, and thrillers. 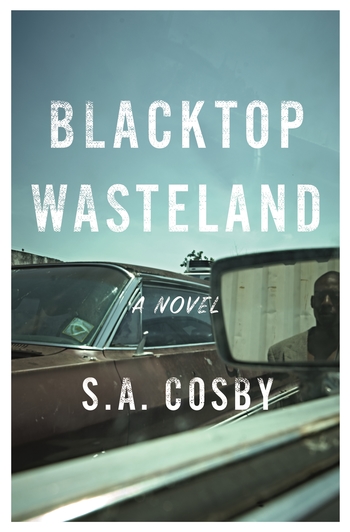 Cosby’s Blacktop Wasteland is the year’s most celebrated crime novel, and with good reason. It’s a soaring, deeply felt, deeply propulsive tale written by an author coming into his full powers. Beauregard “Bug” Montage is a family man and a pillar of the community. He’s also the seemingly retired getaway driver known across the southeastern of the US as the best man to get you clear of a crime. When an old colleague comes calling with a new proposal, the two identities begin to merge anew, and Bug goes back behind the wheel. Cosby writes beautifully of the sensations and memories that drive Bug through the night and down the empty roads toward his old life. Dread and excitement combine to create a unique sense of atmosphere, one that will keep readers pushing ahead toward a genuinely powerful conclusion. –Dwyer Murphy, CrimeReads Editor-in-Chief 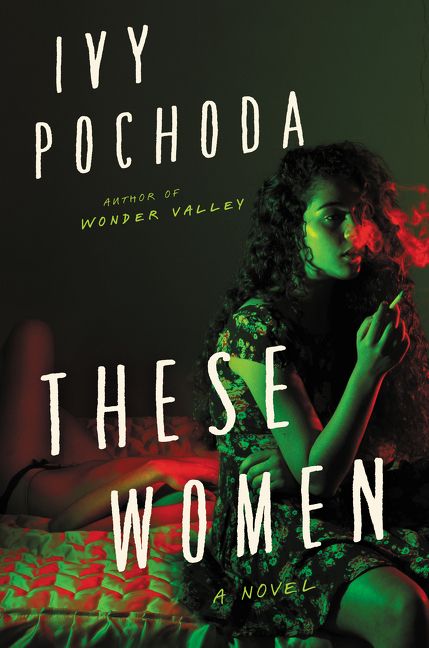 Pochoda’s These Women is a captivating portrait of a changing neighborhood in South L.A., a place where insidious social forces are at play but there’s also a dangerous individual threat, a largely unseen man targeting  local women. Rather than focusing on the killer or the investigation into his crimes, Pochoda takes on a shifting, lyrical perspective that presents the lives of the neighborhood’s women in their full nuance and richness. Each segment of the novel is a detailed, emotionally-charged snapshot of a life in peril, though most of the women have little idea what kind of danger they’re really in. The looming violence unites them, but so does the city itself, as Pochoda brings out a community discovering itself under the most trying circumstances. These Women is ambitious, accomplished crime fiction. –DM 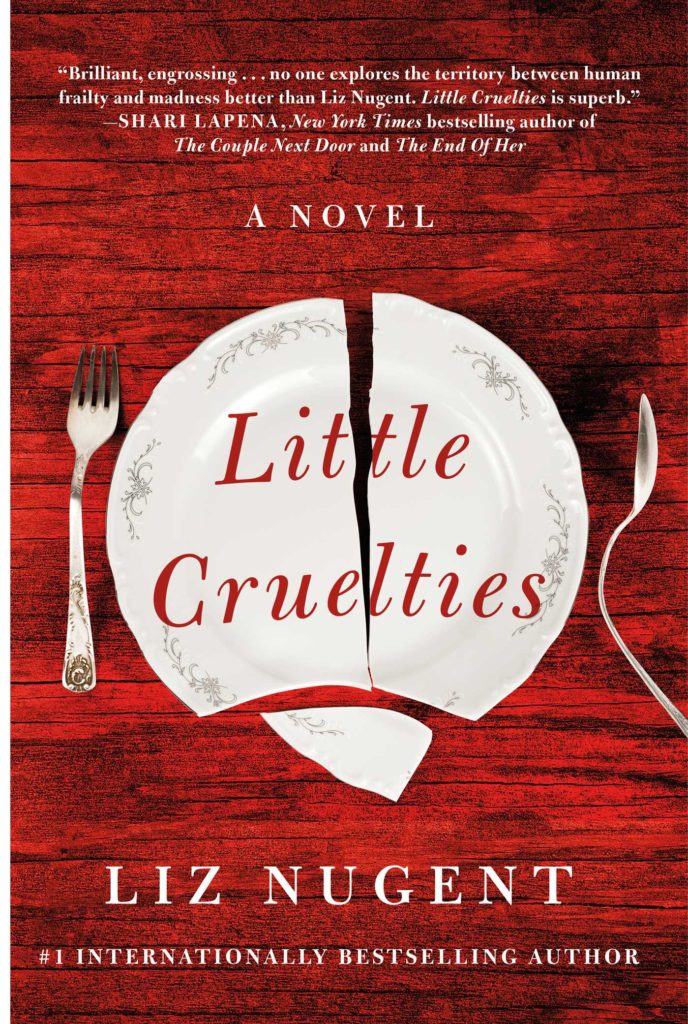 The title may be “Little Cruelties” but the sins of Nugent’s characters are vast. In her latest, three siblings born in 1980s Ireland are pitted against each other by their cruel and competitive mother and indifferent father. As the siblings grow to adulthood, their childhood squabbles turn darker and more dangerous, and as the book begins, we learn one of them is dead. Nugent ties the family’s favoritism and scapegoating into her wider critique of late-20th-century Irish mores, as she continues to explore the last 40 years of Irish history through the lens of the supposedly well-behaved, fascinated by the tension between upstanding citizenry and their own deepest, darkest secrets. –Molly Odintz, CrimeReads Senior Editor 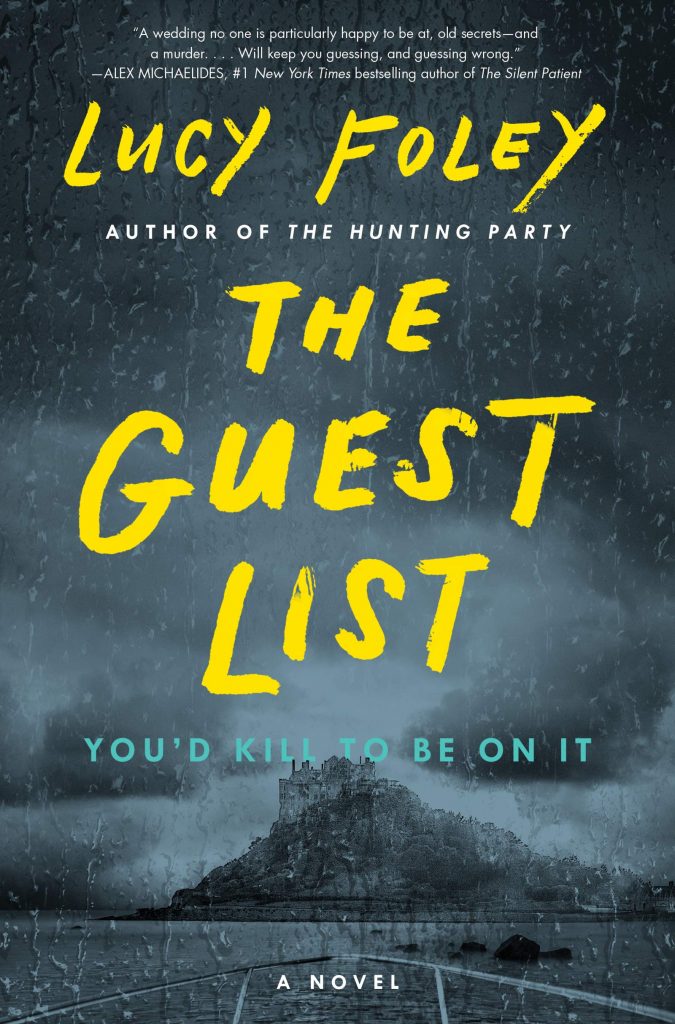 Reading Lucy Foley’s The Guest List was one of the highlights of quarantine—a perfect escape read set on an island with few escapes, as a wedding at a remote Irish manor begins with faux pas and then escalates to a bloodbath. Despite the destination wedding’s exclusive guest list, everyone’s got their secrets, and everyone’s come bearing not only gifts, but grudges. Foley became a mystery reader’s household name with last year’s The Hunting Party, and The Guest List presents the same delightful combination of mystery, suspense, and thriller that’s helped Foley and other rising stars revive the traditional mystery’s charms for a modern audience. –MO 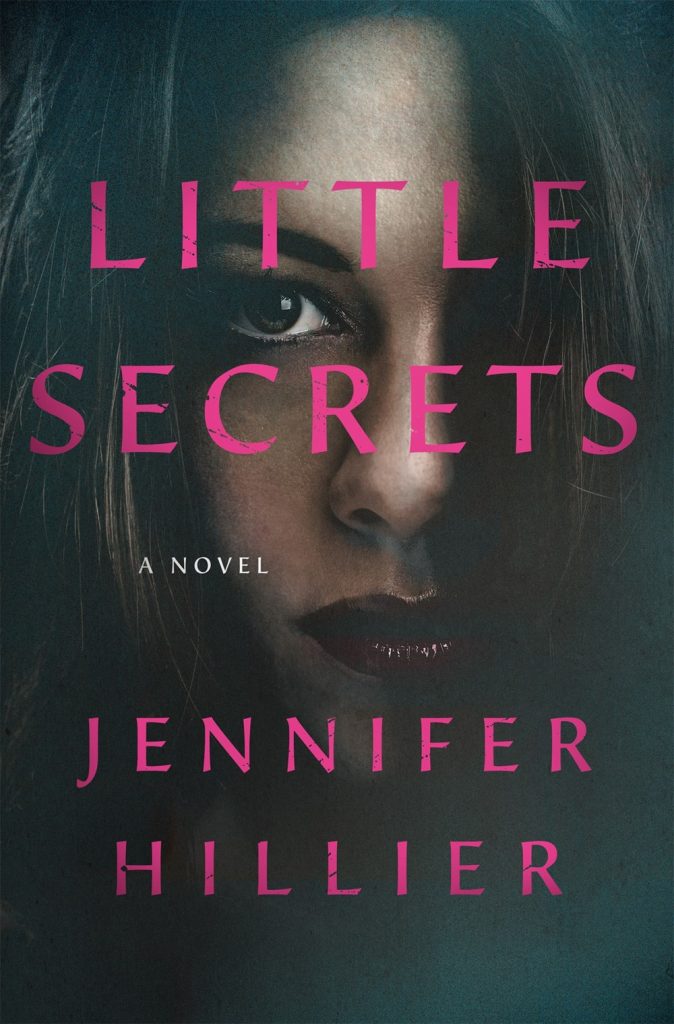 Hillier has made her reputation with striking portraits of the monsters hiding in plain sight and in all of us, and Little Secrets is no exception. Here she offers up Marin, a woman with a happy family and a thriving business, but whose life soon comes apart when her son is taken. The investigation into the kidnapping goes nowhere, and when she hires a private eye to keep it going, she instead finds out that her marriage is under threat, too. That’s when things take an even darker turn. Hillier paints a convincing, vital portrait of a life coming undone. The slow creep of evil lurks everywhere at the fringes of her story, and soon the reader loses all sense of orientation, perspective, and morality, with a funhouse mirror effect taking over, one that’s both entertaining and deeply disturbing. –DM 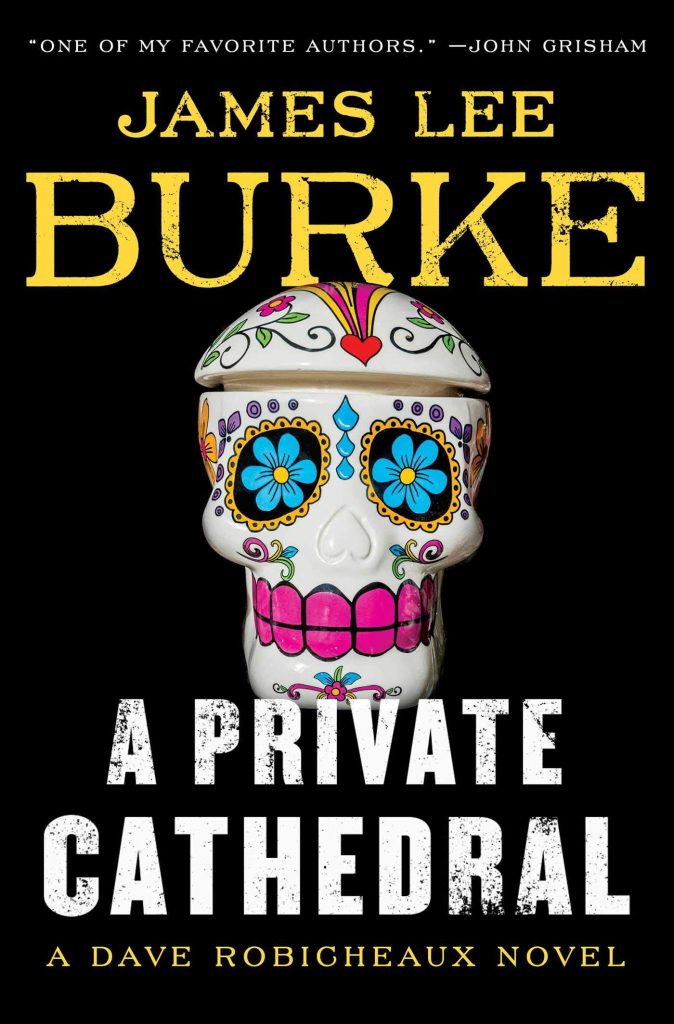 Forty books into his storied career, James Lee Burke shouldn’t be able to surprise us so thoroughly, but that’s what he’s done with A Private Cathedral, his most spiritual, searching, and terrifying novel to date. In this new installment to the long-running Dave Robicheaux series, Dave launches himself into the middle of a long and bloody rivalry between the Shondell and Balangie families. It’s a ruthless war, seemingly without end and without mercy, full of bloody mythology and secret grievances. When two members run off in a Romeo and Juliet-tinged romance, that stokes the flames and puts Dave in the crosshairs. The Balangie clan hires a mysterious, possibly supernatural assassin to kill Dave and his old partner, Clete, and here’s where Burke’s imagination truly comes alive. He’s always been a writer preoccupied with the long march of history and its moral battles, and in A Private Cathedral he finds an embodiment for that war, and a narrative that plays out an intensely personal feud while also representing the clash of forces that have thrown this country into a dark period of division, unrest, and corruption. –DM 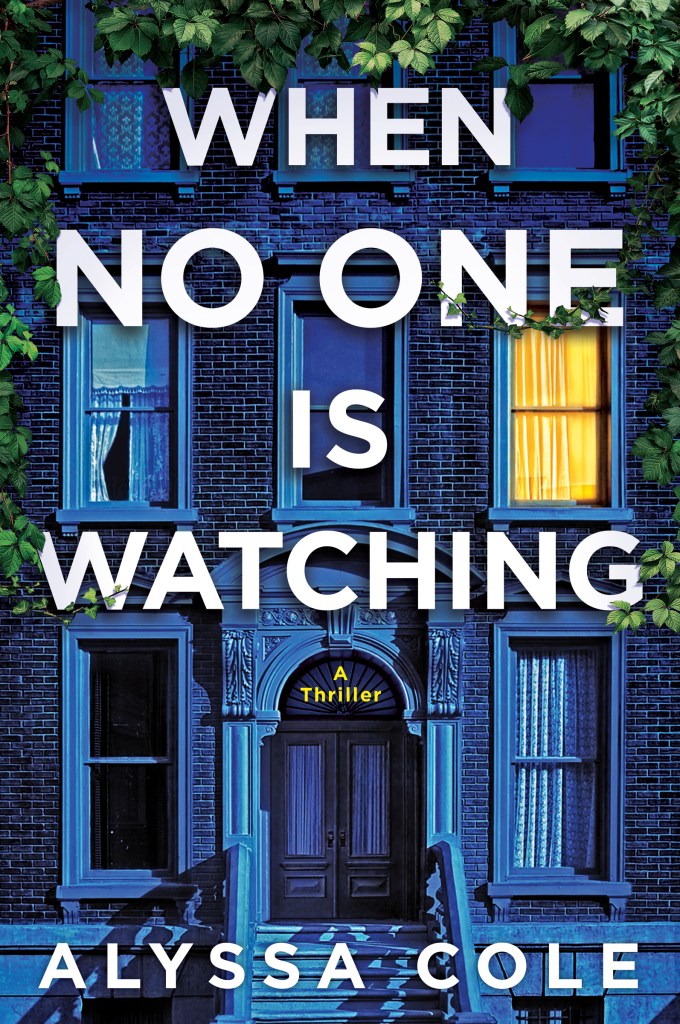 Alyssa Cole, When No One is Watching
(William Morrow)

This book is So. Much. Fun. A proper thriller with a Jordan Peele-esque twist, When No One Is Watching will have you racing to the oh-so-satisfying conclusion. Cole’s heroine Sydney isn’t happy about her rapidly gentrifying neighborhood—it seems as if her lifelong neighbors are disappearing overnight, replaced soon after by those who wouldn’t have stepped foot in Harlem a decade earlier. A plan to “revitalize” the neighborhood with an enormous new research center seems to have only accelerated the changes, and the real estate agents trying to buy her house are getting disturbingly aggressive. She’s not sleeping well, her bills are piling up, her best friend’s ignoring her, and there are strange noises in the night. When a very handsome and very unhappily partnered hipster moves in across the street, Sidney teams up with her new neighbor to find out what’s really going on in the neighborhood, but what they find is beyond their wildest expectations. –MO 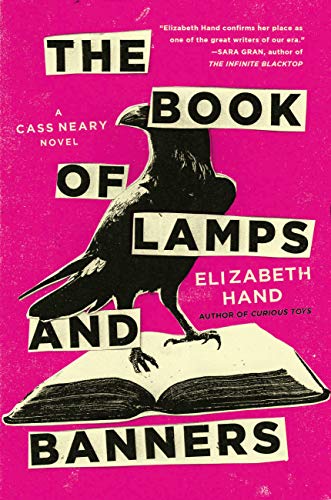 Elizabeth Hand, The Book of Lamps and Banners
(Mulholland)

After several years away from her cult-favorite series, Hand returned to Cass Neary, photographer, hustler, explorer of subcultures. In the latest installment to this strange and provocative “detective” series, Cass is between jobs and without her camera when she gets a tip on the potential sale of an ancient illuminated manuscript rumored to contain some powerful esoteric knowledge. When the book is stolen, she goes on the aggressive, working her way into a hidden world of book collectors, billionaires, and nationalist zealots, all of them chasing after the book’s secrets. Hand has a restless imagination and spins out an exhilarating world for readers to follow Cass through. Each page has a surprising idea or turn of phrase and just about anyone who dives into The Books of Lamps and Banners is likely to emerge a devoted reader of Hand’s work. There isn’t a better pure writer at work in crime fiction today. –DM 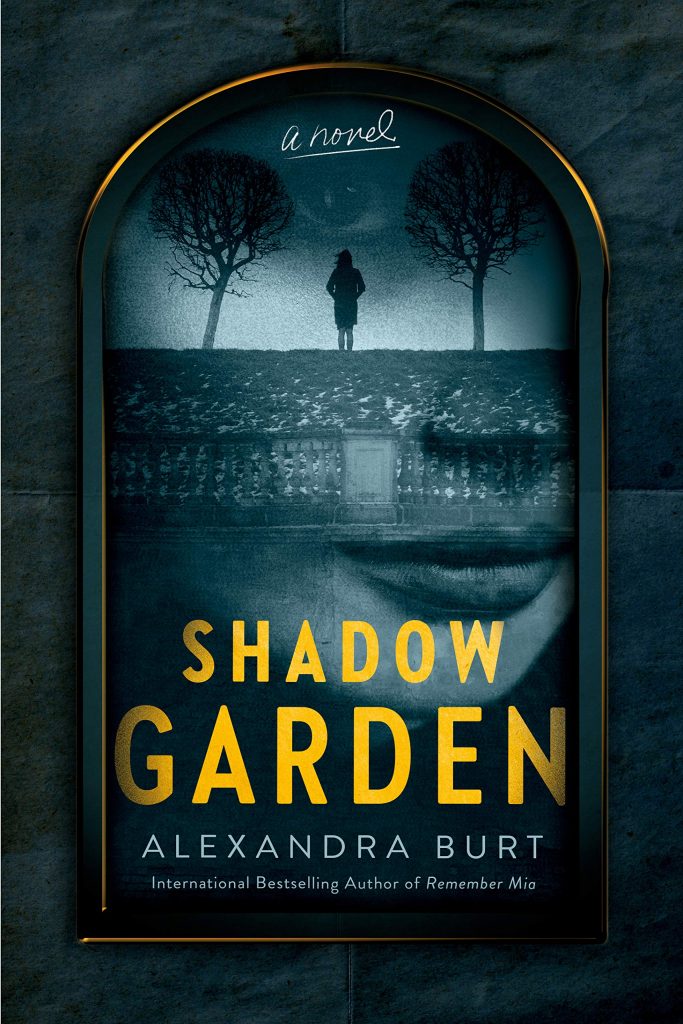 Alexandra Burt’s Shadow Garden is, quite simply, heartbreaking. A woman is recovering from a leg injury in a swanky rehabilitation facility has every need met by the center’s assiduous caretakers, but her husband’s never been to visit, the workers keep odd hours and always seem to be snooping, and she can’t shake the feeling that she’s being watched. Without much to do, the woman gossips with the aging writer next door, fights small battles with her nurse, and remembers her life before, including the strange, affectless childhood of her precious, pampered, and terribly destructive child. Burt uses her character’s patchy recollections and self-serving hindsight to explore the fracturing of memory in the face of trauma, and her writing is as haunted and beautiful as her ex-beauty queen narrator. –MO 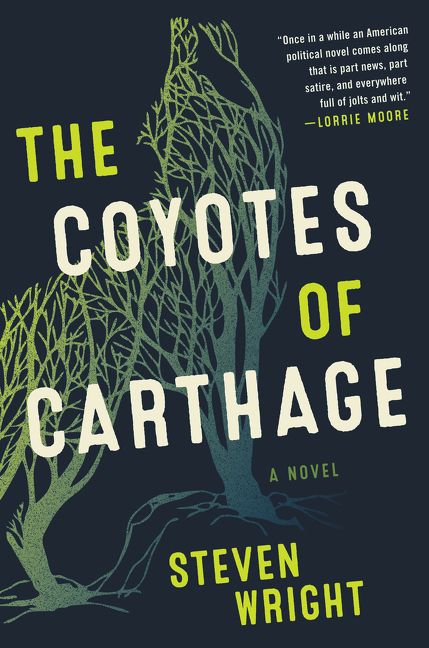 This one is like Ozark meets Miller’s Crossing. Steven Wright’s fixer protagonist is in trouble after his candidate loses an election, and his boss gives him one last chance to redeem himself before the political machine: he’s headed to the backwoods of Appalachia to convince the conservative residents of a natural paradise to turn their last bit of nature over to capitalistic exploitation. What follows is a grim and grimy primer on how to use dark money, straw men, and other dirty tricks to win yourself a ballot referendum. Shocking, funny, and deeply cynical, this is the perfect political thriller to close out a truly terrible year. –MO 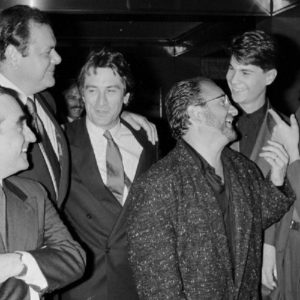 Fans of mob movies watch Goodfellas (1990) to enjoy the acts of mob guys who behave as if gangster life has zero consequences....
© LitHub
Back to top