The Best Historical Fiction of The Year: 2022

15 historically-set mysteries, thrillers, and crime novels that will take you from the 17th century to the 1960s.

We’ve had real trouble this year narrowing down our lists, as is evidenced by yet another grouping of 15 instead of a top 10, but hey, it was a great year for subgenres, okay? 2022 was, in particular, an excellent year for new works set during three time periods: the 1920s, the early 1960s, and the long 19th century. Each has its own relevance for today—the 1920s, and for that matter the first half of the 19th century, both share uneasy parallels with today’s increase in activism and (in the case of the 1840s) barn-burning millenarianism. The 19th century has been called the era of the con artist, in which successive economic panics and booming fraud made swindlers into populist heroes, a tradition carried on by our recent non-tax-paying ex-president. Nativism, too, boomed in the 19th century and culminated in the immigration restrictions of the 1920s, providing eery hallmarks to measure today’s growing xenophobia against. The early 1960s, as a time period to find contemporarily fascinating, is no surprise: another era defined by battles over education, contraception, and voting rights. 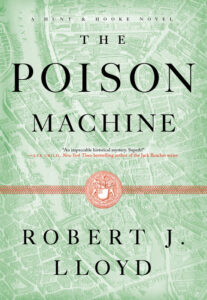 In this follow-up to his well-received The Bloodless Boy, set in the midst of the scientific revolution, Robert J. Lloyd takes his scientist-detectives Harry Hunt and Robert Hooke all over Restoration England on a mission to avert an assassination plot against the Queen. Lloyd once again infuses his world with the sights, sounds, and smells of the late 17th century, as well as immersing readers in the thriving scientific debates of the time, for one of the best historical novels of the year. 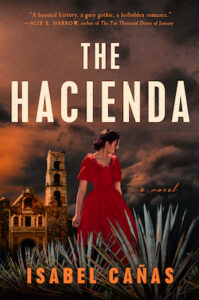 Cañas brings a powerful gothic sensibility to the aftermath of the Mexican War for Independence, as her protagonist, Beatriz, desperate for stability and security, follows a mysterious man to his countryside manor and ignores the warning signs that something far more sinister may be happening on the estate. A perfect read for du Maurier devotees with a taste for new locales and cultures. –DM 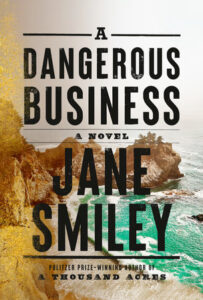 In this Poe-influenced tale, Eliza Ripple, a young widow and sex worker, becomes concerned when vulnerable women start vanishing from the brothels of Monterey and no one among the authorities appears to much care. Eliza is also rather curious, and reads quite a bit of detective fiction, so she and her close friend embark on their own investigation. Eliza Ripple and her merry coterie are the kind of characters that feel both true to their age and perfectly at ease in ours, a rare feat for an historical fiction writer to accomplish. Jane Smiley has been writing literary explorations of the human condition for decades, and all of her novels are excellent, but you get the sense that she really had fun writing this one. 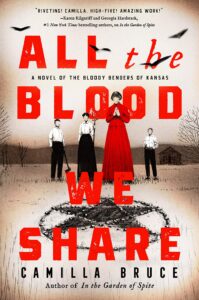 Camilla Bruce, All the Blood We Share: A Novel of the Bloody Benders of Kansas
(Berkley)
Setting: Kansas, mid-19th Century

Camilla Bruce already impressed me with her novel of a 19th century serial killer, In the Garden of Spite, so I’m pleased to see her returning to the era in All the Blood We Share, this time with even more serial killers! Seriously, there’s a whole family of serial killers in this book. Killing travelers in their roadside inn and dumping the bodies down a chute into the cellar. Just like Sweeney Todd, except the Benders were (unfortunately for their victims, fortunately for historical fiction readers) very real. 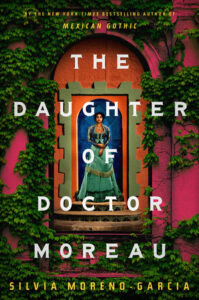 I can’t get enough of Silvia Moreno-Garcia’s playful takes on classic genres. In her latest, the Island of Doctor Moreau gets a Yucatan-set treatment, steeped in sultry atmospherics and set during the lead-up to the Mexican Revolution as the hacienda system begins to crumple. Carlota Moreau loves her scientist father, whose injections keep her alive; she loves her fur-covered playmates, whose ailments can be ascribed to their mishmash of human and animal genes; she even cares for the drunken plantation overseer who facilitates the gruesome experiments. But her character was raised to be pampered, not tested, and her loyalties will soon face a breaking point as the goals of her father, his patron, and those they torture pull Carlota in opposite directions. 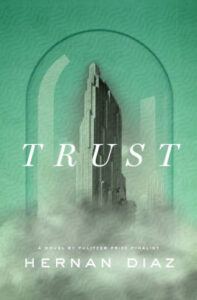 The brilliant title of Hernan Diaz’s new novel of the stock market refers to not only financial trusts and human trust, but also the trust that a reader has for a manipulative narrator. I’m a huge fan of stories that explore the nature of narrative itself, so I couldn’t resist the structure of this innovative tale. Trust is told first as a memoir by tycoon Benjamin Rask, aimed at setting the record straight after being blamed for the calamitous fall of the stock market in 1929. Next, we hear from several other perspectives, each upturning everything we thought we knew about the previous one, including the perspective of Helen Rask, Benjamin’s enigmatic spouse, known outwardly for her charity but harboring a shocking secret of her own. Trust stands alongside the best of layered fiction, including the Cuban film El Otro Francisco and Gordon MacAlpine’s The Woman with the Blue Pencil (my two personal faves that I will never stop recommending). 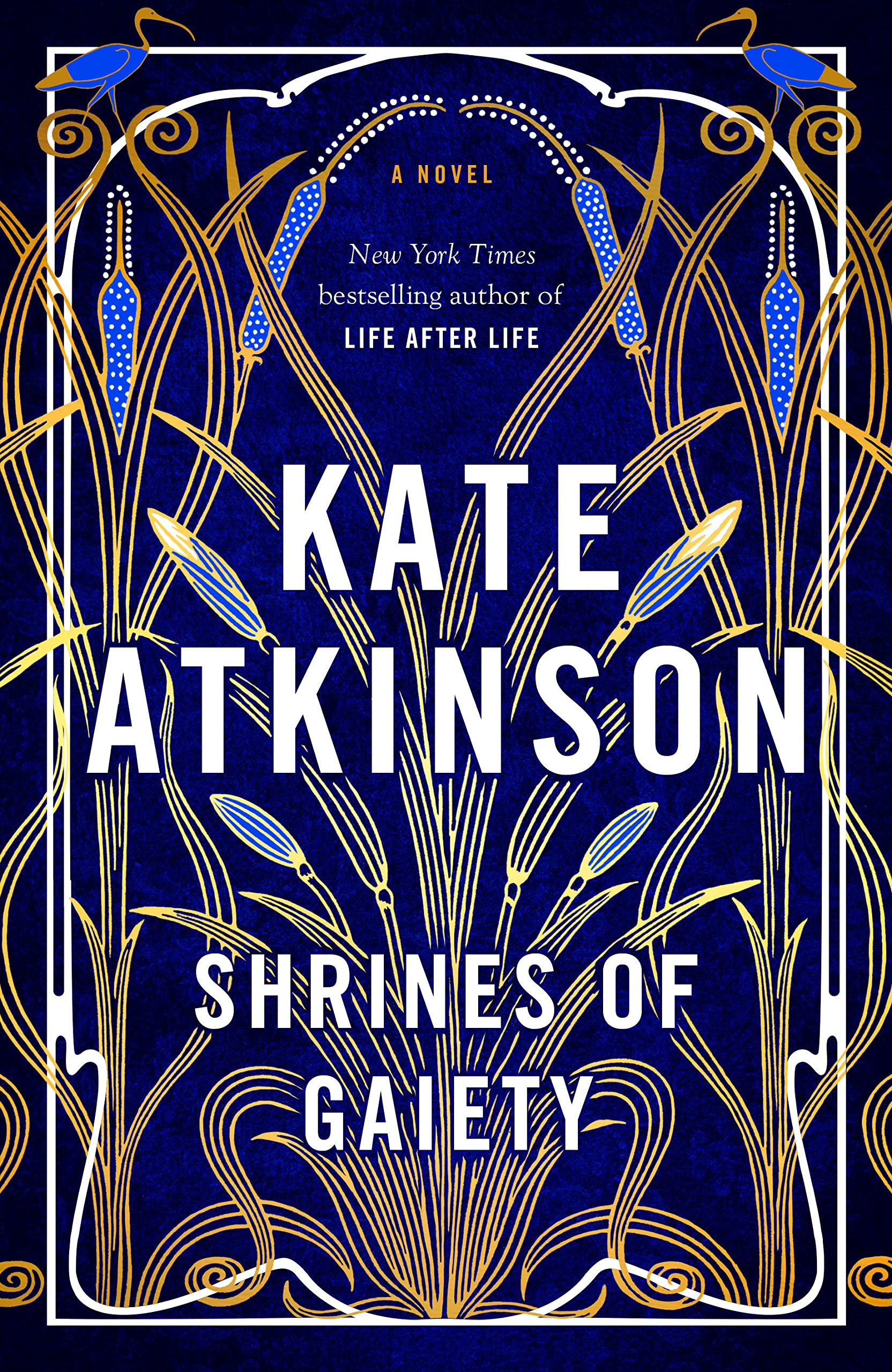 Kate Atkinson’s Shrines of Gaiety takes us into the roaring 20s for a delightful and bawdy portrait of underworld Soho. In this London neighborhood dedicated to all manner of ways of having fun, including the illicit, a nightclub owner struggles to hold on to her hard-earned success as she faces challenges from rivals, lawyers, and even her own children. Atkinson once again proves herself to be one of the best at writing literary genre fiction with a complex emotional center. 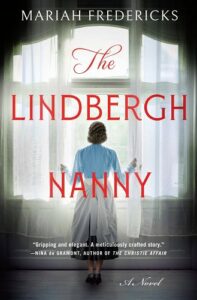 Mariah Fredericks is an expert at capturing history’s ordinary voices in extraordinary circumstances, and The Lindbergh Nanny is her best yet. Betty Gow didn’t have the best experience with her previous nannying, so she’s shocked and delighted when she gets a job with the famed Lindberghs, even though Charles Lindbergh—and his hands-off child-rearing method—both seem rather cold. Gow is enchanted by her new charge, however, going to great lengths to make up for his parents’ benign neglect, and is devastated when the baby is kidnapped and she finds herself a suspect. An eyewitness view of a still-shocking event that makes for perfect historical fiction. 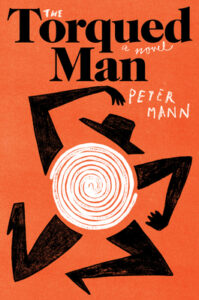 This book is so weird!! And also very good. It is possibly the strangest WWII-set crime novels ever written. Mann alternates between a rollicking, exaggerated shaggy dog story told by an Irish Republican recruited from a Spanish prison to carry out a mission in Berlin, and the reminiscences of a low level Nazi bureaucrat who finds a new courage to resist when he encounters the brass Irishman. 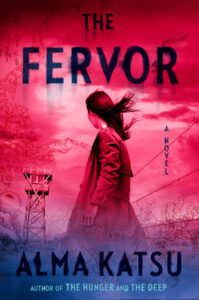 Alma Katsu’s latest historical horror thriller takes us into the internment camps of WWII, where Meiko Briggs and her daughter Aiko wait for news of her husband at war, and find themselves at the center of a strange new pestilence, and in confrontation with folkloric monsters. No one does historical gothic horror better than Katsu. 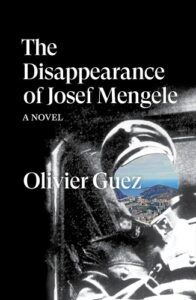 Most have made Mengele into a complete monster, but Guez does something much more interesting: he takes the monster and shows him as pathetic, disgusting, declining, and weak—exactly as Nazis and their ilk should be portrayed. When you depict someone as classically monstrous, you risk inspiring others to follow in their footsteps for the notoriety alone, but when you find the most squabbling, pathetic, petty parts of a villain to highlight, you can perhaps help to ensure that no one will seek to emulate them. 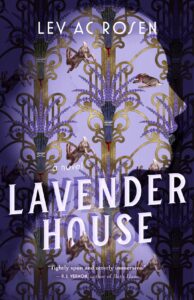 In the midst of an America under the sway of McCarthyism, a gay policeman gets caught in a raid on an underground club and finds himself at loose ends and newly a pariah. Rescued from suicidal ideation by the wealthy owner of a soap dynasty, he accepts a commission to investigate a murder in a house where everyone is queer, including the servants and the victim. Lavender House, an art deco mansion in a secluded area outside of San Francisco, is more than just a refuge for those who would live openly as gay, and as the ex-cop uncovers its secrets, his own life becomes more and more in danger. 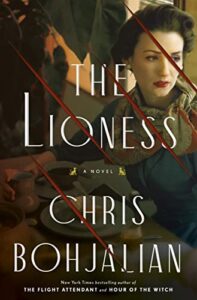 A safari organized by a starlet does not go as planned in Bohjalian’s brilliant new historical novel, The Lioness, which just may be his best yet. The trip to a nature reserve sounds like a dream, but a group of kidnappers plus a host of dangerous wildlife are ready to show these tourists that the days of colonialist excess are over. The early 1960s are captured in technicolor, and Bohjalian effortlessly merges character development with wider historical concerns. 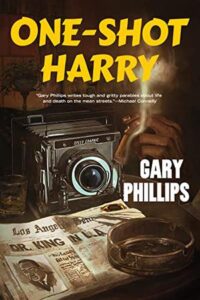 Phillips’ vision of Los Angeles in 1963 comes to vivid life in the form of Harry Ingram, a news photographer and part-time process server who’s putting himself in the firing line all day long as the city’s racial and social divides pull further and further apart. When an old Army friend of his is killed in a car accident, Ingram takes his crime scene photos and his wits on a journey through a deeply corrupt city, looking for the final answers for one man’s death. 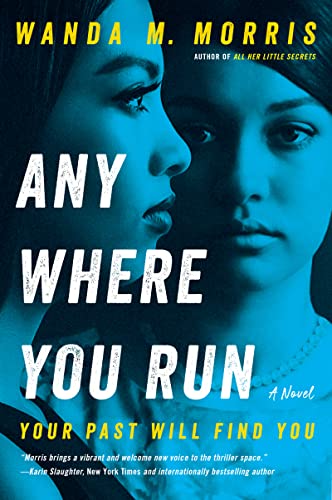 Wanda Morris burst onto the scene last year with her impeccably plotted legal thriller, All Her Little Secrets, and her new novel keeps a legally-minded heroine as one of its leads but takes us back to 1964. When Violet Richards is raped by a white man, she takes her revenge, then goes on the run, soon followed by her sister Marigold, who aspires to be a lawyer but first must make a decision about her unwanted pregnancy. A southern setting where voting and abortion are both increasingly restricted feels…rather like today, if I’m honest. Wanda Morris, too, has noted the parallels, and there is a sense of political urgency that helps speed this thriller along.

The Best True Crime Books of the Year 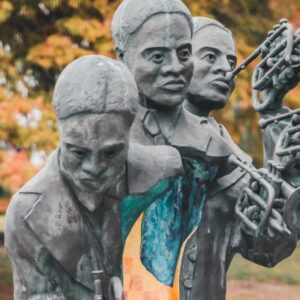 I moved to New Orleans twenty-six years ago because it was the first place where I felt like I belonged. I came here to visit...
© LitHub
Back to top