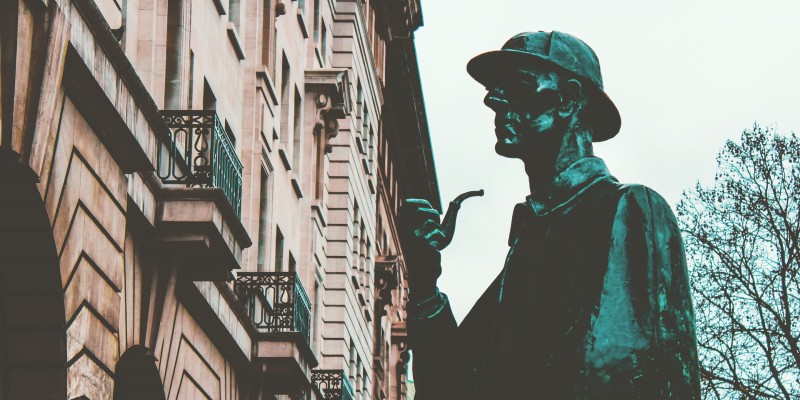 My debut novel, Marion Lane and the Midnight Murder, centres around a band of private detectives—the Inquirers—operating in an agency hidden beneath the streets of London; gadgets, murders and secrets galore. Thus, as you might imagine, the nature of the private detective (fictional or real) has always fascinated me. The art of solving crimes without the tools and formality of traditional police work lends an air of mastery and finesse to the job. Without fingerprint assays or DNA analyses, a sharp wit, keen eye and infallible initiation will just have to do. And while lone private detectives are certainly intriguing, the complexities that come with an enterprise of investigation is, in my view at least, even more riveting.

Here are six of my most loved private detective agencies in fiction.

THE NO.1 LADIES’ DETECTIVE AGENCY

In Alexander McCall Smith’s charming series, principle detective Mma Ramotswe and her colleagues Mma Makutsi (associate director and primary tea-maker) and Rra Polopetsi (part-time detective and full-time husband) work at The No. 1 Ladies’ Detective Agency in Gaborone, Botswana. The headquarters of the agency is a small room attached to an auto repairs shop, complete with corrugated iron roofing, two cracked tea pots (one for red bush “Rooibos” tea, the other for ordinary tea) and a view of a grand acacia tree.

The team here solve minor crimes with logic, empathy and wisdom guided by “the old Botswana morality” and Mma Ramotswe’s well-thumbed copy of the Principles of Private Detection. Despite the simplicity of the organisation, The No.1 Ladies’ Detective Agency has a reputation for getting results and you can count on Mma Ramotswe to teach you a thing or two about humanity as she delivers her unique brand of justice with kindness and compassion.

Warning: if you’re homesick for Africa (as I consistently am) these stories will tug at your heart strings!

It would be preposterous to write a list of detective agencies without mentioning one from the Queen of Crime herself, Agatha Christie. My favourite is the somewhat dubious International Detective Agency from the Tommy and Tuppence series of short stories.

At the start of the series, the agency, originally run by Theodore Blunt, is taken over by Tommy Beresford when Mr Blunt is sentenced to prison. To add insult to injury, Tommy also takes over Blunt’s identity (and position as principle detective) and his wife, Tuppence Beresford, assigns herself the role of “Blunt’s” secretary Miss Robinson, while secretly working as her husband’s associate.

It is said that these characters were Christie’s favourite to write, and I can imagine why. Tommy and Tuppence are a mischievous delight, first appearing together in the 1922 novel The Secret Adversary where they meet as friends, desperate for thrills and a means to make money. The pair set up the company, Young Adventurers Ltd, bearing the slogan: “Willing to do anything. Go anywhere. No unreasonable offer refused”. And over the course of four more novels and a series of short stories, this is just what they do; solving crimes involving lost jewels, children buried behind fireplaces and even unruly ghosts. How very Agatha!

Sir Arthur Conan Doyle’s famous detective, Sherlock Holmes, resided at the now equally famous  221B Baker Street. One could argue, perhaps, that this was not exactly a private detective agency, though I feel it has all the necessary attributes: a proprietor and principle detective (Sherlock, of course), one or more associates or co-detectives (Watson) and a “front of house” (at a stretch, Mrs Hudson).

Whether or not you agree, however, it could hardly be disputed that 221B Baker Street was the location of a confounding series of discoveries and epiphanies by Holmes and Watson, launching the rise of the golden age of crime fiction and innumerable spin offs and adaptations. Would the world of detective fiction be the same without Sherlock and 221B Baker Street? I think not.

A gang of fiery women in Victorian London? An all-female private detective agency posing as an uptight educational institute? A young ex-thief turned super-clandestine investigator rescued from the gallows? Sounds about perfect to me.

The four book series by Y.S. Lee follows the adventures of seventeen year old Miss Mary Quinn who, following her near-execution, is inducted into Miss Scrimshaw’s Academy for Girls. Mary soon realises that the academy is really a front for The Agency, a covert all-female private investigation unit.

With each book, Mary is sent on a new, high-stakes, almost-Bond-like mission. The stories are charming, occasionally gritty and always absorbing, thrusting Quinn into cases that take her from Buckingham Palace to the grim underbelly of 1850’s London.

Unusual, yes, but there’s no question in my mind that Richard Osman’s The Thursday Murder Club is a private detective agency in every sense of the word.

With headquarters at the jigsaw room of an upmarket retirement village and four septuagenarian “detectives” with a passion for solving cold cases (and sticking their noses in other people’s business), this “agency” is particularly special and perfectly original.

Elizabeth, Joyce, Ibrahim and Ron meet once a week to discuss crimes that are yet to be solved by the police. But when the team discovers that a well known local developer has been mysteriously murdered, the quartet dive into their first live case. Elizabeth (let’s call her the principle detective, she’d like that) convinces an under-appreciated female cop to allow the Thursday Murder Club unprecedented access to the case docket with the promise that they’ll assist her in solving the crime. If that isn’t the stratagem of a great detective, I don’t know what is.

This apparently humdrum agency in Warren Street—somewhat embellished by the slogan “Finds missing people, dead or alive, even when it’s themselves they are looking for”—becomes the centre point of a string of profound investigations in the Maisie Dobbs series, spanning fifteen books penned by the ingenious Jacqueline Winspear.

Miss Dobbs is certainly not your average private detective, often relying less on straightforward investigative skills and more on her extraordinary talent for uncovering the innermost secrets of her suspects and clients. And, aided by lovable caretaker turned associate detective, Billy Beale, Trade and Personal Investigations slowly develops a reputation in postwar England for its methodical inquiries and thorough results. If you have a  heart wrenching mystery to solve, Miss Dobbs is the lady for the job.

As a lover of the obscure, I just had to include my father’s favourite childhood hero, the great West German comic strip private detective, gadget aficionado and “Sherlock Holmes look-alike”, Nikolaus Kuno Freiherr von Knatter.

The wild and often ridiculous antics of Knatterton’s one-man detective agency, created by Manfred Schmidt, appeared in weekly installments in the German magazine QUICK from 1950 to 1959 and were a respite for the people of West Germany during the long years of the Cold War. Knatterton’s crime-solving aids included the occasional gadget, an exceptional memory and hijinks   off-set by a continuous stream of pertinent political witticisms. Before long, the latter caused Knatterton to be banned in East Germany, which of course only made the iconic detective even more popular. 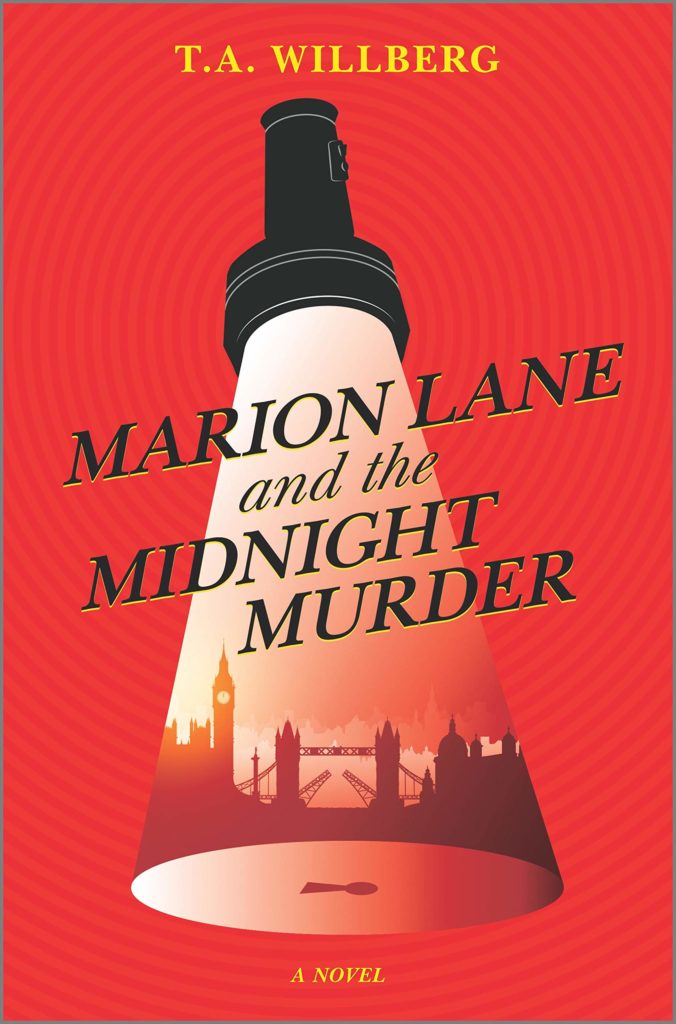 T. A. Willberg was born in Johannesburg, South Africa, and grew up on a smallholding outside Durban surrounded by horses, sheep, chickens, and more snakes and spiders than she cares to recall. She currently lives with her partner in Malta, where she divides her time between chiropractic and writing. Marion Lane and the Deadly Rose is her second novel. 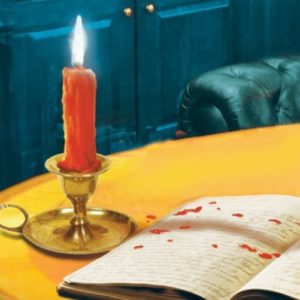 Another week, another batch of books for your TBR pile. Happy reading, folks. * Tara Moss, The War Widow (Dutton) “Rich...
© LitHub
Back to top