The Best Nonfiction Crime Books Coming Out in January

A modern-day Robin Hood, corrupt doctors, and a cover-up in Chicago

A look at the month’s best new true crime books and critical studies. 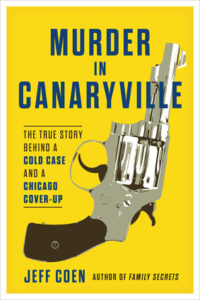 Murder in Canaryville: The Triue Story Behind a Cold Case and a Chicago Cover-Up, by Jeff Coen
(Chicago Review)

James Sherlock, a consummate detective and appropriately named, came from a family of Chicago police. After his own long career with the department, he was headed toward retirement when he came across a cold case, the murder of seventeen year old John Hughes on the Southwest Side of the city. The case, with its flickers of a broader story of corruption, came to consume him, and as he chased down leads and connected the dots, he began to see a bigger picture, one that implicated figures from all corners of Chicago. Coen now tells the story of that investigation with a hardboiled edge and a vivid sense of place. 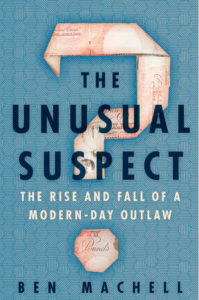 The Unusual Suspect: The Rise and Fall of a Modern-Day Outlaw, by Ben Machell
(Ballantine)

Stephen Jackley was one of the many global youth whose eyes were opened to economic inequality during the 2007-08 financial crisis, when he was then still a university student. In Jackley’s case, however, the revelation drove him into an audacious plan: he decided to start robbing banks, in order to redistribute the spoils among the needy. He thought of himself, naturally, as a modern-day Robin Hood, and even marked the bills he gave away to the poor with the initials, “RH.” Ben Machell, an accomplished features writer with close access to Jackley and the diary he was keeping during his string of robberies, brings an intensity to the young man’s story that makes for a captivating and genuinely surprising read. 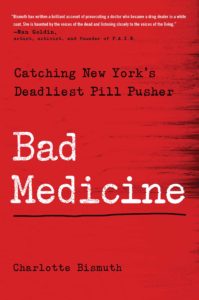 Bismuth was a young ADA in New York City who developed a particular expertise early on in what would come to be known as the opioid epidemic. She was assigned to prosecute Dr. Stan Li, who was running a pill mill in Queens, supplying up to seventy patients a day with regular, dangerous doses of oxycodone and Xanax. Li’s predatory “treatments” spread like a fire, devastating a community, in a now all-too-familiar story. Bringing Li to justice became a mission to Bismuth and her fellow prosecutors, and she now has a fascinating chronicle of their efforts, as well as the devastating effects of opioid-related “bad medicine” across the country. 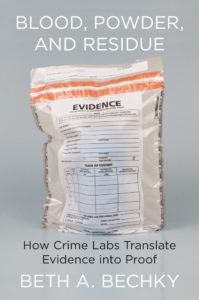 A finely-observed, nuanced portrait of the day-to-day lives of forensic workers in a big city crime lab. Bechky put in the work to make this book unlike any other around, immersing herself in the working lives of forensic experts as they practiced their science and struggled with the very real complications of translating that into legally admissible evidence that could be comprehended by laymen and used in criminal trials. This is a fascinating study of an area of the crime world that’s popularly renowned, but often misunderstood. 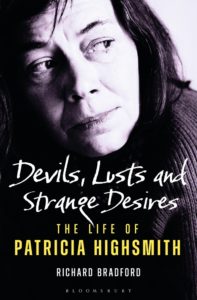 A new biography of Highsmith is always a welcome addition, particularly as the author’s diaries will soon be published for the first time. Highsmith remains one of the most complex and conflicted figures in twentieth century literature, and Bradford’s project is to take her on those very terms, balancing biography, critical readings and archival research. The book’s title is taken from a New Year’s Eve 1947 entry from Highsmith herself, and gives you a clear sense of the book’s focus: “My New Year’s Eve Toast,” Highsmith wrote: “to all the devils, lusts, passions, greeds, envies, loves, hates, strange desires, enemies ghostly and real, the army of memories, with which I do battle—may they never give me peace.” 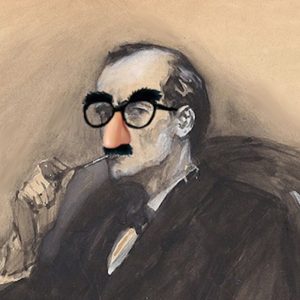 The gentleman thief Arsène Lupin, who is both expert cat-burglar and brilliant detective (as well as a master of disguise),...
© LitHub
Back to top