Journalists under attack, cyber crime fighters, and a Victorian era killer with a fascinating brain. 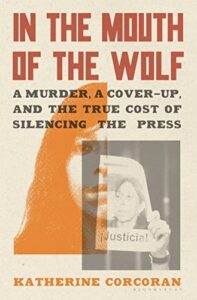 Katherine Corcoran, In the Mouth of the Wolf: A Murder, a Coverup, and the True Cost of Silencing the Press
(Bloomsbury)

A powerful chronicle of the life, work, and murder of Regina Martínez, a trailblazing journalist whose stories in Proceso exposed major corruption in the ranks of Mexican politics, and who was brutally killed in 2012. Corcoran, AP bureau chief in Mexico at the time of the killing, trains a sharp investigative eye on the events leading up to the murder and the desperate coverup that ensued. –DM 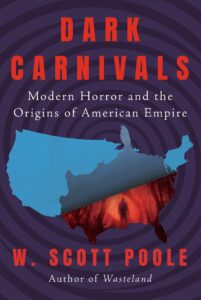 This book’s thesis is quite fascinating: W. Scott Poole writes of horror cinema, fiction, and culture as a path towards obliquely understanding an America that is an empire, and deliberately blind to this fact. He sets up two opposing narratives of horror: the Jaws story, where we are all happy in a 1950s America where threats come from the outside, attack us arbitrarily, then are defeated with order restored, and The Texas Chainsaw Massacre narrative, where the cannibals have made a mockery of American manifest destiny and the naïveté of the teenage victims is such they almost deserve their suffering. There is no more vibrant field of criticism than writing on horror, and Dark Carnivals is a worthy addition to a growing field. –MO 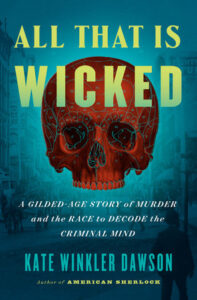 Kate Winkler Dawson, All That Is Wicked
(Putnam) 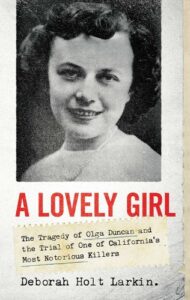 Deborah Holt Larkin, A Lovely Girl: The Tragedy of Olga Duncan and the Trial of One of California’s Most Notorious Killers
(Pegasus)

Larkin revisits a gruesome crime from her childhood in California. A local woman, killed; investigation reveals a troubled relationship with her mother-in-law, who had a disturbing attachment to her son and a history of trying to get rid of her daughter-in-law. Now, Larkin takes a new look at the case, the players surrounding it, and the communities that were torn apart in its aftermath. –DM 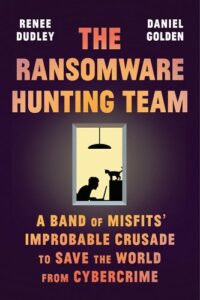 Renee Dudley and Daniel Golden, The Ransomware Hunting Team: A Band of Misfits’ Improbable Crusade to Save the World from Cybercrime
(FSG)

Dudley and Golden, respectively a technology reporter and senior editor at ProPublica, weave a vast and intricate story about a global crime and the ragtag band of volunteers who have assembled to step in where law enforcement was unable or unwilling. Profiles of the ransomware hunters – scattered across the globe, and each coming to the fight with nuanced personal motivations – push this book along at a swift pace, adding an interesting human element to a problem that can often seem impenetrable to outsiders. For anyone interested in the modern reality of global cyber-crime, this is a must-read selection. –DM 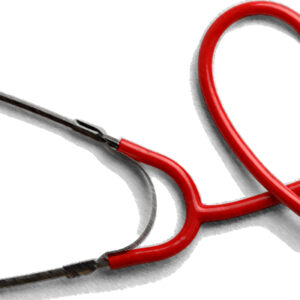 For twenty years I wanted to write about the world I knew as a medical resident, but I could never find the way to do so. There...
© LitHub
Back to top