I binge-watched all six seasons of Gossip Girl the summer after I turned fifteen. It’s been seven years since then, but I remember vividly that the entire time I was watching, a question nagged at the back of my mind. Not: Who is Gossip Girl? But: When exactly do these characters find the time to study?

That was certainly my primary concern as a scholarship student at an expensive Beijing private school—not unlike the one I wrote about in my debut YA speculative novel, If You Could See the Sun. By the time I got around to binging Gossip Girl, I had attended that school for almost five years, surrounded by the children of diplomats and celebrities and big company directors. I had grown accustomed to the world of the rich, and yet was continually surprised, fascinated and intimidated by it. I watched Gossip Girl from the perspective of a wide-eyed, stressed-out student, and so when the moment came to write my own private school book, I couldn’t help writing it from the perspective of a wide-eyed, stressed-out student too, someone who was observing the inside from the outside. I couldn’t help dwelling on both the glamorous and the corrupt nature of the elite. I couldn’t help remembering the insurmountable academic pressure, the fear of being beaten, the weight of being the best. In the end, I couldn’t create something in the vein of Gossip Girl without injecting into it all the things that thrilled and scared me.

In If You Could See the Sun, the protagonist Alice Sun also shares such fears. As the only scholarship student at an elite Beijing boarding school, invisible amongst classmates who are far more popular, powerful, and privileged than she is, studying is her sole means of changing her fate and creating a better life for herself and her family. But when she learns that her working-class parents can no longer afford her expensive tuition, she realizes that studying alone is no longer enough. She needs to make money, and fast. Fortunately—or, perhaps, unfortunately—a unique solution presents itself: she discovers she has the power to literally turn invisible, and with invisibility comes the opportunity to find out whatever secrets her classmates want to know, for a price.

Just from the short description, the parallels to Gossip Girl might be evident: both are set at prestigious, exclusive institutions, both delve into the glitz and glam of the wealthy, and both deal in scandals and secrets. This is one of the reasons why I like to reference Gossip Girl as a comp and a source of inspiration for my debut. But where the thriller elements become more prominent in If You Could See the Sun are when you factor in the stakes. After all, for characters like Serena van der Woodsen and Blair Waldorf, the extravagant, outrageous, often-vicious world of the rich is ultimately still their world. As viewers, all the drama and scheming that unfolds on-screen is highly entertaining, for we know that no matter what disasters are bound to unfold, the characters are probably going to be fine. They have a safety net, other options. For someone like Alice Sun, however—who relies on financial aid just to attend her current school, whose parents work long hours just to provide for her, whose family’s attempt at chasing the American Dream ended before it’d even really begun—the world of the rich is one she’s only witness to, but never a part of. Her world is one of scarcity, of survival. There is no backup plan; she’s the person responsible for mapping out a plan for her family’s future. And so with everything she does, every task she accepts and attempts to complete for her illegal invisibility business, I wanted there to be an undercurrent of tension: the ever-looming threat of getting caught, of losing all that she and her parents have worked so hard for, of hitting a dead-end and having nowhere else to turn to. If thrillers are characterised in part by anxiety, then what greater and more familiar anxiety is there to a working-class child of immigrants than failure?

To be clear, I didn’t actually set out to write a thriller. My plan was simply to write the kind of Gossip-Girl-esque elite boarding school story I grew up reading and watching, from the point of view of someone who wants everything but has nothing. Yet, in shifting the angle a little and zooming in on the shadows beneath the shine of gold, wealth becomes alienating; becomes a form of resentment; becomes a point of envy. The wealth on display in a drama like Gossip Girl is sometimes absurd but always enticing, a fun fantasy for the audience to lose themselves in; by contrast, the wealth on display in a thriller can feel menacing. As it turns out, the line between genres can be so remarkably thin.

If Gossip Girl is one of the two comps I always like to reference for my book, Bad Genius is the other. Produced by Jor Kwang Films, the 2017 Thai heist thriller film follows a genius high school student who isn’t out to steal cash or coveted, multi-million dollar jewellery, but to help other students cheat on tests. Here, the stakes, or the framing of the stakes, also plays a crucial part in setting the tone; while cheating on an exam might sound relatively low-stakes as far as most thrillers go, the pressure-cooker school environment and class inequalities create the perfect, nail-biting, edge-of-your-seat degree of suspense. This is a film that gets it: the dogged pursuits of academic success at all costs, the class tensions that run just beneath the surface of prestigious school settings, the breathless race to the top, the fervent belief that acceptance into a good university will mark both the beginning and end of your life. And so, if asked which scene in If You Could See the Sun feels the most thriller to me, I wouldn’t name any of the more dangerous and illegal heists Alice signs herself up for as the plot takes a darker turn. Instead—at risk of venturing into spoiler territory—I would point to the scene where Alice, with her to-do-lists and big ambitions and streak of straight-As, has to take a test she’s forgotten to revise for. There is no physical harm imminent, no police sirens blaring or dead bodies hidden in a basement, but if Bad Genius has taught me anything, it’s that thrillers don’t necessarily need those things to be thrilling. Thrillers just need the threat of something truly terrible to the protagonist, and to Alice, the threat of underperforming in a test feels even more terrifying than death. 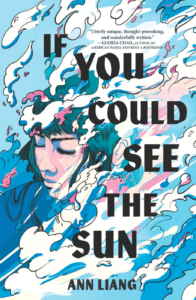 Ann Liang is an undergraduate at the University of Melbourne. Born in Beijing, she grew up travelling back and forth between China and Australia, but somehow ended up with an American accent. When she isn't stressing out over her college assignments or writing, she can be found making over-ambitious to-do lists, binge-watching dramas, and having profound conversations with her pet labradoodle about who's a good dog. If You Could See the Sun is her debut novel.

Pumpkins and Peril: Halloween Mysteries For Us Scaredy Cats 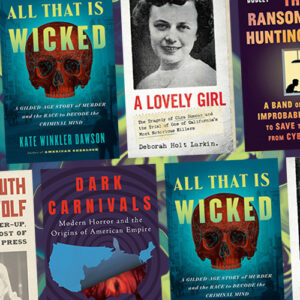 The CrimeReads editors select the month's best new releases in nonfiction crime. Katherine Corcoran, In the Mouth of the Wolf:...
© LitHub
Back to top