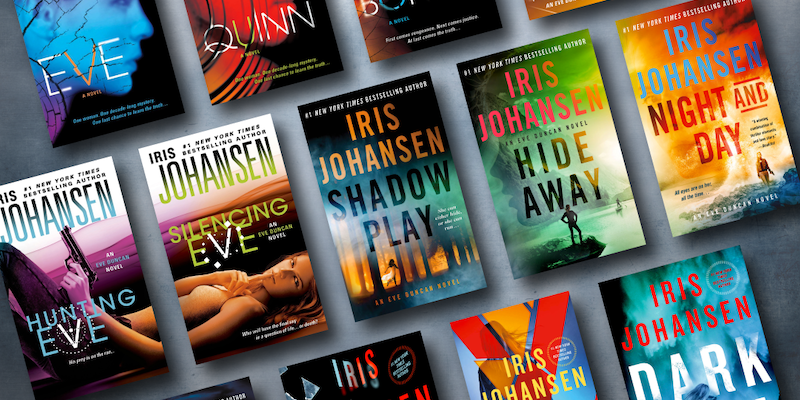 Bestselling Crime Writer Iris Johansen On Her Series Protagonist, Eve Duncan, and the Relationships That Define Her Work

If you want to know who your favorite author really is, there’s one sure-fire way to find out. Not by reading the bio on the back-cover flap. Nor reading the author’s Wikipedia page. Nor even coming to one of our book signings and meeting us face-to-face. No, I’ve always thought the best way to know an author is by taking a long look at their characters.

There’s some of me in all my characters, no matter how good or bad. Not only do I have to understand those people and what makes them tick, I must be them as I create their stories. I’ve shared their triumphs and experienced every brutal failure; I was there as they matured and changed through the years. It’s only natural that my blood, sweat, and tears would be on those pages. Okay, maybe not blood, except for the occasional paper cut. But you get the idea.

So clearly all my characters are near and dear to me, but there are two who hold special places in my heart: Eve Duncan and her adopted daughter Jane MacGuire. I introduced Eve in Face of Deception, when her wounds were still raw from losing her daughter Bonnie to a serial killer. I’ve been through some trying times (haven’t we all?), and it was important to me that Eve face her issues with the same grit and determination I aspire to in my own life. She has the love of a good man in Joe Quinn, but Eve is very much her own woman. Along with the toughness, there’s tenderness that is very much a part of her character. She is shaped by the tragedy in her life, but she refuses to be defined by it.

Jane MacGuire entered Eve’s life in The Killing Game (which, incidentally, became a 2011 cable movie starring Laura Prepon). Jane was a precocious ten-year-old orphan who played a key role in the case and also in Eve’s development. Jane is marked for death by the same serial killer who may have killed Bonnie, and the adventure offers Eve a chance to rescue this little girl in a way she couldn’t for daughter. Eve and Jane form a bond that I think is both touching and unique. Jane is no pint-sized damsel in distress; like Eve, she survives by her wits and toughness. At the end, when Eve decides to adopt Jane, their relationship is based on mutual love and respect. It’s the kind of relationship I enjoyed with my own mother and with my two children.

Shortly after that, I took several years off from Eve and Jane. I received letters from readers almost daily, but I didn’t feel I had anywhere to go with their relationship. Better to leave them alone than to risk selling short two of my favorite creations. I explored other characters, and in the process, other parts of myself. The Search introduced search-and-rescue specialist Sarah Patrick and her dog Monty, which allowed me to revel in my lifelong love of dogs; Fatal Tide brought forth dolphin researcher Melis Nemid, whose story continued years later in Shadow Zone, a thriller I wrote with my son Roy; No One To Trust introduced former assassin Elena Kyler in adventure that allowed me to tie up the story of Sean Galen, a reader favorite from years before.

For years I thought I was finished with Eve Duncan and Jane MacGuire, even as emails from my readers (and editors) grew more insistent.

During this period I probably wrote more “standalone” books than at any other time in my career, but I don’t feel any less attached to those single-appearance characters. As with all my others, these people are a part of me. But not every character lends itself to a series, at least in my mind, despite the enthusiasm of readers. My standalones include sleep researcher Sophie Dunston (Killer Dreams), computer genius Rachel Kirby (Storm Cycle), archaeologist Emily Hudson (Deadlock), arson investigator Kerry Murphy (Firestorm)and avenging angel Nell Calder (The Ugly Duckling), and each one is precious to me. All those books were bestsellers and I certainly could have continued the stories. But I explored each of the characters as much as I wanted, and I felt my journey with them had come to an end by the final pages of their first—and only—book.

Other characters, however, have taken up permanent residence in my life and work. Roy and I have written seven Kendra Michaels novels (the eighth comes out next year), and we have no plans to slow down. Catherine Ling has appeared in several books so far, and she’ll also be back soon.

For years I thought I was finished with Eve Duncan and Jane MacGuire, even as emails from my readers (and editors) grew more insistent. But I finally hit upon an idea that jolted the series alive for me: what if I picked up their relationship almost a decade later, when Jane is a young woman? Almost as much time had passed in the real world, so it wasn’t a totally outrageous idea. I was fascinated to explore where Eve and Jane’s relationship stood after all those years. And again, it was rooted in my own experience, since my son and daughter had become young adults. Eve and Jane still had their strong mother-daughter bond, but they had also become friends that they can each count on as they go through life. In the books that followed they shared not only adventures but tragedy and learned the true depths of their bond as never before. I’ve loved exploring the contours of their adult relationship, and it has enabled me to allow Jane to branch out into adventures of her own. Those books have spawned even more additions to my gallery of characters, a group that will surely grow in the years to come.

What’s next for Eve and Jane? I can’t say for sure, no more than I can say for sure what’s next for me. Whatever happens, I know I can count on them holding a mirror to my own life, showing me a bit more about myself than I could ever imagine when I sit down to write. Because on some level, they are me and I am them. And I can tell you it’s going to be a fun ride.

Iris Johansen is the #1 New York Times bestselling author of more than 30 consecutive bestsellers. Her series featuring forensic sculptor Eve Duncan has sold over 20 million copies and counting and was the subject of the acclaimed Lifetime movie, The Killing Game. Along with her son Roy, Iris has also co-authored the New York Times bestselling series featuring investigator Kendra Michaels. Johansen lives near Atlanta, Georgia. 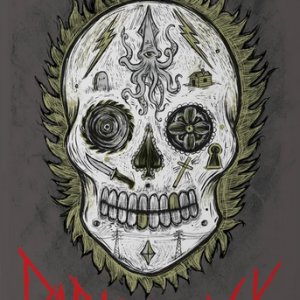 THE INFAMOUS CLUTTER HOME FROM TRUMAN CAPOTE’S CRIME CLASSIC IN COLD BLOOD   Literary tourists have an unprecedented...
© LitHub
Back to top