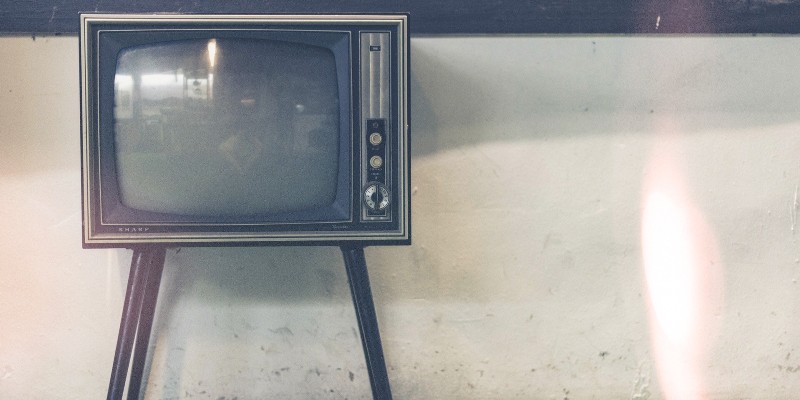 On Inheriting My Mother's Obsession with Murder

Since I was a young child, my mother struggled with health conditions whose diagnosis and treatment engendered multiple tests and procedures. A gynecological problem she never named in my hearing led to a hysterectomy; at nine, I was her “little nurse,” eagerly fetching the codeine that took the edge off her pain as she lay immobilized on the living-room couch. Next, flare-ups of diverticulitis, an inflammation in the lining of the intestine, sent her to the emergency room, and then back to the hospital for invasive tests. Her many treatments proved ineffective. Her agony filled the very air I breathed. My mother’s body and its sufferings were bewildering to me. 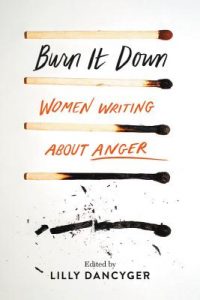 Not long after the diverticulitis diagnosis, Mom set aside the mystery novels she had always loved, that seemingly endless supply of titles by Agatha Christie and her imitators. In their place, she devoured the work of Ann Rule and other true crime writers, of which there also seemed to be an endless supply. A housewife in an empty house, she filled her silent afternoons with stories of physical torment. I was in my early teens, the youngest of five children and the last kid left. When I returned from school, she couldn’t wait to relate the tales she’d been immersed in.

I tried to stop her. “Mom, please, I don’t want to hear—” She would not let me interrupt her. She talked excitedly over my protests. She wasn’t trying to teach me to avoid danger in the world. All day, she’d waited to share the thrillingly strange particulars of the murders she’d read about. The pressure to repeat the gory details built up inside her, page after page, blow after blow. If she had tried to tell my father when he came home at dinnertime, he wouldn’t have bothered to listen to her. He didn’t listen to her talk about much of anything. Being ignored infuriated her.

Mom didn’t have friends, and her relationships with her older sisters were strained. She had never been good at bonding with female peers. My siblings were young adults, busily pursuing careers. Until my sisters called home or came to visit, there was no one to hear my mother out but me.

I have forgotten most of the details of her stories; I pushed them from conscious awareness as soon as she finished talking. Rule’s Small Sacrifices is the only title that stands out in my mind, probably because the perpetrator in this case was a woman: Diane Downs, who shot her three young children, killing one and critically injuring the other two. Mom, whose life had once been wholly centered on her kids, her days spent cooking elaborate meals and wrangling heaps of laundry, loved heaping scorn on this murderous mother: “She didn’t even bother to take care of them, and then when her boyfriend said he didn’t want kids, she decided to get rid of them! What man is worth that?” In my mother’s mind, men weren’t worth much of anything.

I was the wrong audience for Mom. I was a shy, sensitive, anxious girl; I shouldn’t have been made to listen to tales of blood and death, pathological lusts and unthinkable betrayals. Besides being disturbed by the content of her reading material, I thought my mother was wasting her keen mind on these narratives. I’d never read one, but I assumed they were all badly written. I remembered how, when I was a little girl, she had filled small notebooks with definitions of words she’d come across and looked up in the dictionary. Those notebooks were gone by now. I wondered when exactly my mother had given up on improving herself.

I tried to get her interested in a story I loved, Edith Wharton’s Ethan Frome. It’s literature, Mom. Not one of your gross little books.

She struggled to finish this short novel. I couldn’t understand why: her true crime books were often six hundred pages long. I was stunned when she admitted, “It’s just so boring.” Had she not understood it? Was she just immune to good writing? It didn’t occur to me in my adolescent condescension that the world of Ethan Frome, with its desperate, isolated characters, was too close to my mother’s life. That violent tales offered her a much-needed escape from loneliness and disappointment.

We looked alike, with our dark hair, hazel eyes, and rounded hips, and we both suffered from depressive moods, but I was saddened that we had no interests in common. I didn’t understand why she insisted on reading about grotesque violence. I wouldn’t understand for decades.

Later, Mom developed another inflammatory condition, diagnosed first as colitis and then as Crohn’s disease. One doctor, viewing the images from one of my mother’s many colonoscopies, bluntly stated that the walls of her intestines looked “like hamburger.” Her diet became increasingly restrictive, and yet her belly wasn’t any better for it. Medications didn’t help, and the tests she continued to endure yielded no new ideas for treatment. She was hospitalized several times for rectal bleeding. She died when I was twenty-nine, her heart weakened by the surgery that had taken part of her colon.

In my late thirties, I was stunned to find that I’d become a frequent patient, like Mom. It took two surgeries, three weeks apart, to remove my cancerous thyroid. Sixteen months later, the discovery of blood clots in my leg and both of my lungs led to another round of invasive treatments.

The year after the blood clots, I found myself drawn to true crime TV programs.

There were few such shows when I was a teen in the 1980s. Those were the days before 24-7 crime networks like Investigation Discovery and Oxygen. My mother had to pursue her obsession through books.

By the time I started watching in 2009, true crime was everywhere on TV. I’d catch an episode of Forensic Files here, an episode of 48 Hours Mystery there. I am not obsessed the way Mom was, I told myself. I just happened to find these programs, one at a time; I wasn’t yet actively looking for them. I wasn’t spending hour after hour immersed in the details of murder on the page.

But why was I suddenly interested in the visual presentation of the very kind of stories that had once shocked and frightened me?

When my interest in true crime TV became a full-blown obsession, I started binge-watching the most graphic programs I could find, for three or more hours at a stretch. At that point, I had to face the fact that I had fully adopted Mom’s preoccupation. And in time, I would come to acknowledge that I had experienced life-saving medical procedures as violence. Rationally, I knew my doctors only wanted to help me, yet my flesh had been invaded all the same.

A blade was a blade, and blood was blood. With that realization, I came to accept that I had been traumatized.

Late at night in the darkness of my living room, sitting close to the TV screen in order to absorb the reenactment of physical attacks and the crime-scene photos of crumpled, bleeding bodies, I began to recognize myself in the victims. I had not been accosted by criminals, but my body didn’t know that. My body, I realized, couldn’t tell the difference between a scalpel and a knife, even though one was used to save life while the other was used to destroy life. A blade was a blade, and blood was blood. With that realization, I came to accept that I had been traumatized. And with that acceptance, I could begin to process the psychological fallout of my medical treatment.

I have to wonder if my mother was drawn to true crime because of her own medical history. Her flesh had been invaded many more times than mine. It doesn’t seem like a coincidence that soon after the diagnosis of a painful condition, she began reading about victims of violence, the way I had begun seeking out the same kind of stories after enduring medical procedures. I wish she were alive so that I could ask her if she saw a connection. I wish we could watch programs about stalkers and serial murderers, killer husbands and crazed wives, and talk about medicine and crime. We could discuss Ann Rule, whose books I’ve come to appreciate for their careful research and vivid portraits of killers, victims, victims’ families, and survivors. I would tell Mom I understand how she needed to be transported from her loneliness, anxiety, and depression, and only the bizarre, gripping details of true crime books could accomplish that task. I would tell her I, too, need an escape when I feel alone or worried or desperately sad; I, too, urgently need to talk about the shows I watch, and I’m lucky I’ve found people who share my interest. I can talk to my friends or my partner. On most days, until I left for college, my mother had only me.

I would tell her that I forgive her for frightening me when I was a teenager. I can now accept that she laid the groundwork for my obsession, and I even feel oddly grateful to her for doing so. True crime helped me to understand my medical experiences by forcing me to see a connection between the controlled, acceptable violence of medicine and the criminal’s unsanctioned transgressions. True crime is a part of me now—something Mom gave me, something that connects me to her and allows me to begin to see her whole. I’m not finished with onscreen gore; I’m not done exploring what has happened to my body. I don’t know if I’ll always seek out true crime programs, but I know I’ll always think of my mother when I do.

Marcia Trahan is the author of Mercy: A Memoir of Medical Trauma and True Crime Obsession (Barrelhouse Books, 2020). She earned a master of fine arts in writing and literature from Bennington College. Her work has appeared in The Rumpus, the Brevity Blog, Fourth Genre, apt, Clare, Anderbo, Blood Orange Review, Connotation Press, Kansas City Voices, and the LaChance Publishing anthology Women Reinvented: True Stories of Empowerment and Change. Marcia lives in South Burlington, Vermont, with her partner, Andy, and their crazed feline companion, Bela.

Good Girls, Weeds, And The Problem with Suburban Criminality on Screen 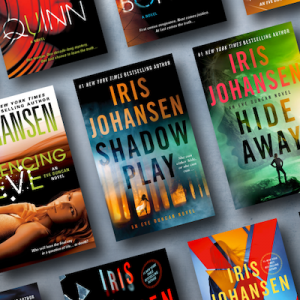 If you want to know who your favorite author really is, there’s one sure-fire way to find out. Not by reading the bio on the back-cover...
© LitHub
Back to top