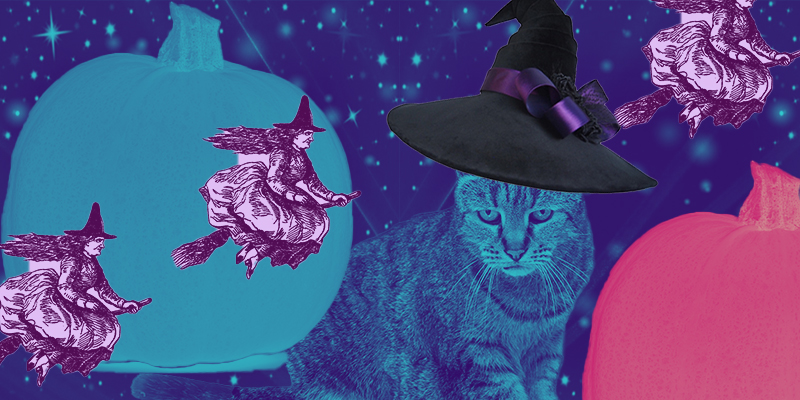 Oh, we live in troubled times, don’t we? I could list all the things wrong with the world, but why bother? All you have to do is turn on the TV, or scroll through social media, or simply walk down the street and you’ll likely be inundated with the many terrible crises we’re all facing. Who needs more of that? No, instead of reminding you of what’s wrong with the world, I’d like to offer you an escape. An escape to a world that seems much like our own but with a few key differences. It’s a world where you can expect to be handled gently. Where you can snap your fingers or wiggle your nose and life becomes miraculously easier. Here you can rest safely in the knowledge that there are forces of good working behind the scenes, and, if you’re lucky, you might just catch a peek through the veil to other side. It’s not only a world where comfort is savored and valued; it’s one where justice always prevails, killers are always caught, and the murders are at least a little bit cozy.

I am, of course, talking about the world of paranormal cozy mysteries. In these delightful excursions for the troubled mind, you’ll often find magical culinary treats, faithful animal companions with keen investigative instincts, spellbinding bookshops and B&Bs, and maybe even the occasional ghostly visitor offering help from the great beyond. Sounds nice, doesn’t it? If you think so, make yourself a cup of tea, grab your coziest blanket, and allow me to introduce you to a few enchanting series that are guaranteed to add magic to your life. 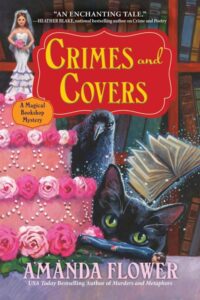 First up we have Amanda Flower’s Magical Bookshop Mystery series. Who doesn’t want to spend time a magical bookshop? And at this charming little store, you don’t pick the books…the books pick you. In the fifth installment of the series, Crimes and Covers, our bookshop owner and amateur detective, Violet Waverly, is shocked when her Christmastime wedding reception is interrupted by the dead body of a woman floating by on the frigid Niagara River. Brrr, pass me my blanket. The apparent motive?  Hard to say, but maybe it has to do with the victim’s rare first edition of Henry David Thoreau’s Walden. Fortunately, the bookshop’s magical consciousness has Violet’s back. Maybe a few quotes from Walden will help uncover the killer. I can relate deeply to this premise. There are definitely some books I’d kill for, metaphorically speaking. In the cozy world, the murders stay on the page. 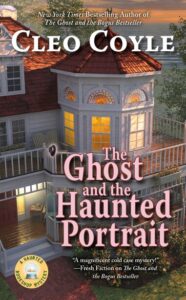 The Ghost and the Haunted Portrait by Cleo Coyle

Next up we have Cleo Coyle’s The Ghost and the Haunted Portrait, Book 7 in the Haunted Bookshop Mystery series. Here we have Rhode Island bookshop owner Penelope Thorton-McClure attempting to uncover the mystery surrounding a spooky portrait of a beautiful woman, who supposedly went mad. Turns out fatal accidents tend to befall those around the painting leaving Penelope to turn to ghost detective Jack Shepard (think 1940s PI) to crack the case.  Is the portrait cursed? Or is a killer on the loose? I know what you’re thinking. You had me at spooky portrait of a beautiful, mad woman. Who doesn’t need more spooky portraits in their life? But wait, there’s more. In this cozy tale, Seymour, the local mailman, falls in the love with haunting image, buys it, then refuses to give it up even with all the fatal accidents. How great is that? The only problem I can see is that I’ll probably have the song Suddenly Seymour from Little Shop of Horrors stuck in my head until I reach the last page—but that’s probably just a “me” problem. 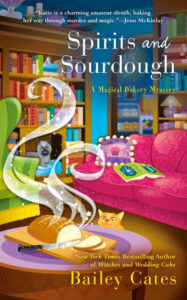 Spirits and Sourdough by Bailey Cates

Okay, but maybe magical bookstores, gumshoe detectives, and haunted portraits aren’t your thing. I mean clearly something is very wrong with you if that’s the case, but I’m not here to judge. If so, perhaps I can tempt you with Spirits and Sourdough, the tenth book in Bailey Cates’s Magical Bakery Mystery series. Now I tend to think all food is magical, but I’ve never tasted anything from the Honeybee Bakery in Savannah, so I suspect I’m missing out. Here our detective, Katie Lightfoot, a hedgewitch, can do more than whip up enchanting pastries. (To be honest, I could probably read three hundred pages solely devoted to eclairs, macaroons, scones, biscotti, and the like, but that’s neither here nor there.) No, when a psychic tells our enchanting baker that she is being followed by the ghost of a murder victim, according to the blurb “…Katie will have to use all of her magical skills to start an investigation from scratch and avoid half-baked alibis, because this baker kneads to find a killer.” Chef’s kiss to the author of those puns. I’m smiling already. 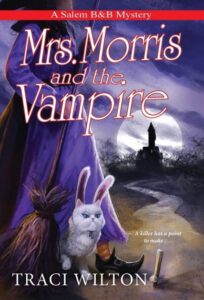 Mrs. Morris and The Vampire by Traci Wilton

Next, we have Mrs. Morris and The Vampire, the fifth installment in Traci Wilton’s Salem B&B Mystery series. This captivating story offers a packed B&B, an annual witch ball, and a self-proclaimed vampire from Romania creeping on younger women. Again, I know what you’re thinking. Self-proclaimed vampire? What more could I possibly need? How about a handsome ghost-doctor who assists our detective, B&B owner, Charlene Morris, when the vampire is found dead with a hole punched through his chest? Sigh. Where were all the handsome ghost-doctors when I was single? I guess that’s why we have book boyfriends. 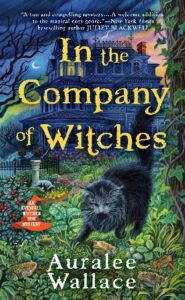 In The Company of Witches by Auralee Wallace

Now that I’ve whet your murderous appetite with this sampling of magical cozies, I think it’s a good time to introduce In the Company of Witches—by yours truly—the first in the Evenfall Witches B&B Mystery series. My little tale is about a family of old-school witches who have been using their powers for over four hundred years to quietly help the citizens of their sleepy New England town. And they run a B&B. Because who doesn’t love the coziness of a B&B? There has never been a problem my witches couldn’t handle until a demanding guest, Constance Graves, dies in her room under suspicious circumstances. In the past, my amateur detective, Brynn Warren, most likely would have been able to solve the crime pretty easily. As a witch of the dead, Brynn had always been able to see and talk with ghosts just like she would anyone else, but she lost the ability to communicate with the other side when her husband died. As a result, she has to rely on her aunts’ magic and some good old fashioned detective skills to solve the crime. Oh! And to further help her along the way, there is also a somewhat haughty Maine-coon cat named Faustus and an opinionated crow named Dog. You’re welcome.

Well, there you have it. I hope I have inspired you to get your cozy on. If so, go find your slippers, stir up some hot chocolate, and light the fire (only if you have a fireplace, of course—remember, murder stays on the page) because it’s time to indulge in some magic. And don’t feel bad about shutting out the world. There is no shame in your sparkle game. At times, we all need our murders to be a little cozy.

Auralee Wallace is the author of multiple novels, including the Otter Lake mystery series. She has an undergraduate degree in psychology and a master’s degree in English literature, and she worked in the publishing industry for a number of years before teaching at the college level. She lives in Ottawa with her family. Learn more online at auraleewallace.com. Her latest book, In The Company of Witches, is now available.
http://auraleewallace.com 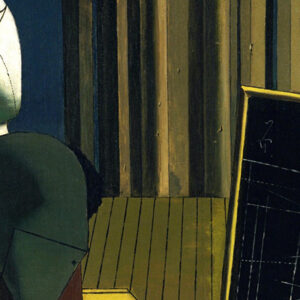 Consider the moment you wake from a nap into disorientation so pure, the first thing you see when you open your eyes—a...
© LitHub
Back to top