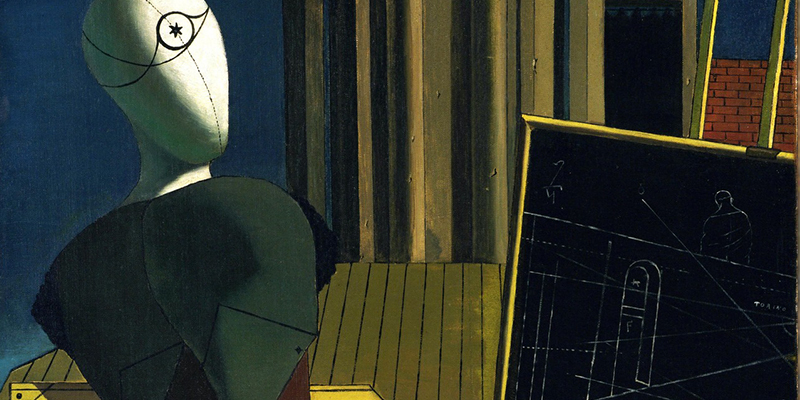 "it’s the off-kilter portrayal of the mundane, where reality comes unstitched in a vaguely sickening way, that really gets under your fingernails..."

Consider the moment you wake from a nap into disorientation so pure, the first thing you see when you open your eyes—a lamp, a windowsill—is distorted and unfamiliar. You glitch. Draw a blank.

Imagine a distillation of this perception as an elusive high. I’d argue that the kind of fiction that bottles up this feeling and pours it down your throat is more terrifying than any haunted house, vengeful ghost, or Little Kid Who Sees Things.

That’s not to say that the time-honored elements of horror can’t be used to great and satisfying effect, or reconfigured into something wholly fresh. I’m not one to mess with the staples that make up so much of the horror I love. But it’s the off-kilter portrayal of the mundane, where reality comes unstitched in a vaguely sickening way, that really gets under your fingernails and lays its quivering eggs.

Kathe Koja’s remarkable novel, The Cipher, sparks with ceaseless, unpredictable energy, like the whole book’s been slathered in Pop Rocks and tossed in the bath. Right away, we’re inside the head of the narrator, Nicholas, killing time with his partner in bad quasi-romance, Nakota. There’s a kind of ‘90s slacker stasis in their world defined by substances and toxic relationships—but a new unreality emerges right away, in the form of a black, seemingly bottomless hole in the floor of a storage room in Nicholas’s rat-trap apartment building.

This is the Funhole, described as “not even something but some—process.” It’s this lack, this weird entropy, that manifests as a sort of mission drift that seeps from the Funhole into the lives of Nicholas, Nakota, and their circle of fellow artists and “artists.” They put things in the hole and the things come back changed. You turn pages. Every now and then the spell breaks and you step back and remind yourself that the action here—what’s drawn you completely into its spell—is two people putting things into a hole in the floor.

The fact that all of this is freaky as hell in a lingering, subcutaneous way, is a testament to the transformative energy of Koja’s style. The ability to make such propulsive transfigurations out of very little is a hallmark of the kind of fiction I’m talking about here. Less “about” a thing than a dissection of the elements that act on the thing.

If you like, you can locate Koja’s work in the eye of the Weird Fiction storm. Whatever label you want to give writing defined by such techniques, you know it when you see it. You’ll find it creeping into fantasy, sci-fi, and every other genre you can think of. For me, one of the defining characteristics of this slippery little approach is its ability to trigger some chemical reaction inside you with just a few words, entire stories pared down to a phrase that seems plucked straight from your nightmares.

Brian Evenson’s short story, “Black Bark,” contains one of the most startling evocations of this—a turn of phrase that sticks in your head like a Top 40 earworm from hell. The action of the story itself is simple. Two men, Sugg and Rawley, presumably a pair of Wild West bandits though never explicitly introduced as such, are riding into the wilderness after a narrow escape. Sugg, shot in the leg, is dying from blood loss.

There’s nothing overtly horrifying or capital-W Weird about this story until the two men take shelter in a cave while Rawley waits for Sugg to die. But Sugg doesn’t die. Instead, Sugg tells Rawley the story of black bark. This story-within-a-story is thrilling in the way it makes you feel suddenly untethered by its telling. There’s nothing to latch onto while Sugg speaks. The reader, like Rawley, is increasingly nonplussed. Nothing in the story’s accumulation of incident has prepared you for this.

But Sugg isn’t done. Later, after disappearing and reappearing despite his horrible wound, Sugg offers up these words to Rawley, words that threw me for an absolute loop and lodged in my head forever—the why of it all be damned:

The story of not black bark. The inverse of what is already inexplicable. A void flipped inside out. Evenson drops us into a moment for which there is no precedent, and he accomplishes it with very few words. A turn of phrase, precisely placed, timed for maximum freakiness.

It’s like you’re walking through a Giorgio de Chirico painting full of architecture that should be beautiful but is rendered sinister by some technique beyond your understanding. Yet when you step back and take stock of the elements that make up the atmosphere you’re in, there doesn’t seem to be anything wrong. Go back to sleep. Everything’s fine.

Or, stay up. Stick around. You’re outside the bounds of what bookstore shelves would call “horror,” but you feel its slow creep nonetheless.

Take Kafka. He’s not in the horror section, but the absurd, inescapable torments everyone knows as Kafkaesque are foundational horror tales. I can only speak for myself here, but I firmly believe that my first thought upon waking from an uneasy dream to find that I’d been turned into a cockroach wouldn’t be “what an absurd situation,” it would be sheer, mind-melting terror from which I would never recover.

Samuel Delany’s Dhalgren is another example of a book no one would ever shelve as horror. It’s a sprawling sci-fi WTF of a novel by a true master of the inexplicable. And yet here, in Delany’s autumnal city of Bellona, is the kind of recursive world where Koja’s characters would feel right at home, where they might find an infinite number of Funholes in an infinite number of derelict apartment buildings. Bellona’s also the kind of borderless place that could hold Kafka’s Amerika, where a bridge connects New York to Boston.

Delany’s vast textual city—unfolding in a book that begins mid-sentence—makes a definitive, 879-page argument for horror being a state of mind, a genre-defying cloud that darkens entire cities. There’s a scene in Dhalgren where the characters come upon a warehouse full of props that have recurred throughout the novel, and it’s easy to imagine a place like this at the bottom of Koja’s Funhole. Delany’s work contains an entire universe of the uncanny, where the everyday is nothing but distortion, and reality is so easily constructed from the detritus of afternoon dreams. 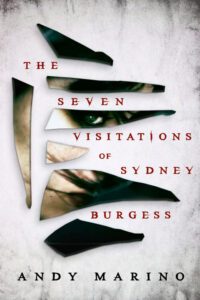 Andy Marino was born in upstate New York, spent half his life in New York City, and now lives in the Hudson Valley. He is the author of seven novels for young readers, most recently THE PLOT TO KILL HITLER trilogy. THE SEVEN VISITATIONS OF SYDNEY BURGESS is his first novel for adults. 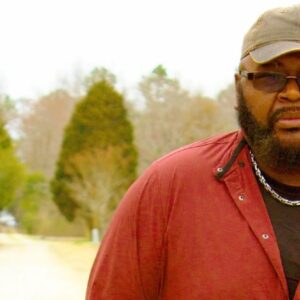 Shawn “S.A.” Cosby is a writer who needs no introduction. He’s everywhere. His latest novel, Razorblade Tears, was an instant New...
© LitHub
Back to top